THE STORY OF UNLIKELY PARTNERS:  HOW A FAMILY FROM  VIENNA AND A NETWORK OF WEST MANI FAMERS PRODUCE HIGH QUALITY, ORGANIC OLIVE OIL 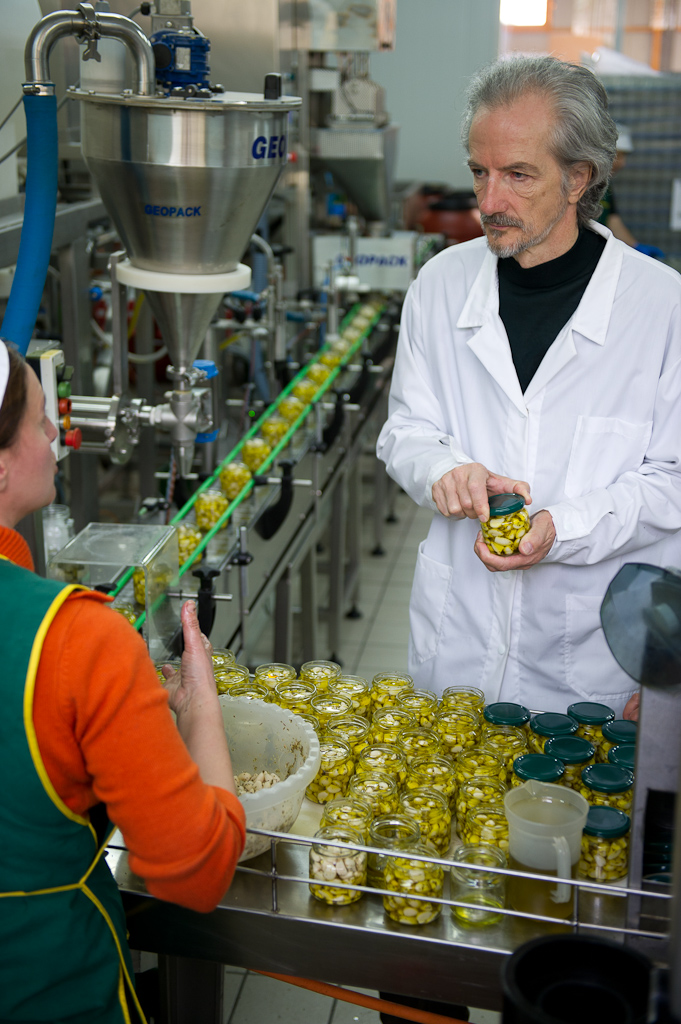 BY AURELIA, Special to the Hellenic News of america

In the late 60’s and early seventies when highly creative people chose to lead unconventional lives, Burgi Kerck could be found playing  Austrian folk songs and classical music on her violin on the streets Vienna.   Her future husband, Fritz Bläuel, was living in a commune in central Vienna.   There was little evidence then that this couple would be pioneers in changing the way olive oil is produced in the Mani region of the Peloponnese in Greece.

Today Burgi and Fritz work with a network of five hundred farmers in West Mani producing organic, extra-virgin olive oil and selling it world-wide.  And…they employ sixty local people in their factory.  With its roots in the late 1970’s, it is the oldest and largest farming project of its kind in Greece.

Prior to working with Bläuel, farmers would produce their own olive oil and ship it to Italy in big silos.  Now they bring their table olives to Mr. Bläuel’s factory to be processed, or their olive oil is filtered and then filled into bottles at the factory; the bottles are shipped to importers in may countries world-wide. Through “organized organic agriculture,” the farmers receive higher prices for their organic oil.  It has improved the environment, also, because organic matter in the soil of the groves has increased and helped the local fauna and flora greatly while “healing” the natural cycle of nature.

“The network of farmers cooperating with our company is now well-established,” Mr. Bläuel said, adding, “we are producing organic olive oil in accordance with the highest quality-criteria on all levels.”  Not only is the Bläuel Company one of the important employers in the Mani area, it is one of the major bottling and exporting companies of olive oil in Greece.

The company has received numerous international awards, the most recent in 2014 and 2015 when it won the Gold Award at the New York International Olive Oil Competition and the Silver at BIOL ITALY.  In 2013, it received the Prestige Gold at Terra Olive in Jerusalem and Silver at competitions in Athens and New York.  It received awards, also, during competitions in Japan, Los Angeles, Germany, and the U.K.

The couple’s son, Felix, took over management of the company in 2009 and their daughter, Julia, studies Environmental and Bio-Resource Management in Vienna and keeps the family alert to new developments in the field.

In addition to the olive oil business, the couple owns a Bio-Hotel open year-round  offering workshops from April to September  in personal development, including yoga, meditation, health, good sleeping, beauty, art, and good food.  It is located in Pyrgos, a mountain village close to Stoupa.

A Summer Music Festival takes place at the hotel in a setting much like a mini Epidaurus Theatre, the ancient masterpiece. Its cascading stone seats surround a round stage in a lush landscape.  This year, twelve concerts, ranging from classical, jazz, flamenco, to modern, will be presented every two weeks by various artists.

For the current season, the opening program featured Polyglophonic Mediterranean and Gypsy music, and it will close in September with a piano recital of compositions by Haydn, Ginastera, and Prokofiev,  In between,  a Classic Harp Ensemble will play Mozart, Bach, and Offenbach, a voice duo, accompanied by a pianist, will sing  classic Greek songs, a jazz duo will entertain, and dance selections will be presented by a quartet with lute, violin, percussion, and a vocalist.

The setting for these concerts in an outdoor bistro surrounded by flora and fauna, is unique.  They begin at twilight, just before sunset, with the Mediterranean sky as the curtain. The concerts are one of the major cultural events in the Mani area and are  a favorite destination for tourists who are driven to and from the site in a comfortable bus.  For further information, please visit this website:  www.blauel.gr

All photos were taken by the Bläuel family.

Aurelia is a professional travel writer specializing in articles about the Greek mainland and its islands.  Please visit her website at:  www.sweetspotsofgreece.blogspot.com.  She is the author of two novels, “A Lone Red Apple,” a whimsical tale of mischief and mayhem unfolding on Mykonos, and “Labyrinthine Ways,” a compelling tale of life and love in the mountain villages of Crete.

She is currently in Kardamyli in the Peloponnese and writes her articles in an apartment overlooking the Messinian Bay at Hotel Liakoto.  Visit the hotel’s website at: www.anniska-Liakoto.com.  For further information on air travel to the Mani and accommodations in the area, please contact [email protected] 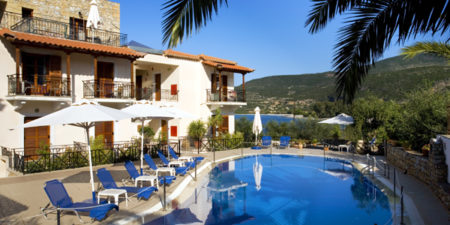