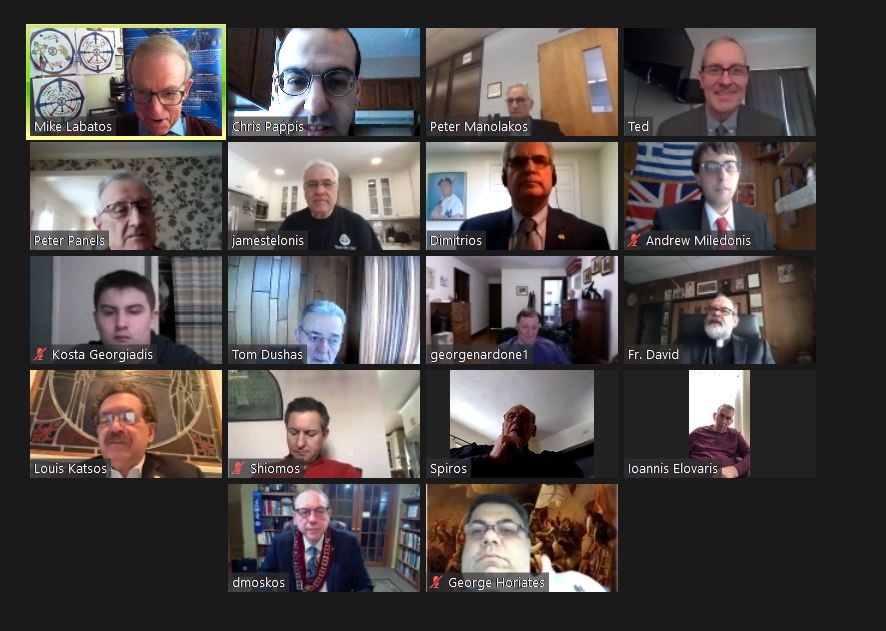 Syracuse AHEPA Chapter 37 held a member initiation event by Zoom on February 20, 2021. Colonel Theodore H. Limpert took the oath and became the newest member of the chapter. Brother Theodore (Ted) is a distinguished highly decorated Veteran Air Force Fighter Pilot, and well known as a good Samaritan in the community.

The chapter’s event was also attended by the family of Brother Dimitrios Georgiadis who passed in 2020. Mrs. Eleni Georgiadis and her sons Kosta and Niko were given Honorary Membership in the Syracuse Chapter. We are proud to have them in our chapter’s family. The event was well attended with Supreme President George Horiates who administered the oath, Region 3 Supreme Governor Thomas Dushas, District 6 Governor Louis Katsos, District 6 Lt. Governor Dean Moskos, District 6 Secretary Chris Pappis who acted as co-host and Past District 6 Governor Demi Pamboukes.