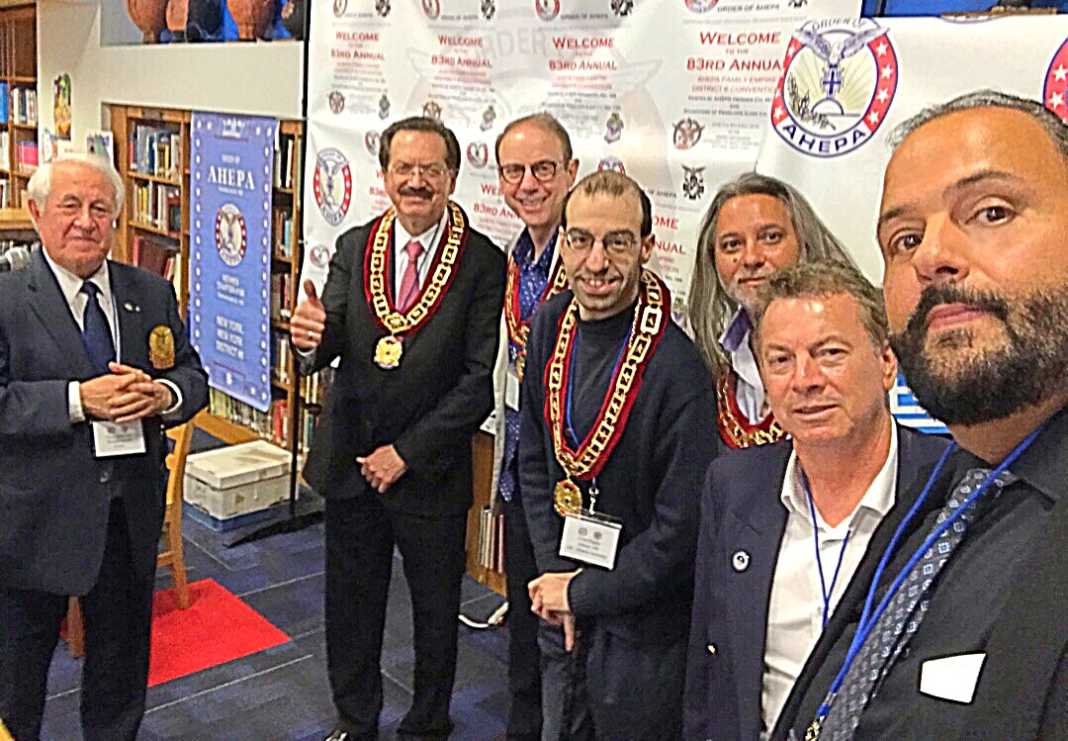 On June 7-9th 2019 the AHEPA (American Hellenic Educational Progressive Association), New York State District 6 AHEPA Family gathered at the Cathedral of Saint Demetrios and the Petridis Cultural Center in Astoria, New York City for the 83rd Annual AHEPA New York Empire State District Convention. AHEPA District 6 boasts the largest District with the most Ahepans in the world. The Convention included Ahepans, Daughters of Penelope (DOP), and the junior orders, the Sons of Pericles (SOP), and the Maids of Athena (MOA). All chapters across the State from all the orders were invited representing chapters traveling from across all around the 62 Counties of the State of New York.

The convention was hosted by the historic AHEPA Hermes Chapter 186 of Astoria New York and its, President, and Former District Marshal George Zouvelos, and co-hosted by the Daughters of Penelope Ilion Chapter 135, President Mary Stell. Hermes once boasted as the largest AHEPA chapter in the world (over 400 members) with some predominant members being John Cassavetes a Hellenic- Greek-American actor, film director, and screenwriter. Aristotelis “Telly” Savalas a Greek American film and television actor and singer, writers, musicians, artisans, philanthropists, prominent judges, elected officials, doctors, lawyers, and many others. Hermes President George Zouvelos served as Master of Ceremonies welcoming the voting delegates, alternates and guests to the convention, voting and celebrations.

On Saturday night, after the regular business had successfully concluded, all AHEPA orders were invited to Central Lounge in Astoria for Dinner, Drinks, Music, Dancing and Cigars Hosted by the AHEPA Hermes 186 Chapter, and it’s President George Zouvelos. On Sunday morning June 9th, 9AM at the Greek Orthodox Cathedral of Saint Demetrios of Astoria, Ahepans, DOP, SOP and MOA with family and friends celebrated the Divine Holy Liturgy. Afterwards, in the church hall, the AHEPA Hermes and DOP Ilion Chapter’s hosted the breakfast that also catered gratis to all including the church laity and clergy. Following the breakfast and speeches, the crowds enjoyed viewing the world-renowned Greek American Folklore Society dressed in traditional Hellenic Greek garb.

“I congratulate the newly elected New York State District Governor Ilias ‘Lou’ Katsos and his District Lodge, as It was my personal pleasure and honor for me, and my Hermes CH. No.186 of Astoria, along with the DOP Ilion CH. 135 to host this historic 83 Annual AHEPA and Family Convention in Astoria, New York City, the very heart and cradle of Hellenism in the United States of America. I’m also honored to be elected on the NYS District 6 Lodge as Warden, where I had previously also served two decades ago as District 6 Marshal.  I thank and congratulate the outgoing Governor Demi Pamboukis and his District Lodge, as well as thanking the entire NY State AHEPA Family for their support and attendance which made the convention a tremendous success, and all the hard-work gratifying and worthwhile. I look forward as serving as District Warden statewide, as I further assist to grow my Hermes chapter, AHEPA, DOP, SOP and MOA, here and abroad, as we in tandem promote good Civics, Hellenism and Hellenic ideals everywhere and to everyone. ΖΗΤΩ Ο ΕΛΛΗΝΙΣΜΟΣ ΠΑΝΤΟΥ!”, stated George Zouvelos, President of the AHEPA Hermes Ch. No. 186 of Astoria, New York City; District 6 Warden; and former NY State District 6 Marshal.