Tsipras: The EU must actively take initiatives to restore peace in Ukraine 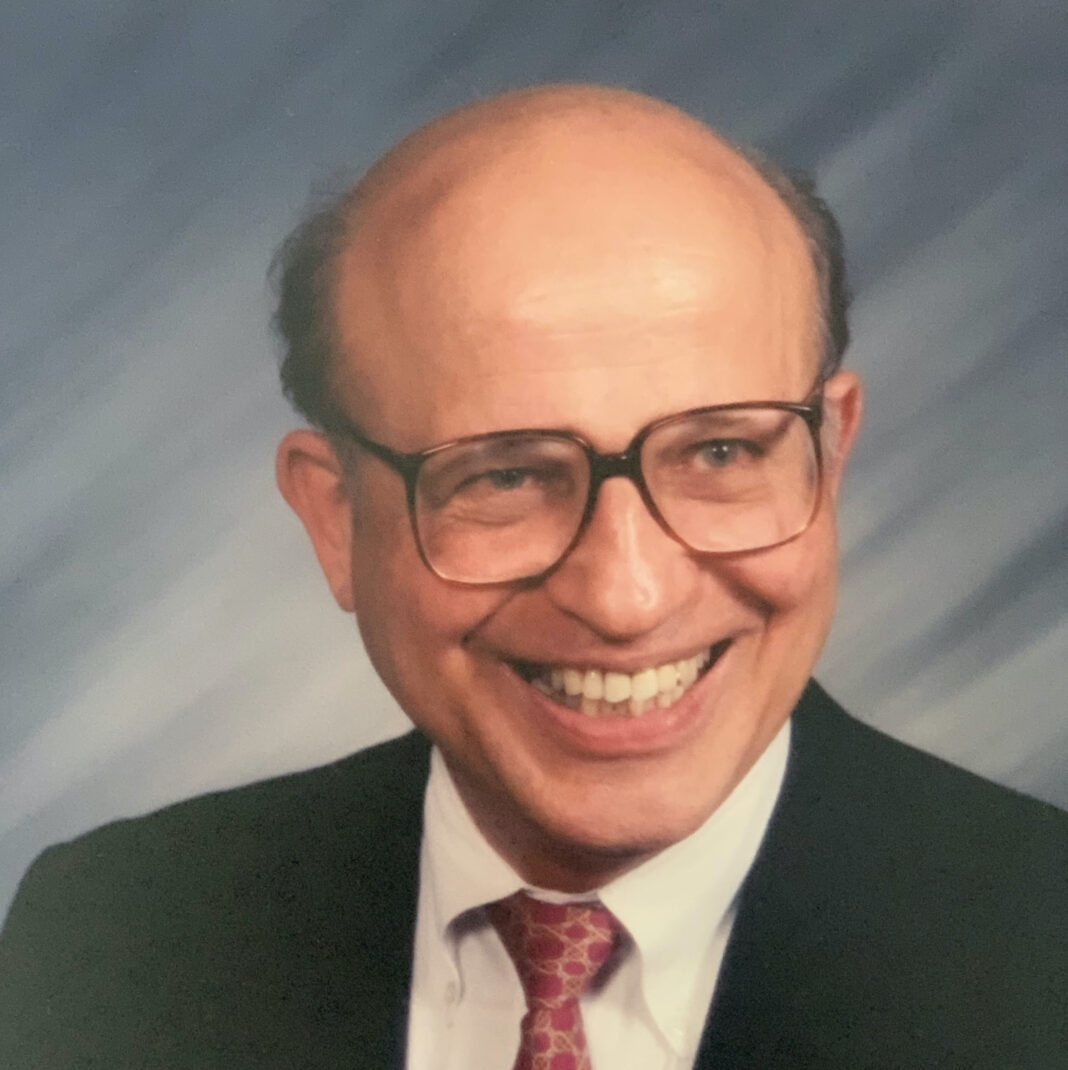 It is with profound sadness the American Hellenic Institute (AHI) announces the passing of its founder and former president, Eugene (Gene) T. Rossides, who died May 16, 2020. He was 92.

The global Hellenic community mourns a tremendous loss. On behalf of AHI’s Board of Directors, President Nick Larigakis, staff, and members, we convey our deepest sympathies to his wife, Aphrodite; his children, Michael, Gale, Eleni, and Alexander; and the entire Rossides family.

A proud American who never lost sight of his ancestry, Gene Rossides championed and inspired a generation and more to advocate for the rule of law, for Hellenism, and justice for Cyprus. He provided a lifetime of service and dedication to America, Greece, Cyprus, and Hellenic ideals. The Greek American community and Hellenic diaspora are in a far better place because of Gene Rossides.

Gene Rossides will be remembered for his many contributions to the law, legal scholarship, athletics and government service. He understood that United States foreign policy must be grounded on ethical principles and not only national power. He was the first Greek American to be confirmed by the U.S. Senate to an Executive Branch office. He served as Assistant Secretary for the United States Treasury in the Nixon administration.

In the wake of the Turkish invasion of the Republic of Cyprus in 1974, Gene Rossides founded AHI to advocate for US interests in U.S.-Greece-Cyprus relations. He was the architect of the most substantial policy victory for the rule of law in Cyprus which was achieved with bipartisan support — the United States embargo on transfers of US arms to Turkey which took effect on February 5, 1975 and remained in effect until 1978.

“Without that office and staff, we would not have succeeded in passing the historic rule of law arms embargo against Turkey,” Rossides told The National Herald in a 2010 interview.

Gene Rossides also founded the American Hellenic Institute Foundation (AHIF) in 1975. It was the first “think tank” devoted exclusively to the study of policy issues involving the Greek American community and contemporary Hellenism. He was serving as a director on the board of AHIF at the time of his passing.

The American Hellenic Institute remains committed to the ideals of Gene Rossides and pledges to continue promoting his ideals and foreign policy values.

For his extraordinary leadership of AHI and his contributions to the Hellenic diaspora, Gene Rossides received numerous honors, awards, and accolades from governments, the Orthodox Church, Hellenic heritage and diaspora organizations. During his lifetime, Gene also received significant recognition as a distinguished athlete at Columbia University, starring at quarterback during the university’s “Golden Era” of football. Included among his many honors, awards, and achievements are:

Induction into the AHEPA Hellenic Athletic Hall of Fame

The New York Times obituary of Gene Rossides can be viewed here.

“It is with a heavy heart that I reflect upon Gene Rossides and what he meant to the community, AHI, and me, personally,” AHI President & CEO Nick Larigakis said. “I am forever indebted and grateful to Mr. Rossides for his leadership, guidance, and mentorship over the decades. I am most appreciative of his entrusting me with the opportunity to lead the AHI, of which its mission he valued so deeply. I have always tried to lead this organization in a way that always honors his name and the passion with which he championed the causes for which he cared deeply. In so doing, I am never under any illusion that I am replacing him because there is no replacing a legend; however, just to attempt to do the best I can to continue in his work and legacy. On a more personal level, I always considered Gene Rossides like a second father because I was always able to share with him things that I was never able to share with my father. He will be remembered as a man of virtue and integrity, a genuine man. Gene Rossides did what he did out of true conviction and principle, and in so doing, he advocated and fought for the issues for all the right reasons! I will miss him dearly and can only make him the promise that I will continue to carry out his work to the best of my ability, moving forward. May His Memory Be Eternal.”

“The American Hellenic Institute Foundation, its board members, supporters, and benefactors, profoundly lament the passing of its founder and mentor, Mr. Gene Rossides,” AHI Foundation President Constantine A. Galanis said. “He has been an inspiration to all of us in doing the right thing, a champion of the rule of law, and respected broadly on both sides of the Atlantic for his values and integrity. In honor of his memory, we will continue to work for the causes he bestowed on us with even more fervor and inspiration. May His Memory Be Eternal.”

Previous articleMeet Greek-American Congressional Candidate from Massachusetts: Chris Zannetos
Next articleDr. Philip Otterbeck opens up about his encounter with the novel Coronavirus