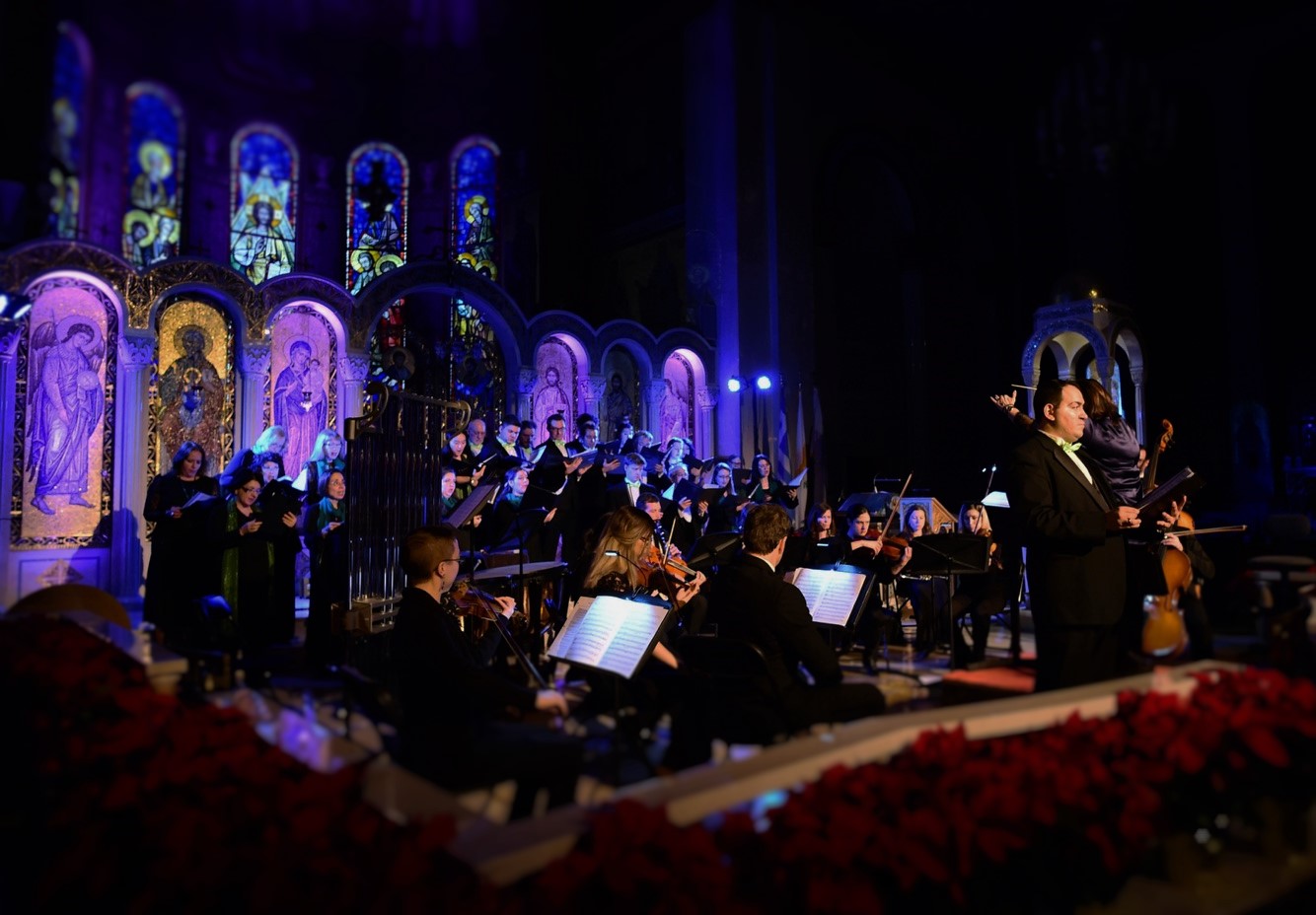 Concert highlights will include the world premiere of “Κατεπλάγη Ιωσήφ”, composed by Dawn Helene and orchestrated by Hilary Baboukis, as well as “Σήμερον γεννάται εκ Παρθένου”, “Λύτρωσιν απέστειλε”, the Hallelujah Chorus by Handel, “One Small Child” and “Little Drummer Boy” featuring the Cathedral Youth Choir, and some of the most famous songs and hymns of Christmas, such as “O Come all ye Faithful” and “Hark the Herald Angels Sing”, in both English and Greek arrangements. As always, there is a sing-along portion of the program and all faithful are invited to sing.

This year’s concert will be under the baton of Maestro Costas Tsourakis, the Greek-American baritone, and newly appointed music director. For the first time in its history, the concert will also feature the Cathedral Youth Choir, which was started by Maestro Tsourakis in September to teach the cathedral youth community about music and the hymns of the church.

The concert will be followed by a reception “The Flavors of Christmas” in the Cathedral Undercroft. The annual Christmas Concert at Holy Trinity Cathedral has become a staple in the New York holiday concert scene, continuing a tradition that began with the first Cathedral Christmas Concert under the baton of the late maestro Dr. Dino Anagnost in 1976.

A virtual concert version of “The Sounds of Christmas” will also premiere on December 23and be available through December 26.