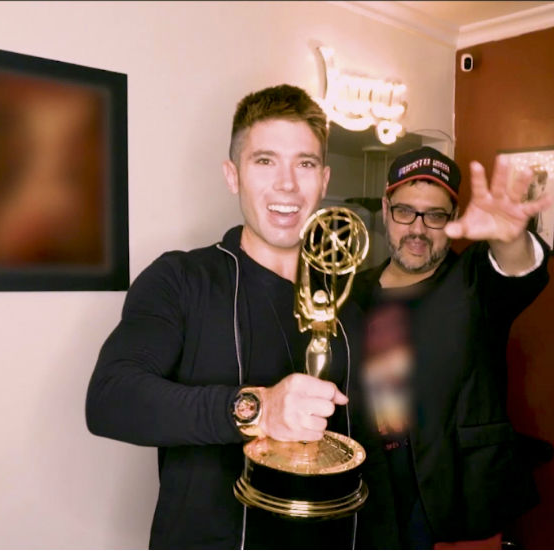 The cast and producers of the digital series The Bay on Amazon Prime have a major reason to celebrate. It won the coveted 2020 Daytime Emmy Award for “Outstanding Digital Drama Series.” This award was presented remotely on June 26 in a virtual ceremony that was televised on CBS.

Kristos Andrews stars as Pete Garrett in The Bay, and he serves as an executive producer on the show.

He spoke with the Hellenic News of America this past April about the upcoming 10th anniversary of the show. Andrews is also nominated for “Outstanding Lead Actor in a Digital Drama Series,” but the digital acting categories will be announced on Sunday, July 19, in a separate streaming Emmy ceremony.

“We are eternally grateful and humbled by this win. On behalf of #TheBayFamily thank you @DaytimeEmmys and this year’s judges for the win. It takes an army and we love our army. Congrats to all of this year’s winners and all the amazing nominees #BingeTheBay,” they exclaimed via a tweet.

The 2020 Daytime Emmy Award ceremony was held remotely this year and televised on CBS. The remainder of the digital drama acting categories will be presented virtually on Sunday, July 19.

Season 5 of The Bay is available for streaming on Amazon Prime.