NEW YORK CITY, November 5, 2018 — Nia Vardalos and John Stamos, actors of Greek descent, and The Hellenic Initiative (THI) are launching an online campaign to help rebuild the Greek Orthodox Lyreion Orphanage destroyed by wildfires in Greece last July. THI is a global nonprofit that mobilizes the Greek diaspora to support the Greek people.

To date, more than $200,000 has been raised and this new online campaign will generate even more funds to be funneled directly to the orphanage for rebuilding. Campaign donations can be made at The Hellenic Initiative Wildfire Relief Fund.

“My heart aches for these orphaned children who’ve been displaced from their home,” said Vardalos, a spokesperson for adoption, and author of The New York Times bestseller, “Instant Mom,” the story of adopting her daughter via American Foster Care. Social workers confirm the book has helped place more than 1,300 children in permanent homes. Vardalos donates all book proceeds to adoption charities. “Greeks living around the world care about Greece and rebuilding this orphanage is a way to help these children in need.” Vardalos’ family is originally from Kalavryta and Sparta in Greece. 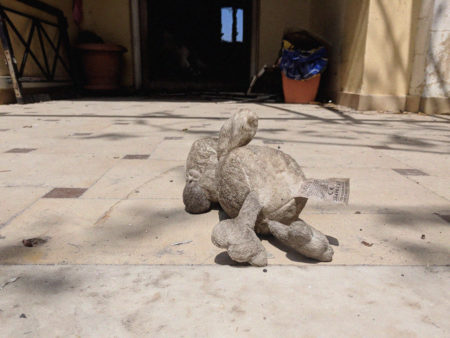 “As a new father, the perils these children face hit me particularly hard,” said first-time father John Stamos, whose son Billy was born this spring.” That feeling, coupled with the Greek embrace of philotimo, which is tough to translate, but means a sense of duty and honor and the desire to help others in need, motivated me.” Stamos’ family hails from the village of Kakouri in the Peloponnese area of Greece.

The summer fires, which claimed 90 lives across Greece, engulfed 50-year-old Lyreion orphanage in Neos Voutzas, Greece, on July 23. While there was no loss of life at the orphanage, which is on the outskirts of Athens, the site remains uninhabitable. The organization had housed 65 children in five homes — one of which burned down and two of which were severely damaged, as were administrative buildings. Other fire losses include the orphanage’s school buses, trucks, farm equipment, and a 1,000-tree olive grove that provided olive oil to the orphanage. 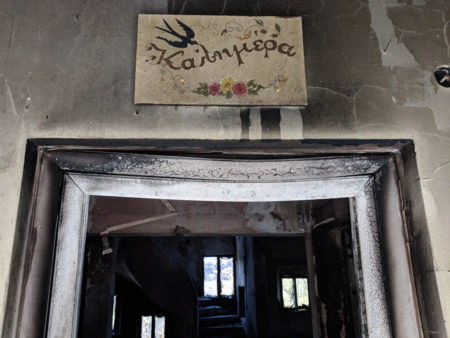 “We are grateful the Greek diaspora has come together to rebuild for the children, who are the future of Greece,” Mark Hadjipateras, board member and supporter of the Lyreion Orphanage said. “My family started the orphanage in 1967, so the work by Nia, John, and THI is close to my heart. Their generosity will go a long way toward making the dream of a new Lyreion come true.” Mr. Hadjipateras noted that the children are in temporary accommodations waiting for their new home to be rebuilt. The Lyreion Children’s Foundation is funded by donations, and does not receive subsidies. 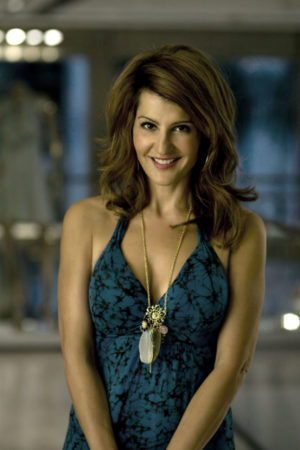 Nia Vardalos is the Academy Award and Golden Globe nominated writer and actor of “My Big Fat Greek Wedding” 1 and 2, “Connie and Carla,” “I Hate Valentine’s Day,” “My Life in Ruins,” and co-writer with Tom Hanks of “Larry Crowne.” Most recently, she starred in her acclaimed New York Times Critics Pick stage adaptation of Cheryl Strayed’s book, “Tiny Beautiful Things,” directed by Thomas Kail. Vardalos is also The New York Times bestselling author of “Instant Mom,” the true story of adopting her daughter as a toddler via American Foster Care. 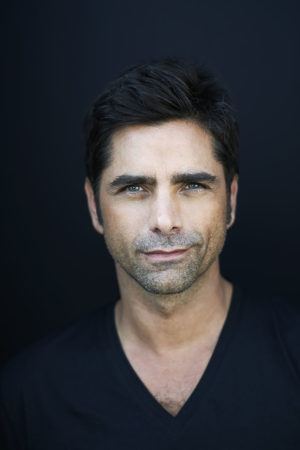 John Stamos is a two-time Emmy Award nominated actor and producer who has performed for more than 30 years across television, film, and theater. He is currently co-starring in Greg Berlanti’s new drama “You,” which premiered September 2018 on Lifetime. His many television credits include “General Hospital,” “Full House,” “ER,” “Grandfathered,” “Necessary Roughness,” “Galavant,” and “Scream Queens.” Stamos serves as a producer and guest star on the sequel to “Full House,” “Fuller House,” which premiered in 2016 and recently completed filming its fourth season. He has starred on the stage numerous times, including his Broadway debut in “How to Succeed in Business Without Really Trying” (1995), as well as “Cabaret” (2002), “Nine” (2003), “Bye Bye Birdie” (2009), and “Gore Vidal’s The Best Man” (2012). A drummer, singer and musician, Stamos has toured, recorded and collaborated with the Beach Boys for more than 30 years.

About The Hellenic Initiative

The Hellenic Initiative (THI), founded in 2012, is a global, nonprofit, secular institution mobilizing the Greek diaspora and Philhellene community to support sustainable economic recovery and renewal for the Greek people. THI’s programs address crisis relief through strong nonprofit organizations. THI also builds entrepreneurial skills in a new generation of business leaders. THI hosted its 6th Annual Gala in New York City on Friday, September 21, 2018 and raised more than $2 million in funds that will be invested in entrepreneurial programs in Greece and support crisis relief organizations — including rebuilding of the Lyreion Orphanage.