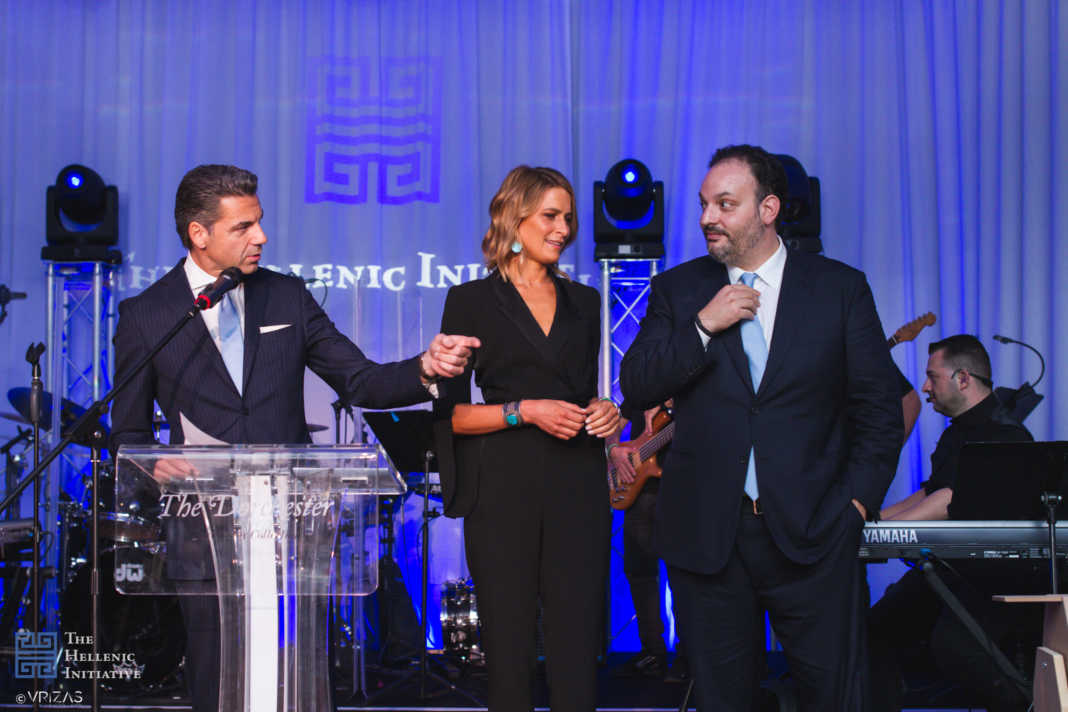 recognizing the work of HOPEgenesis and the Kivotos tou Kosmou

with a special performance by Mr. Antonis Remos

Sold out event raises over 250,000 GBP to fund THI’s work in Greece

Over 400 international guests attended THI’s 4th Annual Gala at the Dorchester Hotel in London on May 23rd.  The sold out crowd raised more than 250,000 GBP to fund THI’s philanthropic work in Greece.

The evening honorees were Kivotos tou Kosmou, which was established in 1998 by Father Antonios Papanikolaou, and provides special care and protection to vulnerable mothers and children in Greece. Mr. Stathopoulos presented the award to Father Antonios who accepted on their behalf.

The second honoree was HOPEgenesis, a nonprofit organization founded in 2015 in the field of medicine that addresses the issue of low birth rates in Greece. Its mission is to provide comprehensive medical care and treatment for women who become pregnant until the day they give birth.  HOPEgenesis’ is contributing to the revival, development and increase of Greece’s population.  Dr. Stephanos Chandakas, HOPEgenesis’ founder, accepted the award from Princess Tatiana on their behalf.

International recording star, Mr. Antonis Remos and his band, gave a very special performance and entertained the sold out crowd until well after midnight.

A silent auction with fantastic prizes including stays at luxury Greek hotels, like Mykonian Collection and Belvedere in Mykonos, jewelry from Vourakis, Kessaris, Serkos and Katramopoulos and one of a kind items from Mary Katrantzou, Vardas, Navarino Icons and MePe Greece raised over 40,000 GBP.  Greek food start-up sensation Carpo provided gift bags for all those in attendance.

Since its founding in 2012, THI has distributed over $15 million USD to support direct crisis relief and programs supporting entrepreneurship and economic development in Greece.