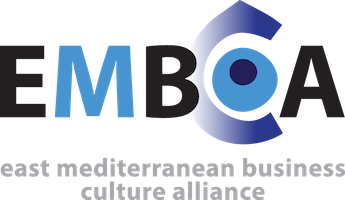 Join us for EMBCA’s, in Association with AHEPA’s Hellenic Cultural special event “The International Contribution of the Hellenic Merchant Fleet During WW 2 and the “Blessed” Liberty Ships” which will take place at the 3 West Club (3 West 51 St.) on January 24, 2019. Presenters will include EMBCA’s President and the Commission’s Vice- Chair Lou Katsos on the “ History of the Modern Hellenic Shipping Fleet”; author/ historian Alexander Billinis on the “Hellenic Merchant Mariners, Unsung Heroes of a Heroic Nation”; Sen. Leonidas Raptakis on the “Liberty Project”; James Tampakis, Owner of Marine Spares International, on The Refurbishing and Prepping of the SS Arthur M. Huddell ( Hellas Liberty), now a museum in Piraeus, with Remarks by Joseph C Keane, Chairman of AHEPA’s Hellenic Cultural Commission. This event will be the 3rd Lecture in the Seraphim Canoutas Lecture Series.

This year’s presentation, on the 10th Anniversary of the Hellas Liberty leaving Norwalk, Virginia under tow for Pireufs harbor, will further expand on the topic has introduced in the past, and now with AHEPA’s Hellenic Cultural Commission, on the important international significance of the history of the Hellenic Merchant Marine, its extraordinary sacrifices during WW II, and the story of the Liberty ships, a key component of restarting world trade after the war. It was the basis of the of the modern Hellenic owned fleet, one of the greatest entrepreneurship successes globally. The presentations will tie into what has previously discussed in other Hellenic Shipping panel discussions relating to the importance of erecting a monument in downtown Manhattan (working with the appropriate government agencies in identifying the space) that will have two purposes: 1. To commemorate the Hellenic Merchant Marine sailors and Hellenic shipping fleet targeted (over 2,000 killed and 70% of the fleet decimated) by the fascists during WW II (Hellenic ships carried most of the supplies for the Allied forces), and 2. To express gratitude to the United States for supporting the creation of the modern Hellenic Merchant Marine fleet thru the “Blessed” Liberty ships after the war and the historical friendship between the two nations. This help with Hellenic entrepreneurship in shipping has created what is now the largest merchant fleet in the world.

***SPECIAL 10th ANNIVERSARY on the HELLAS LIBERTY EVENT in Greece – For those who will be in Greece in February , on the 10th Anniversary of the Liberty Ship SS Arthur M. Huddle leaving Norfolk , Virginia and entering the Port of Piraeus to be renamed the Hellas Liberty maritime museum, is having its 3rd ANNUAL HELLENIC SHIPPING PANEL DISCUSSION there. President Louis Katsos will introduce the event with V.P. Konstantine Drougos and the panel currently in formation and remarks, will include Rhode Island Sen. Leonidas Raptakis, Hellenic Navy Vice Admiral Ioannis G. Pavlopoulos, and author, maritime historian and former ship owner George M. Foustanos. The event will be aboard the Museum Ship SS Arthur M. Huddell in Piraeus, Greece on February 8, 2019, by invitation.  The Hellas Liberty is one of three, out of originally over 2,700, still in operation. Let us know if you would like to attend.