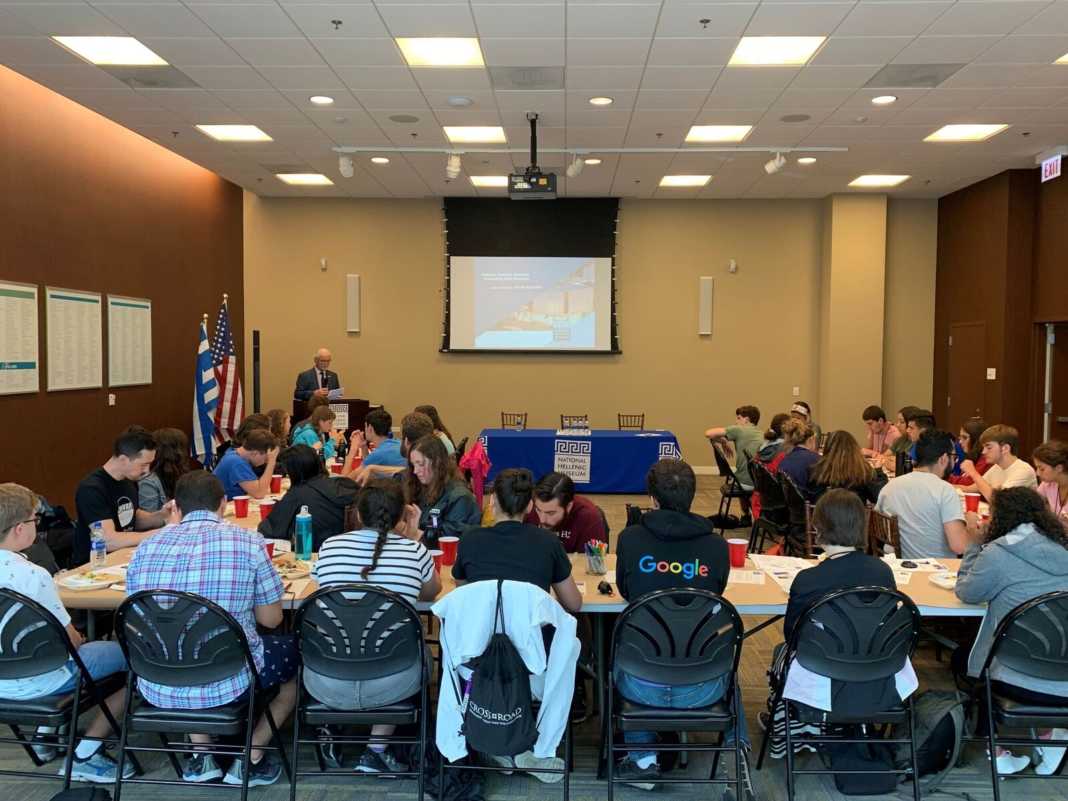 Young Hellenic scholars participating in CrossRoad, the 10-day academic institute run by the Hellenic College Holy Cross, attended a workshop, a tour and keynote luncheon at the National Hellenic Museum in Chicago this week, sponsored by the John P. Calamos Foundation.

The workshop focused on the oral histories and active listening, a cornerstone of the Museum’s Oral History Project.

Speaking about the workshop, Orthodox Vocation and Ministry Foundation Executive Director Ann Mitsakos Bezzerides, Ph.D., said, “I am praying it will bear fruits in the ways in which the students will begin to collect oral stories, think more deeply about both the refugee experience, and understand the profound vocation of the artist!”

Chairman of the Museum Board and founder of Calamos Investments John P. Calamos, Sr., who was awarded an honorary doctorate by HCHC last year, addressed the young scholars as the lunchtime speaker. In his address, Calamos spoke of the impact of philosophy, faith and heritage in achieving success saying, “Our family values and strong work ethic was very valuable to me, and gave me the foundation for any success I achieved.”

“The values Mr. Calamos spoke of are the essence of the Greek story in America, and capturing that is the crux of the Museum’s Oral History Project,” said NHM Director of Operations Kristi Athas. “We are so proud to have the opportunity to instill these values to carry forth in the next generation.”

“Preserving our heritage is an important part of the National Hellenic Museum’s mission,” Calamos added. “It is both meaningful and important for the Museum to be part of the CrossRoad experience in Chicago.”

CrossRoad hosts summer institutes on the HCHC campus in Boston and in Chicago, held primarily at the campus of North Park University on the city’s north side and including its visit to the NHM in Chicago, where the nation’s largest collection of Greek American artifacts is cataloged.