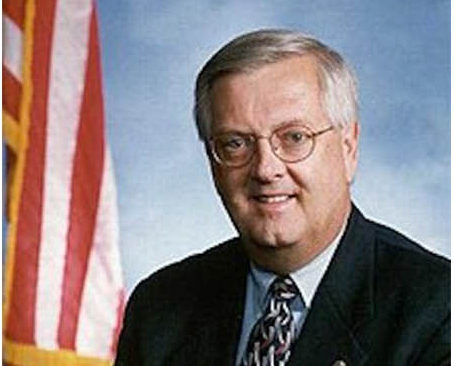 The book documents Weldon’s life in the fire service. He served as fire chief in his hometown of Marcus Hook, state fire instructor, and volunteer training director for one of the largest counties in Pennsylvania. He relates how he took the firefighter’s battle to Washington, D.C. as a 20-year member of the United States Congress, confronting a governmental bureaucracy unresponsive to the needs of career and volunteer first responders in Pennsylvania and across America.

In the most personal chapter, Weldon details what he calls the ultimate political arson – what he terms his ‘take-down’ two weeks prior to his last election. For the first time publicly, he details the story of how – and why – he had to be stopped from rising to become chairman of the powerful Armed Services Committee where he would have enjoyed unlimited subpoena power.

Weldon is a Delaware County native who graduated from Media High School, attended West Chester University, and received his teaching certification from Cheyney University.  He taught in the public school system in Delaware County, served as Mayor of Marcus Hook where he confronted outlaw motorcycle gangs, and volunteered for the Viscose Fire Company, becoming Fire Chief and President of the company.  Weldon served as a representative in Pennsylvania’s 7th Congressional district from 1987-2007 and during his tenure, co-chaired the House Oceans Caucus, co-authored the Family Medical Leave Act, and worked towards better relations with Russia, North Korea and China, traveling all over the world.

The public is welcome to all Press Club events.  Cost for November’s event is $25 for Press Club and Delaware County Bar Association members with advance reservations; and $35 for non-members, walk-ins and guests. Advanced tickets are recommended and can be purchased online at thepressclubpa.org.  Payments can also be made by cash or check at the door.

Copies of Awakening the Sleeping Giant – The Political Empowerment of America’s Heroes will be available for purchase at the event.  All proceeds generated from the sale of this book will be donated to “One World for Life,” a 501(c)(3) non-profit foundation dedicated to empowering firefighters and first responders in the United States and worldwide.

The Press Club is collecting personal items to be donated to vets at the Coatesville Veterans Hospital. Both men and women vets can use deodorant, razors, shampoo, conditioner, toothpaste, bath gel, and other toiletries. All are welcomed to bring donations to the November event.

Picture enclosed:  1. The Press Club’s November 19th “Salute to Those who Serve” event at Springfield Country Club features Curt Weldon with a Delaware County story unlike any other.  Advanced tickets can be purchased at thepressclubpa.org.

About the Delaware County Press Club

Founded in 1979, the Delaware County Press Club comprises professionals, active or retired, from the fields of communications, including print and broadcast journalism, public relations, marketing, writing and photojournalism, as well as communications teachers and students and professionals in allied fields.