The contribution of the Hellenic Diaspora in the forging of bilateral cultural relations between Greece and third countries is the key issue of the...
Read more
Church

By Perry N Halkitis, PhD, MS, MPH, Dean, Rutgers School of Public Health  Special to the Hellenic News of America As we move forward as a...
Read more
Community Organizations

Special to the Hellenic News of America The Mediterranean food revolution in America had humble beginnings, when an automation engineer from the Greek village of...
Read more 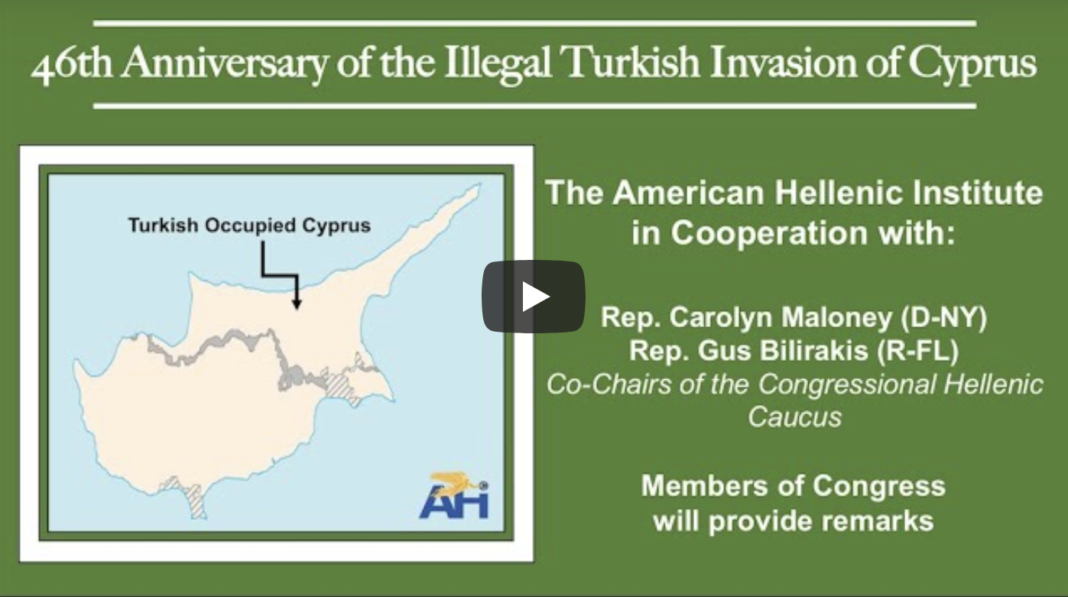 AHI President Nick Larigakis moderated the briefing along with AHI Legal Counsel Nick Karambelas.  Larigakis thanked the speakers for their continued support of reunification efforts and their advocacy for Cyprus in legislation.  He also took a moment to reflect on the tragic events of 1974 and the ongoing occupation that has plagued the island.  Larigakis recalled how the invasion spurred to action the late Gene Rossides to establish the American Hellenic Institute.  He also vowed to continue fighting for a just solution for Cyprus in Rossides’s memory, saying, “…And within the context of his memory that this organization will continue to advocate and to fight for the rule of law, and for a Cyprus that will ultimately be whole, free, and at peace as we all want to see.”