CommunityCultureEventsFeaturedFood and TravelRegions of Greece

Special to Hellenic News of America  When you learn a language, you learn about the people who speak it.  Language is a tool to connect...
Read more
Culinary Tourism

The sun glints off white sand and aqua water as I walk down the stairs to Alikes Beach. One of six major beaches on...
Read more
Featured

Mariyana T. Spyropoulos has announced that she will be running again for Commissioner of the Metropolitan Water Reclamation District.  On Monday, December 13th, she...
Read more
Business

After going virtual last year due to COVID-19, the Hermes Expo was back in action as it celebrated its 30th anniversary for the first...
Read more 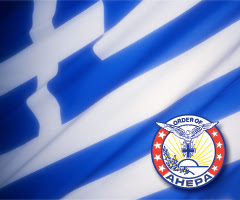 “Turkish Irredentism and the Finlandization of the Eastern Mediterranean” 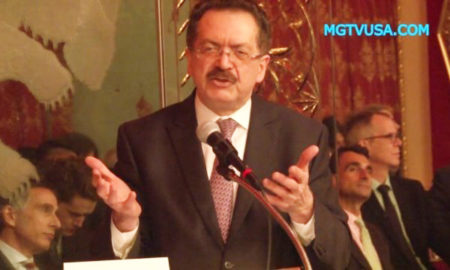 Louis Katsos has over four decades of major project experience in the Real Estate and Construction Management market. He is a known and recognized leader in the development, design and construction industry, with over 35 years of executive corporate experience with major national New York Construction Management and General Contracting firms, like Tishman Construction where he was the E.V.P./COO, as well as being President of his own firm Jekmar Associates Inc., a construction/ development consulting firm to New York Developers and Owners. Jekmar Associates Inc. is currently involved in numerous residential, mixed use and hotel projects of over 2.5 million square feet. As Project Manager / Executive he has built, ground up, over 10 million square feet of various high rise building types, Institutional and landmark buildings in New York and had corporate oversight of millions more. He is also a Member and Executive Director of the New York Immigration Fund which raises foreign investment funds for various New York City development projects currently being built.
Lou is the President / Founder of EMBCA, Inc. (East Mediterranean Business Culture Alliance); Executive Board Member of The Greater Harlem Chamber of Commerce ; President of the American Hellenic Institute New York Business Network; and AHEPA District 6 (N.Y.) Lt. Governor. and Delphi # 25 Manhattan Chapter President. He was the former EVP of the Hellenic American Chamber of Commerce.
A noted educator and lecturer Lou has taught for over 30 years combined as an Adjunct Assit. Professor both at New York University and at the Chanin School of Architecture at Cooper Union. He moderates the highly popular NY Development, Design and Construction Panel Series and hosts a COSMOS FM Hellenic Public Radio program. He holds a Bachelor of Engineering in Civil Engineering and an M.B.A. , both from New York University. 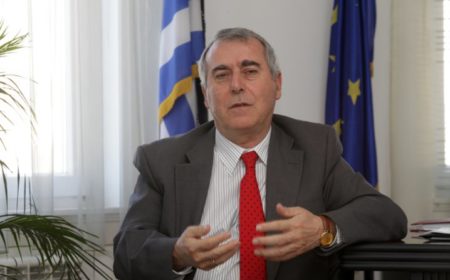 Alexander Kitroeff is Associate Professor of History at Haverford College and he received his doctoral degree in Modern History at Oxford University in 1984. He specializes in the history of identity in Greece, the Greeks of the Ottoman Empire and the Greek diaspora & especially the Greek Americans. The organizations that have funded his research include the Jaharis Family Foundation, the Proteus Foundation, the Social Science Research Council and the Stavros S. Niarchos Foundation.

He has served as historical consultant for three historical documentaries: “The Journey: the Greek Dream in America”; “Smyrna 1922 the Destruction of a Cosmopolitan City” and “From Both Sides of the Aegean: Expulsion & Exchange of Populations Turkey-Greece 1922-24.” He has published four books: The Greeks in Egypt, 1919-1937 (London, 1989); Griegos en América, 1492-1992 (Madrid, 1992); Wrestling with the Ancients: Modern Greek Identity and the Olympics, (New York, 2004); Ελλάς, Ευρώπη Παναθηναϊκός (New York, 2010) and a collection of articles on the Jews in Greece.

His latest book, The Greeks and the Making of Modern Egypt, is being published by the American University in Cairo Press and will appear in the Fall of 2018. He is currently completing a book on the history of the Greek Orthodox Archdiocese of America.

His academic research includes the political ideology of Bulgarian intellectuals after the Commune of Paris and the effect of their ideology to the establishment, development, and activities of the Internal Macedonian Revolutionary Organization (IMRO) aka VMRO.  The research also examines the organization’s activities in order to create a communist regime of Bulgarians in Macedonia at least 20 years before the founding of the USSR.  More specifically, his work analyzes the relationship and interaction among members and factions of the organization (IMRO) with contemporary political, pan-Slavic movements and governments, as well as the organization’s political and terrorist activities.

Professionally he has been involved in the Order of Battle, Military Doctrine, and Strategic Culture of Turkey, Ukraine, as well as Counter-terrorism in the Horn of Africa.

He is an Honorary Research Fellow of the Australian Institute of Macedonian Studies (AIMS), a member of the Greek Politics Specialist Group (GPSG) of the UK’s Political Studies Association (PSA), of the European Rim Policy, and Investment Council (ERPIC).  On the military and intelligence aspect he is a member of National Intelligence Education Foundation, the Armed Forces Communications and Electronics Association, the Nation

“The Hellenic Cultural Commission will encourage, collect, disseminate, and sponsor activities that educate and promote the ideals of Hellenism.”

With all humility, the HCC sees its mission as the heart and secret to AHEPA’s growth and membership outreach program. AHEPA has a message that everyone can rally around and that message is education and Hellenism. The Hellenic commitment to Education is legendary, so let us bring the message of Hellenism into focus:

To promote the ancient Hellenic ideals of education philanthropy, civic responsibility, integrity, and family and individual excellence through community service and volunteerism

AHEPA’s commitment to education has been well documented throughout its history. Over $4 million is endowed at the local, district and national levels toward the use of scholarships and a half-million dollars is awarded annually. Thousands of young men and women have benefited as recipients of AHEPA scholarships at these various levels. The most famous recipient, perhaps, is ABC News’ Host of This Week George Stephanopoulos.The scholarship program at the national level is administered by the AHEPA National Educational Foundation. It offers scholarships to a wide variety of students. Recipients are: traditional and non-traditional students; seminarians, including those entering Holy Cross Greek School of Theology; and high school seniors, college and post-graduate students who are looking to become tomorrow’s leaders.The preservation of Hellenic or Classical Studies programs on college campuses is an important issue for the AHEPA Educational Foundation. A subcommittee of the Foundation, the Hellenic Cultural Commission, actively works to support the study of the Classics at universities.In addition, educational programs such as “Journey to Greece” and Washington Internships are sponsored by the Foundation.

Philanthropy and volunteer-ism have been pillars of strength for AHEPA. From natural disaster relief to raising funds for the elimination of life-threatening diseases to making significant contributions to our local neighborhoods, AHEPA is at the forefront of charitable giving.

AHEPA’s philanthropic deeds are evident in the restoration of the Statue of Liberty and Ellis Island; in the Halls of St. Basil Academy, a childcare facility in Garrison, N.Y.; in the care packages we sent to our troops in cooperation with the USO; and in the building of healthcare facilities in Greece. Yet this only scratches the surface of the numerous philanthropic works of the association. In addition, countless charitable projects are undertaken every year by AHEPA’s chapters and districts.

Our grassroots has a strong voice. With chapters in every major metropolitan city and in rural areas of North America, AHEPA communicates the positions of the Greek-American community to elected representatives at the federal, state, and local levels, as well as to our diplomatic leaders. These issues pertain to Greece, Cyprus, and Turkey; however, our constituents are also interested in domestic policy areas affecting the philanthropic, civic, and community service-based programs in which they are involved. These positions are based upon our American heritage and ideals with the best interest of the United States in mind. AHEPA educates its constituents about these issues through seminars and conferences, providing expert panelists from the U.S. government, prominent Washington, DC Think-Tank organizations, and the business world.Furthermore, AHEPA keeps a watchful eye on Congress with its Congressional Scorecard, a tool that evaluates each member of Congress on Greek-American issues.

The Ideals of Ancient Greece Important to All

AHEPA members are proud of the contributions the ancient Greeks gifted to Western Civilization. As Americans, we share many of the values put forth by them: civic responsibility, philanthropy, education, family and individual excellence, and the ideals of democracy. This is the essence of our heritage. This is the core of our mission.Moreover, throughout the span of its history, AHEPA has served as a vital vehicle for the progressive development and emergence of American citizens of Greek heritage into every facet of society: government, business, education, and the arts. This fulfillment illustrates the promise of the American Dream and symbolizes the hard work ethic of our immigrant for-bearers who labored to achieve that dream with the principles of Hellenism rooted deep in their hearts.

The HCC Panel Discussion expenses are funded by: