The twin Significance of 1776 and 1821: How and why did Americans respond to the Greek War of Independence, and who were the Americans – including “freed” slaves – who traveled to Greece and joined the Greek Freedom Fighters 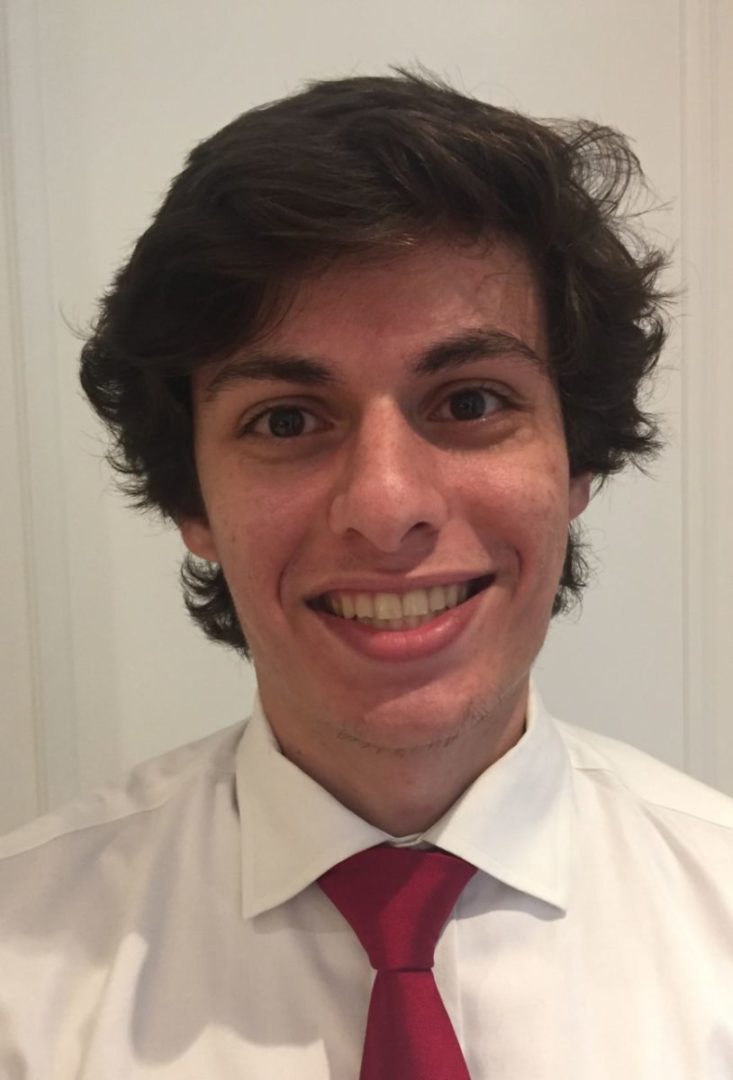 As we have announced that we are going to publish all the Award winning scholarship essays given at the 25th Hermes Expo by MAGAF and the Hellenic News of America, we start with the following:

$5,000 for PAIDEIA Program in honor of the late great Hellene, Theodoros G. Spyropoulos

The twin Significance of 1776 and 1821: How and why did Americans respond to the Greek War of Independence, and who were the Americans – including “freed” slaves – who traveled to Greece and joined the Greek Freedom Fighters

Nearly half a century after its revolutionary efforts, the newly emancipated America witnessed a movement for independence that mirrored its own. In particular, the struggle of a small southern European country caught the eye of the American people and rekindled in them the same vigor that allowed them to achieve their independence. In this way, Americans soon connected with the Greeks amidst their quest for independence on a philosophical and emotional level. This culminated in tangible efforts put forth by Americans in support of the Greek struggle against their Ottoman suppressors.

The Greek Revolution, more so than the several that preceded it, piqued the interest of Americans across the country in large part due to the ancient Athenians’ contributions to the conception of modern democracy. Thus, classically educated and newly minted American aristocrats and government leaders did not see the Greeks merely as an uneducated proletariat, but as a people whose contributions to humanity were astounding. The teachings of ancient philosophers like Aristotle, Socrates, Plato and Euripides, served as inspiration for Thomas Jefferson and the other Founding Fathers when writing the Declaration of Independence. Thus, American leaders sympathized with the Greek cause and put forth tangible efforts in an attempt to restore Greece’s place as an independent and contributing world presence.

Additionally, the Greek Revolution greatly resembled its American counterpart that culminated 50 years prior. Both Greeks and Americans revolted while under the oppression of nations ruling from miles away, and sought to develop new, democratic governments. Furthermore, even the chants of Greeks and Americans were remarkably alike. Patrick Henry famously stated, “Give me liberty or give me death!” while Greeks cried, “Freedom or death!” before battles.

Once the Greeks declared their independence from the Ottoman Empire, they immediately turned to the U.S. for support. Petros Mavromichalis, the Commander in Chief of the Maniot forces, sent a letter to the Secretary of State John Quincy Adams, to ask for American aid. Edward Everett, professor of Greek language and literature at Harvard University and publisher of the North American Review, also received copies of the pleas for help from the Greek community. In turn, he published those letters and along with multiple articles and speeches, he established the platform that facilitated the mobilization of American aid and support.

In response, in 1822, U.S. president James Monroe in his State of the Union address stated, “A strong hope is entertained that the Greeks will recover their independence and assume their equal statue among the nations of the earth.” However, in response to European attempts to re-colonize America and intimidate the U.S., president Monroe established the Monroe doctrine. He outlined that the U.S. would view that any endeavor to colonize America would be seen as an act of aggression and would elicit decisive actions from the US. Additionally, it stated that the U.S. would remain uninvolved in European affairs, which stymied efforts in support of the Greek struggle.

In the face of these policies however, Senator Daniel Webster had other plans. In congress, he moved to immediately send aid in order to help the Greek rebels. Although he had substantial support from other congressmen, his motion failed. However, the voice of congressman Daniel Webster resonated with the American public, and inspired many individuals to support the Greek cause.

At the same time, several Americans went to Greece to fight in the revolution. The first, and one of the most prominent pro-Greek supporters, was New Yorker George Jarvis. Once Jarvis arrived in Greece, he quickly picked up the Greek language, put on the “foustanella,” joined the “kleftes” and rose through the military ranks. Soon thereafter, he became a lieutenant general, and set precedence for many other pro-revolutionary American fighters to join the Greeks. With the efforts of prominent people ranging from congressman Daniel Webster to former president Thomas Jefferson to fighter George Jarvis, pro-Greek campaigns flourished throughout the U.S. In 1823, universities, theaters, schools, and other institutions all collected donations to fuel the Greek cause. Ship captains even offered cargo space on their vessels to deliver supplies to Greek shores. Such a mass mobilization in support of another nation was unprecedented. It is estimated that £ 80,000 – about $ 12.1 million today – were collected and sent by the efforts of philhellenes. In addition, many Americans also sent a vast array of rifles, muskets, gunpowder, clothing, and other supplies in order to help the Greek cause directly.

Additionally, as people began to offer direct monetary support to the Greeks, many more philhellenes opted to offer their experiences in niche roles. One such case involved Dr. Samuel Gridley Howe, a Harvard Medical School graduate who chose to offer his skills as a doctor to the Greek army. He ultimately distinguished himself as an esteemed medical officer with the Greeks, becoming surgeon general. Moreover, once he returned to the Americas, he started another campaign to further the Greek war effort.

In 1824, Captain Jonathan Miller of Vermont, a veteran of the war of 1812, went to Greece and joined the Greek forces. He saw with his own eyes the siege of Messolongiou and described the “heroic exodus” and the massacre of its people by the Ottomans in a letter that he sent to Edward Everett.

Many of the other American philhellenes who went to Greece to partake in the war included: George Wilson from Providence, Rhode Island, James Williams, an African American man from Baltimore who joined the Greek Navy, William Townsend Washington, Estwick Evans from New Hampshire, and captain John M. Allen. These people, and many others who were not mentioned, have been honored in a brilliant monument in Athens, Greece, dedicated to the American Philhellenes that fought with the Greek “kleftes” and “armatolous” in the Greek War of Independence of 1821.

By 1826, the initial enthusiasm of the Americans to aid the Greeks began to wane due to ambivalent reports about the success of the war and conflicts among Greek leaders. Nevertheless, in a letter sent to Edward Everett, the moving words of Greek revolutionary leader Theodoros Kolokotronis managed to reignite the Pro-Greek movement. In 1827, relief supplies that were collected by the Greek Philhellenic Committee of New York were shipped to Greece on board Captain Jonathan Miller’s ship “Chancellor.” At about the same time, three more shiploads of supplies left the ports of Philadelphia and Boston and were headed to Greece. These boats carried food, clothing, medical supplies and other necessities and distributed them to the suffering Greek civilian population. By the end of 1828, another relief aid package worth more that $150,000 – about $3.75 million today – was dispatched to Greece.

It is truly astonishing how the struggles of the oppressed Greeks to regain their freedom inspired so many to assist the effort in any way they could, even by sacrificing their own lives. Their enthusiasm was fired by their willingness to resuscitate Greece, the cradle of western civilization, away from the rule of its decaying tyrant, the Ottoman Empire.

Just as the defeat of the British forces in the revolutionary war of 1776 was stunning, the Greeks’ ability to defeat the Ottomans was a colossal success. It was a proof that people who unite for the same goals, sheer will and dedication, can triumph against any tyranny and oppression. Both United States and Greece share a distinguished history and defense of the cherished ideals of freedom and independence.

Those Americans, and the philhellenes from other countries who fought with the Greeks during their struggle for freedom, making their dream a reality, will be in the heart of every Greek forever. I certainly look forward to honoring and recognizing those who stood by the side of the Greeks during their fight for independence at the 200th anniversary celebration in 2021.