Wild Abandon: A journey to the deserted places of the dodecanese 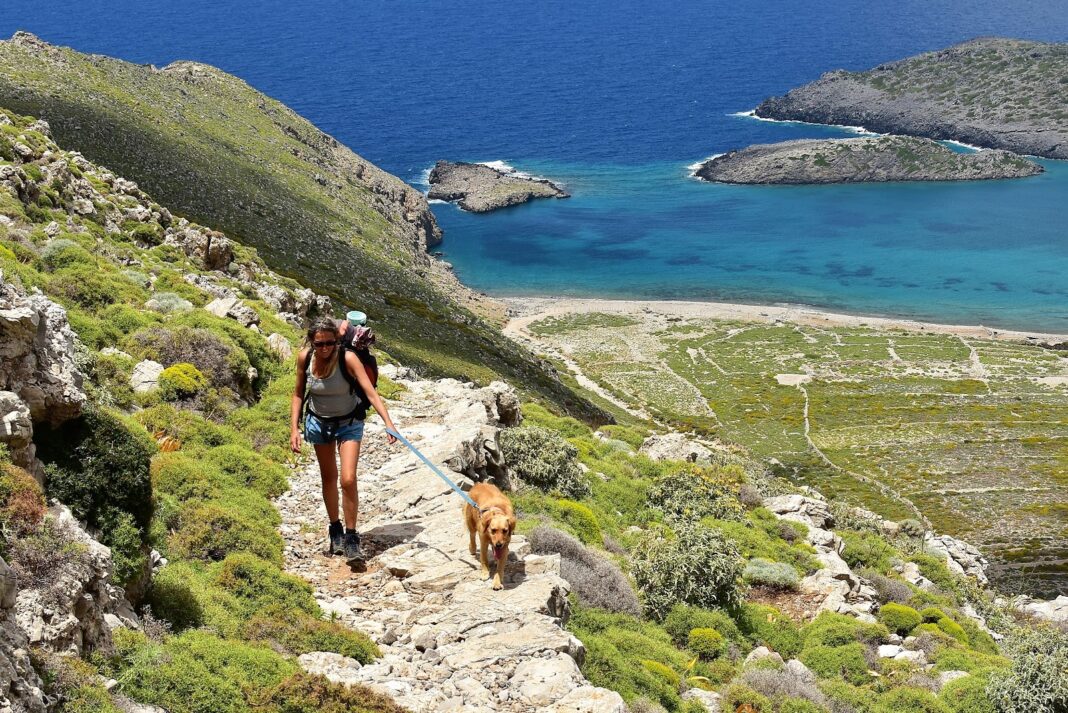 ‘I find these islands utterly magical and I’ve tried to convey some of that magic.’

WILD ABANDON: A JOURNEY TO THE DESERTED PLACES OF THE DODECANESE is my third book about Greece, and it’s about my wanderings over several years, exploring on foot the abandoned places across this group of islands, seeking out the stories of those who left over the last century or two, and those who stayed.

I live on Tilos and my journey naturally started in the village of Mikro Horio, home to several thousand people for centuries until the calamities of war combined with opportunities in the New World let to its complete abandonment in 1960. It’s now home only to goats, and the entire population of Tilos is barely 500 in winter. While most of the world rushes to fill its empty spaces, this cluster of islands at the edge of Europe has seen its population decline leaving places empty and silent.

In my first years on Tilos, I rented a house in the village of Megalo Horio, surrounded by empty stone houses, the fields around scattered with olive presses and threshing circles, cisterns and chapels. An American woman has since shared with me the story of her grandfather who left the village in the early twentieth century on a steamer to New York City, worked as a cook and sent money back to Tilos until he died and – like so many – always dreaming of returning. 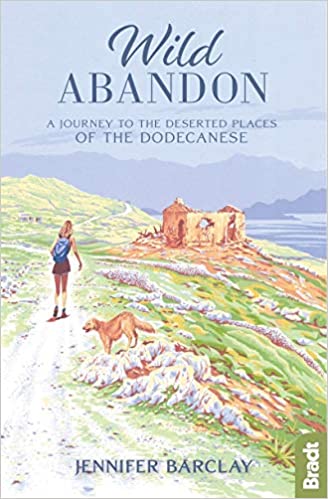 On a trip to Nisyros, I was similarly struck by how it must have felt a century ago for people to leave behind their rural island existence for urban America and Australia. These thoughts began to inspire me, and gradually led me to explore the cave-houses and hot springs of the volcanic island, and its villages semi-deserted after earthquakes, talking with a man from Astoria who was restoring his grandfather’s house.

My journeys took me to the derelict salt works on Kos and a walk through the half-abandoned mountain villages. I found vestiges of the old ways of life in north Kalymnos, and stories of the fading days of sponge-diving when people emigrated to Tarpon Springs, and a family who grew rich from cigarettes, one member finally leaving for America to pursue his dream of being an artist, whose self-portrait now hangs in the American National Gallery of Art.

And so on, north to Arki, west to Astypalea, east to Kastellorizo and south to Kasos, seeking out old knowledge and old ways of life. Even on the big island of Rhodes, there were a surprising number of places abandoned in the twentieth century, many with a sombre history, such as the Jewish quarter of the Old Town and an entire village built by the Italian occupiers on a forest-covered mountain with a villa intended for Mussolini’s retirement.

I’m a British writer and editor, and although I’ve lived on the little island of Tilos in the South Aegean for ten years since shortly after turning forty, my relationship with Greece goes back to the age of twelve, with family holidays and Ancient Greek lessons at school. I developed a fascination with archaeology and the Greek landscape that persisted when I left Oxford University and moved to Athens, travelling as much as possible around Greece.

I moved away, living in Canada and then England for my career for two decades, but I always longed to live on a Greek island. When finally I made that happen, experimenting with remote working from home before anyone was using the term digital nomad and before Covid forced changes in the way people work, I balanced working as an editor with writing two books about starting my new life, Falling in Honey and An Octopus in my Ouzo.

While exploring Tilos and the islands around here, especially on foot in the cooler, quieter months, it occurred to me that although the Dodecanese are far from the Greek mainland and seen as remote, wild, half-deserted backwaters now, a century ago they were prosperous, thriving, self-sufficient, busy places, and the evidence of that is scattered across the landscape, often in the uplands and hillsides, hidden.

I wanted to piece together an unusual portrait of the islands using my observations of the abandoned places, as well as the stories I unearthed of the people who left and the people who stayed. I spent about five years researching and writing the book.

Who am I to tackle this subject, the diaspora, coming to it as an outsider? I have never seen one of my parents return to their island and kiss the ground. I’ve never experienced the struggles myself. What do I understand? All I am is an observer, someone who has been lucky enough to choose a life here.

And yet I live here all year round and travel to the neighbouring islands, am an avid walker and able to speak Greek, and these are simply my observations, which I hope offer a fresh perspective. I think I see things others don’t, and I’m constantly captivated by people I meet. I’ve done some fairly adventurous things in my efforts to absorb the energy of these now-empty places, such as days finding my way through the rugged hinterland of Halki, or the time when my three days in the north of Karpathos turned into a year and a half. I find these islands utterly magical and I’ve tried to convey some of that magic.

The book was published last year but took a while to get full international distribution because of the Covid situation. I was thrilled when Victoria Hislop, author of The Island and other bestselling novels about Greece, read the manuscript and called it ‘a vivid and intoxicating account’. I’m now receiving heart-warming messages from Greek-American readers. One woman wrote to me:

‘I ordered your book on Amazon and I must say it was absolutely amazing! I am a Nisyrian living in New York… We live 6,000 miles away and yet Nisyros lives in our hearts and every breath!’