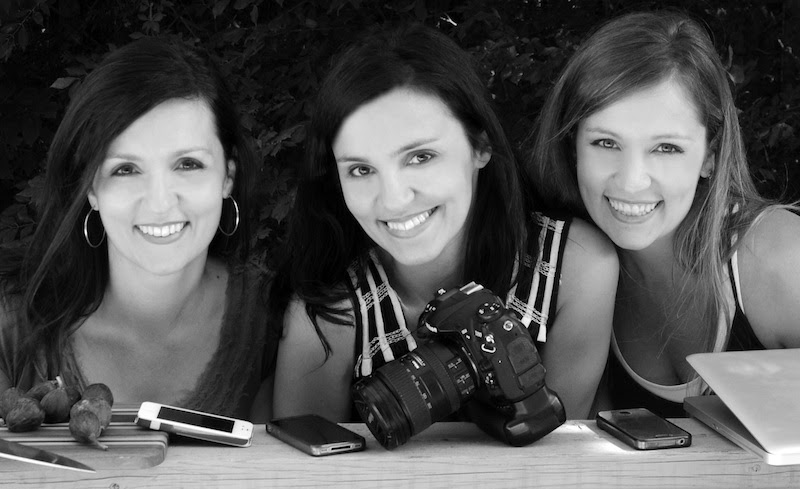 “Three Sisters Back to the Beginning” has won Best Mediterranean Cookbook in Canada by the Gourmand Cookbook Awards.  The 3 Greek Sisters will be competing on the world-wide stage this coming May in Beijing, China.

GUELPH, ON, December 13, 2013 –   “We are thrilled and honoured to be a part of this amazing culinary competition.  This win for a second time validates our passion and love for what we do.”

The 3 Greek Sisters were Gourmand winners back in 2009.  They won “Best Foreign Cookbook” with their first self-published cookbook, Three Sisters Around the Greek Table, and went on to compete internationally in France, where they placed 4th in the world.  Their first cookbook is also a New York Book Festival winner and a Canadian Bestseller.  This time around, their second book, Three Sisters Back to the Beginning, has been awarded Best Mediterranean Cookbook for Canada. The Gourmand’s international competition takes place in May 2014 in Beijing, China where 187 countries from around the world will compete.

The sisters continue to promote their love of cooking Greek family meals on television, radio and local cooking classes.

“People always leave our classes feeling a little more inspired.  They leave excited to get back into their own kitchens and cook simple, rustic meals that everyone will enjoy.”

Three Sisters Back to the Beginning (Adelfes Publishing) is available in stores and retails for $34.95. 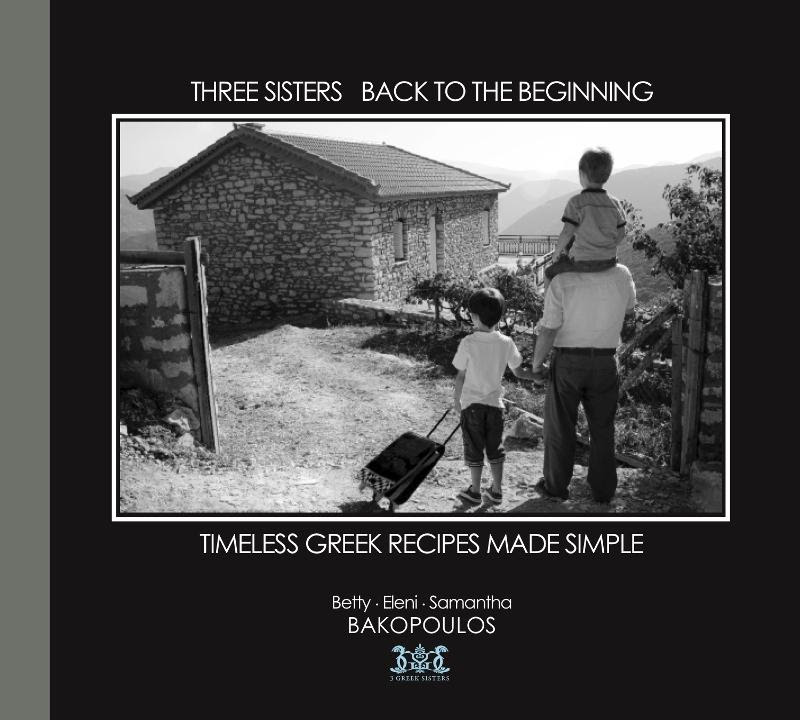 About 3 Greek Sisters Back to the Beginning

Three Sisters Back to the Beginning is the much-anticipated sequel to Three Sisters Around the Greek Table, the must-have Greek cookbook of 2009 that received numerous awards and became a national bestseller. This sequel is a sleek and elegant book that unfolds and reads like a gift. From the cover design alone, readers will feel they have come upon something different and special. “When people see our book we want them to be moved by a different impulse,” say the sisters, “one of nostalgia, connection and love.  In our lives these emotions and food are synonymous.”

The 3 Greek sisters, as they have come to be known, worked on this new book for the last two years. “It took us a bit longer this time around as we were still busy promoting our first book.” And busy they were indeed, making appearances at festivals across the country, on television shows such as Steven & Chris, Breakfast Television, CityLine, and a book signing tour across Ontario, Quebec and the East Coast.

In the hands of the 3 Greek Sisters, the classic Mediterranean kitchen of Greece becomes comforting, exciting and achievable. Fast and easy family favourites such as savory Shrimp Saganaki, and Fiery Feta Dip, are balanced with recipes that slow you down, and make you wait with anticipation like comforting Homemade Yogurt, succulent Lamb Shanks, and paper-thin Homemade Phyllo. As with their first book, the layout is clean, the recipes are approachable and the food photography is beautiful.

Once again the 3 Greek Sisters have dished up a poignant and inspiring cookbook. This time around, readers are taken on a nostalgic journey that documents the magic of childhood and the connection between family, place, and identity. Three Sisters Back to the Beginning is both a cookbook and an inspiring art book to be cherished. Fans will not be disappointed.

Wearing multiple hats, and overlapping responsibilities as only sisters could, the 3 Greek Sisters, Betty, Eleni and Samantha Bakopoulos have once again produced a cookbook that places Greek food on a pedestal next to some of the most prominent and respected kitchens of the world.

Betty and Samantha’s test kitchen brings forward over 100 Greek recipes to be explored and savoured. Woven together by Eleni’s photography, Three Sisters Back to the Beginning is an elegant sequel tantamount to their first cookbook. Three sisters Around the Greek Table received a Gourmand World Cookbook Award, and a New York Book Festival, Best Cookbook of the Year Award.  It is a national bestseller.