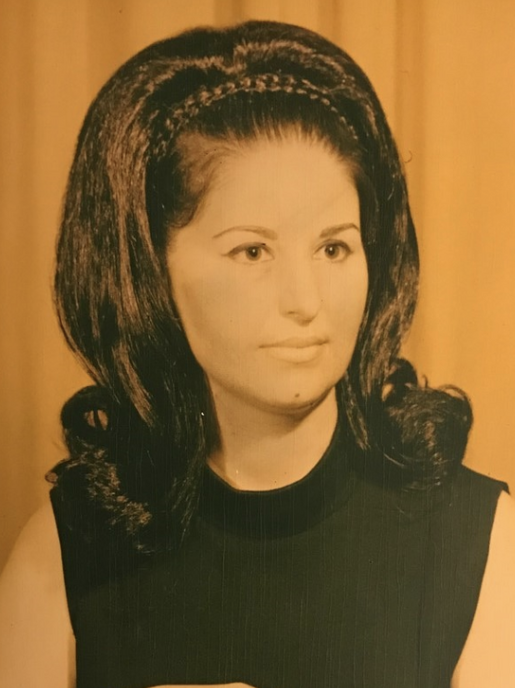 Fountouclia (Fay) Stampolis was born in the Dodecanese island of Halki, Greece on October 26, 1935. She was born from John and Chrysanthi Horitis, the second of 5 children; Emmanuel, Fountouclia (Fay), Efterpi, Stamatia and Andreas Horitis. Fountouclia (Fay) was a Greek Singer and was in an ethnic Greek dance group in Greece. Fay migrated to America in the late 1950’s to be with her Uncle Dimitri in Tarpon Springs, Florida where she honed her skills as a dress maker. She met Michael Stampolis who was on business trip in Tarpon Springs, FL and she later married him in Tarpon Springs at Saint Nicholas Greek Orthodox Cathedral. Shortly thereafter, she relocated to Long Island, New York where they had 3 children together: Elias, John and Anastasios. Fay had a career as a seamstress doing bridal fittings until she retired. She was an advocate for Christianity, Hellenism and Halki Island. She was a member of the Halki society and served as a Daughters of Penelope Vice President and President in Tarpon Springs. She was a Steward of the Cathedral of Saint Paul in Hempstead, Long Island, New York. Fay is survived by her sons Elias & wife Stacey, John & Sylvia and Anastasios and wife Tatiana. Also surviving are her grandchildren: Madalena, Faye, Anastasia, Maya, Michael and Constantine. She is also survived by her former husband Michael and many other relatives in Greece, South America, Europe & Australia.
Share
Facebook
Twitter
Pinterest
WhatsApp
Linkedin
Email
Viber