A PANACEA FOR LEARNING GREEK? 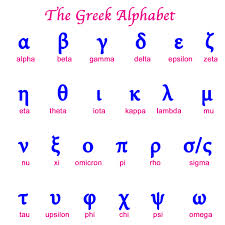 A PANACEA FOR LEARNING GREEK?

At the urging of a Greek American educator, the Aristotle University of Thessaloniki recently established a Modern Greek language summer program that would satisfy the two-year foreign language requirement for college graduation in the United States.

Most college-attending and college-bound students detest having to take a two-year, four- semester, totaling 48 weeks of instruction foreign language. Some of the reasons for their dislike are: they do not want to take a foreign language; if they must take a foreign language, they want to enroll in one of their interest — Modern Greek, for example — taught only in very limited universities across the U.S. which, of course, makes it impossible since they attend their own institutions.

There are some, few, U.S. universities which do provide summer Modern Greek language instruction, but they are usually distant from one’s home. An additional difficulty is that they have to pay high tuition rate and high housing and living costs, since perhaps most will be out-of-state. Additional reasons for not wanting to take a foreign language is that it interferes with their major field, it is too time demanding, and due to such obstacles, often results in a lower grade, a serious matter that negatively affects their academic average.

The Aristotle University program will meet the U.S. foreign language requirement via attendance of two six-week summer sessions, for a total of 12 weeks, rather than the 48 required at home.

The program will be as follows; in the first year — beginning with June 15, 2015, the students will take two three-week sessions of four hours daily, comprising 60 academic hours per session, worth 3 academic credits, resulting in 120 academic hours for the six weeks, for 6 college credits.

This will cover the first of two-year requirement. The following summer, the students will take the equivalent to a second-year study, thereby completing the entire requirement. In addition, they will have in their resumes a “study abroad” component, highly advocated by colleges and universities today. There is an additional big — perhaps even huge — advantage to this program in that the credits will be transferred to the home institution, while grades do not transfer. This means that unless a student “fails” the course, he/she will receive the credits without affect on the academic average.

Tuition for the two-three week (six weeks total) sessions will be 600 Euros, an approximate equivalent of about $750. Attending an American university for two summer courses will cost about $3,000.

Presented below is information provided by the Aristotle University, as well as syllabi for the two three-week courses which students will need to submit to their home institutions after receiving application materials from Thessaloniki.

Interested students and parents should also consider the several additional advantages of this program. The instruction will be in a total immersion situation, the students will converse in Greek off the campus into the Community, will make bonds with both Greek American fellow students and with locals in the City, and will be exposed to enormous cultural opportunities, as the program will include excursions to such sites as the region of Alexander the Great and his predecessors, to Meteora, to Mount Athos, and to the various Byzantine sites found all over the City of Thessaloniki.

For the program to materialize in its initial year, it is required that at least 20 students enroll. Deadline to submit application for the 2015 summer sessions is March 1, 2015. It is strongly recommended, however, that contacts be made early, from this Fall, for first-year arrangements to be met. Interested students and parents are advised to communicate directly with the Aristotle University program and request application materials.

For the School of Modern Greek language emails:

The charge for our Hellenic Link members, indeed for everyone who cares about the future of the Hellenic Cultural Heritage in America, should be that if each one recruits just one student to attend the initial year of the program, the program shall materialize. Like all other successful “study abroad” program, returning students become the best advocates and advertisers for future attendance.

Let us go out and recruit just one student each. Just think what one-year’s success will do!

Previous articleCongressional Hellenic Israel Alliance Co-Chairs Gus Bilirakis and Ted Deutch Condemn Turkish Prime Minister Erdogan’s Comments Concerning Israel
Next articleStatement of the Order of Saint Andrew the Apostle, Archons of the Ecumenical Patriarchate regarding the Plight of Christians in the Middle East