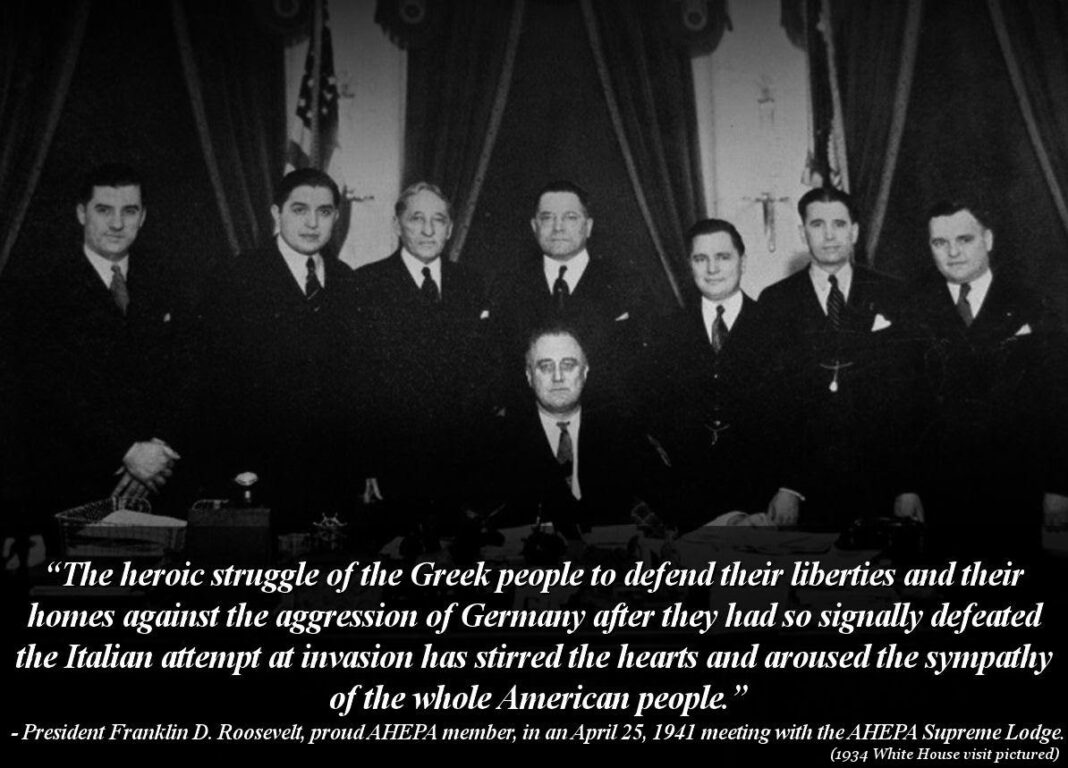 Today, we commemorate the 81st anniversary of “Oxi Day.” On this date in 1940, Greece issued a defiant “No” to the fascism of the Axis Powers, opting instead to state an emphatic “Yes” to freedom. In defense of their autonomy, the Greeks took a courageous stand against tyranny and fought heroically against the Italian army, pushing the invaders back into Albania after one week. It would prove to be a costly military campaign for the Axis Powers.

About Greece’s stand against the Axis Powers, we proudly recall the words of President Franklin D. Roosevelt during an April 25, 1941, meeting with the AHEPA Supreme Lodge. Roosevelt, an AHEPA member of Delphi Chapter 25 in Manhattan, New York, since 1932, took note of the gutsy defensive stand the Greeks made of their beloved homeland against the Italians, and eventually, the Germans. He said:

“The heroic struggle of the Greek people to defend their liberties and their homes against the aggression of Germany after they had so signally defeated the Italian attempt at invasion has stirred the hearts and aroused the sympathy of the whole American people.”

As we mark Oxi Day, it is also important to recall that many Ahepans, including members of our Junior Order, the Sons of Pericles, fought heroically behind enemy lines in Greece during World War II. It is a day to celebrate freedom, justice, liberty, and the passion of the Hellenic spirit that burned within all who fought and defied fascism.

AHEPA applauds and proudly supports the Oxi Day resolution to be introduced by Congressman Chris Pappas of New Hampshire, along with the bipartisan support of several Hellenic Caucus members, including Co-Chairs Representatives Carolyn Maloney of New York and Gus Bilirakis of Florida. I commend their leadership to commemorate the anniversary of Oxi Day and to recognize the historical significance of Greece’s role during World War II. Greece’s denial of fascism set the tone for the Allied response and does not garner the attention it deserves in the annals of history.

Please take a moment to pause and reflect on this remarkable moment in our Hellenic history and grant consideration to how its spirit and message is still very relevant today.