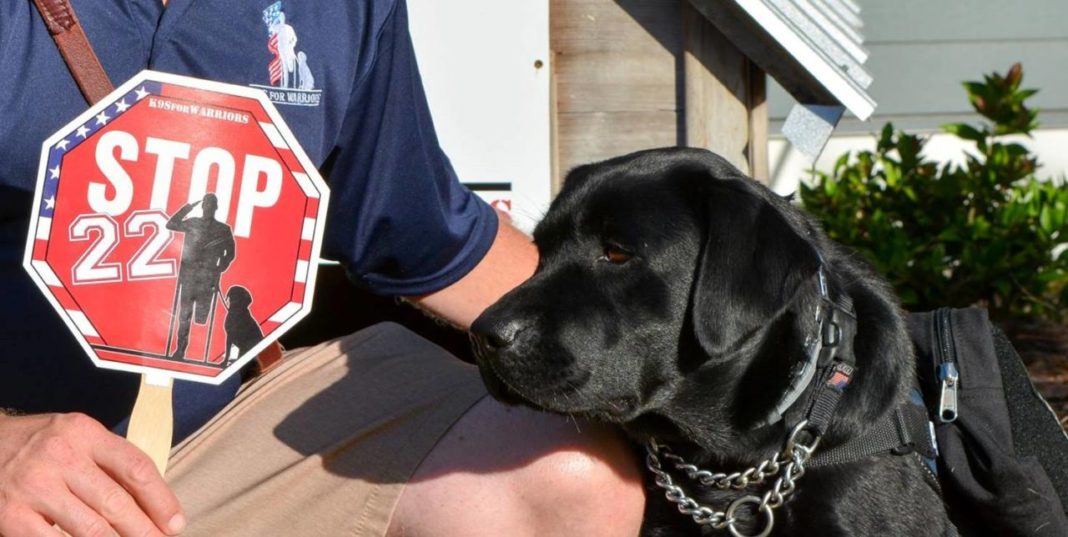 An Air Force veteran back from Iraq suffers depression and anxiety, a victim of severe Post Traumatic Stress Disorder. For six years, the Veteran’s Administration gives him medicine that does nothing to stop the night terrors and visions of demons. He begs them to do something else but all he gets is a runaround. Last Memorial Day, in the middle of the night, he goes to his car and posts a final message on Facebook. “One of 22 per day. Why can’t they just help us? Goodbye.” And he kills himself.

Every day, 22 veterans die from suicide.

Having PTSD changes you. “With the love of family and of time, you try to get through it but it never goes away because in your mind it plays over and over and over again,” says veteran George Karatzia.  Physically, soldiers may come back unharmed, but mentally their mind is still on the battlefield.

They can’t keep a job or pay their rent. They become homeless.   Filled with anxiety and depression, they can no longer function. Some commit suicide.

When you first get back from combat, you can’t wait to spend time with your family, your old crowd. “That’s the guys you left,” Karatzia says.  For Karatzia, though, something had changed. After a half hour with his old friends, he realized he no longer belonged. “I just couldn’t connect,” he says.

So how can PTSD victims find their way back?  The answer may lie in man’s best friend.

When a combat medic returned from Iraq he fell into a black hole. He talked about his experience in a K9s For Warriors video. K9s For Warriors is the nation’s largest provider of service dogs to military veterans suffering from Post-traumatic Stress Disability.

Married with two daughters, the combat medic’s PTSD left him no time for his family. He was taking 14 medications a day, but they only made things worse. His thoughts turned to suicide. Then he met Captain.

Captain is a service dog. “Because of you, I am no longer a prisoner in my own home,” the vet reads from a letter he wrote to Captain. “You saved my marriage and completely enriched my children’s lives,” he says on the video.

“Captain, you truly are my best friend. You’ve got my back. I have an amazing life now because of you. You saved my life, man.”

Karatzia has seen an incredible transformation when service dogs and veterans with PTSD are paired. He has made it his mission to make sure that every veteran who needs a service dog gets one.

The pairing reaches into the future, saving the family and the generation that follows it who might not have been there if this dog hadn’t come into this vet’s life, Fourniadis says.

“One person’s life touches so many other lives and if that life is filled with pain, that’s all they have to give out. You turn that person’s life around, you save not just him, you save everybody who loves him and who he loves. That’s one of the great dividends of this program,” Fourniadis says.

When Karatzia and Fourniadis saw the healing power of the dogs, they convinced AHEPA Chapter 517 in Holmdel, New Jersey, where they both belong, to sponsor their first service dog, named AHEPA. The dog was eventually matched up in October 2016 with a vet from Virginia.  The dog’s picture is part of the AHEPA Service Dogs for Warriors logo.

“We decided before we would ask anybody else to do anything, we would put our money where our mouth is so we sponsored our first dog,” Fourniadis says.

The chapter took its project to the district convention in May 2016 and it was unanimously approved. Next step was the national convention last August in Las Vegas.  “To make this into a national project is really difficult because with a membership of 20,000 everybody has a pet project they’d like to make into a national project so, you know, there’s less than a 5 percent chance somebody’s going to say ‘yes,’ Karatzia says.

The vet who had partnered with Captain appeared before the national AHEPA delegates with his wife, his two children and with Captain. “When he spoke, he spoke as someone who is grateful to get his life back, grateful to get his dog giving him his life back, not only to him, but to his family,” Karatzia says, “and there wasn’t a dry eye in the place.”   Skepticism turned to support and the project was unanimously approved.

They formed AHEPA Service Dogs for Warriors, a 501 C3 corporation, at the beginning of 2017. Since then, they’ve visited different chapters to solicit support, even as they reach outside AHEPA. Money can come from places they never expected.

“Three weeks ago we got three different checks totaling $500. None of the names were familiar,” Fourniadis says. Turns out, the donations came from people who saw an obituary that asked people, in lieu of flowers, to give to the AHEPA Service Dogs for Warriors.

Donations have come from the Jeanne P. Alessandro Foundation and from AHEPA and Daughter of Penelope fundraisers like cigar nights and comedy nights. There have been half marathons, Eagle Scout projects, a donation from a priest, parade marches and a civic responsibility award to the organization from the Dennis W. Zilinski Foundation, which is partnering with AHEPA Service Dogs for Warriors. Lt. Zilinski was killed in action in Bayji, Iraq in 2005. The foundation’s mission is to honor the life and memory of Dennis by providing support to members of the United States Armed Forces and their families. The Foundation raises resources to support wounded military personnel. “We are pleased to be associated with the Zilinski Foundation,” Karatzia says.

“By the end of our first year, we will have sponsored maybe six or seven dogs,” Fourniadis says. As of May 2017, the organization was reporting pledges of more than $60,000.That’s just in New Jersey, New England, Pennsylvania and Delaware, with sponsorship efforts continuing nationally.

You can donate by sending a check made out to the “AHEPA Service Dogs for Warriors” and mailing it to AHEPA Chapter 517 PO Box 735 Holmdel, NJ 07733. To find out more, visit ahepa-servicedogs.org. 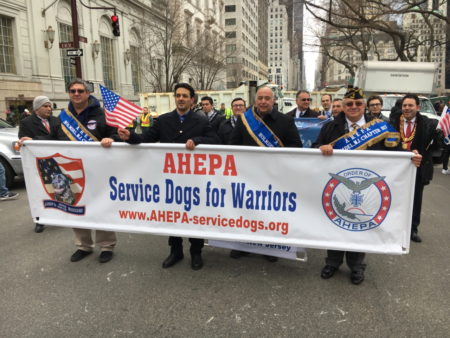 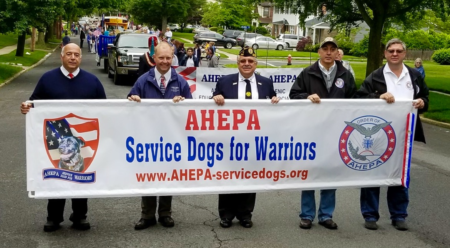 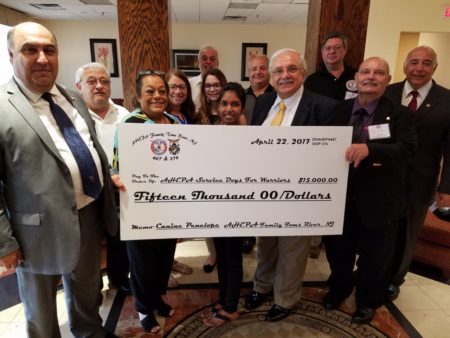 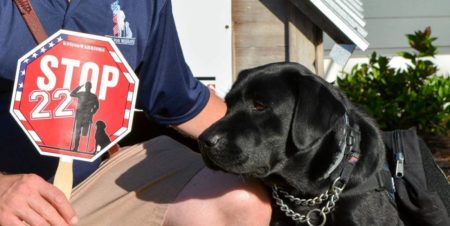