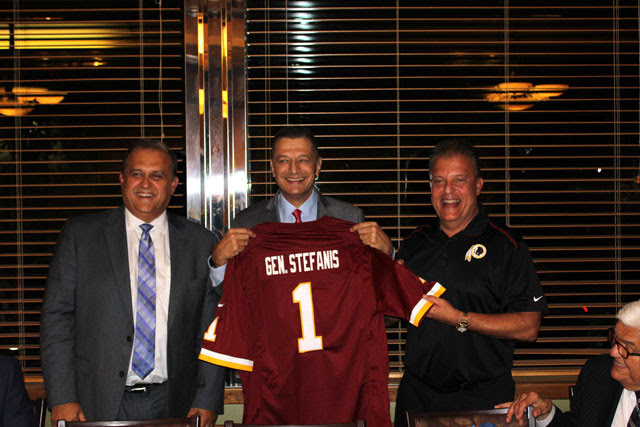 WASHINGTON, DC —The American Hellenic Institute (AHI) hosted a private dinner for Lieutenant General Alkiviadis Stefanis, chief of the Hellenic Army, September 20, 2017, at Metro 29 Diner, Arlington, Va.  Lt. General Stefanis became the first Greek military officer to be inducted into the Hall of Fame at the National Defense University.  The induction is considered to be an extremely high honor for foreign military officials.

According to AHI President Nick Larigakis, the working dinner focused on the significant contributions of the Greek Armed Forces to NATO and U.S. interests in the region.

“In particular, we discussed how Greece and the United States can build upon their longstanding relationship by implementing specific initiatives that would make for stronger military-to-military relations,” he said.