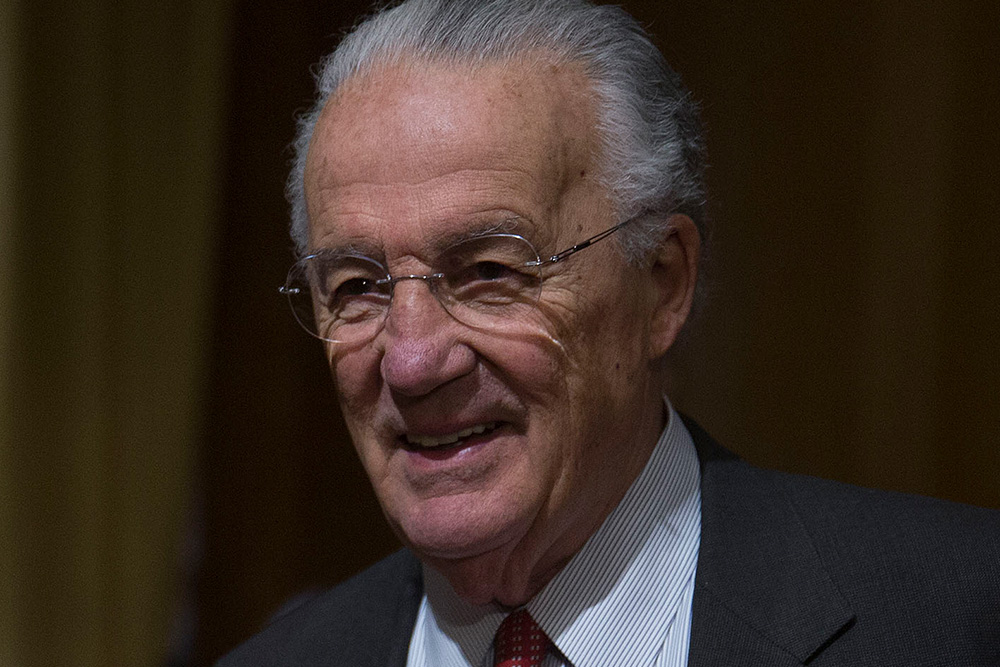 The American Hellenic Institute has issued a statement on the passing of former U.S. Senator Paul S. Sarbanes of Maryland:

“Senator Sarbanes exemplified Hellenic ideals to the fullest extent. He excelled as a public servant, valued the importance of education, culture, and the arts, and was a true champion of the Rule of Law.  These were values instilled in him as the son of Greek immigrants.

“Without Senator Sarbanes’ strong advocacy, and the respect he garnered during his service and a leader in Congress, the community’s effort to impose an arms embargo on Turkey, following Turkey’s illegal invasion and occupation of the Republic of Cyprus in 1974, would not have been a success.  Together with the late founder of AHI, Eugene T. Rossides, we were proud to work with then-Congressman Paul Sarbanes on this most substantial policy achievement. We will forever be grateful for his staunch and unwavering support for the Greek American community’s policy issues, especially during his tenure serving on the Senate Foreign Relations Committee.

“Senator Sarbanes will always be remembered fondly by the American Hellenic Institute and its members for his devotion to AHI, the Rule of Law, and to Hellenism for which we are deeply grateful and from which we all benefited. We were honored to present him with the Hellenic Heritage National Public Service Award in 1992. He also keynoted and addressed several AHI forums, conferences, and events and contributed to AHI’s one-hour documentary, ‘Cyprus Still Divided: A U.S. Foreign Policy Failure.’

“Our deepest sympathies and condolences are with Congressman John Sarbanes, who carries Senator Sarbanes’ legacy, and the entire Sarbanes family. May his memory be eternal.”