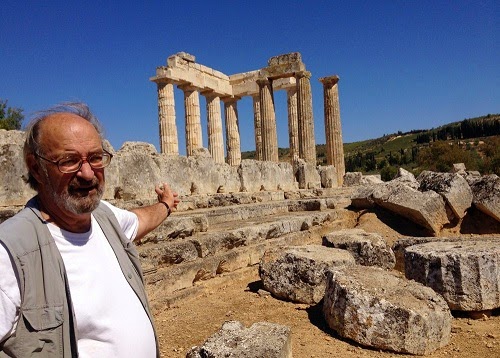 Some 200 kilometers (125 miles) east of Ancient Olympia where the flame lighting for the 2014 Winter Games in Sochi went off without a hitch Sunday, the Nemea stadium and its humbler games are in danger of closing to the public because of crisis-hit Greece’s harsh budget cuts, according to a renowned American archaeologist who led excavations there for decades.

Stephen G. Miller, professor emeritus of classical archaeology at the University of California, Berkeley, arrived at Nemea in 1973, when the ancient site still lay buried beneath a highway and vineyards used by raisin farmers. Excavations there unearthed the temple and stadium, one of the four major sites where Ancient Greek games were held: Olympia, Delphi, Isthmia and Nemea.

The 71-year-old has held a revival of the Nemean games every four years since 1996, a lower-key, more egalitarian affair than the Olympics, in which athletes sporting white tunics engage in a no-prize competition with a relatively small but dedicated following.

“The idea is that anyone can feel like an ancient Greek athlete for 10 minutes,” he said, in a midweek interview at Nemea, standing at the stadium’s entrance tunnel, where graffiti from ancient athletes is still visible. “The thing I’m worried about is that this place is going to have to be closed.”

Seven of the site’s 10-member staff at Nemea have not have their contracts renewed. If they lose their final challenge in court next month, Miller said, the site will close. Staff shortages last year forced Nemea to close on weekends for 10 weeks.

“It’s sad for me that it’s come to this. There should be people crawling all over this place.”

Greece is suffering through its sixth year of recession, a financial crisis that has seen a surge in unemployment and poverty. Forced to make deeper cuts, the government has launched a program of mass state job cuts and involuntary transfers that have already made an impact on services from Athens to rural Greece.

Nemea, near the southern city of Corinth, is steeped in ancient history. The 2,300-year-old Temple of Zeus stands next to the ancient track and a museum built at the site.

“The treasure of Greece is its antiquities and the young archaeologists trained to look after those antiquities. Instead of making the investments that would have yielded archaeology an income producing venture, it’s always been shoved off to the side,” Miller said. “There’s no hotel here, no restaurant, no shop.”

Miller, who lives in Nemea and is popular in the nearby town, greets friends in accented but precise Greek. The road leading to the ancient site at Nemea has his name on it.