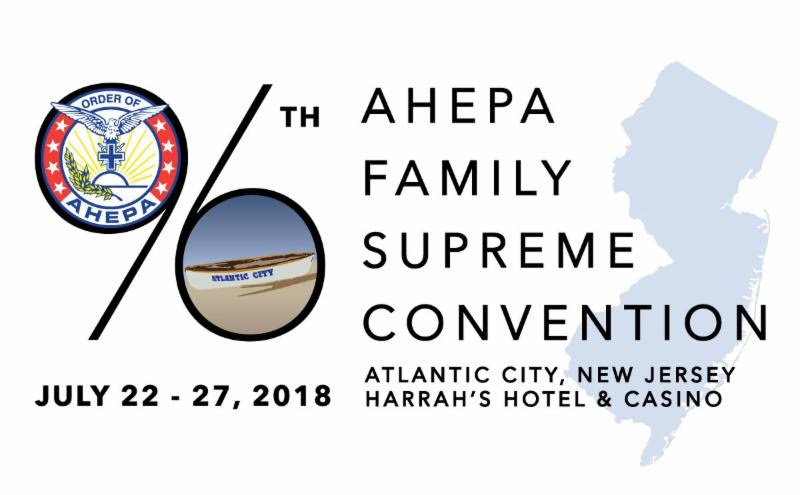 When the 96th AHEPA Supreme Family Convention takes place this July in Atlantic City, two well-known Greek American entrepreneurs will be there as this year’s honorees.

Demosthenes Vasiliou, an active member of AHEPA Chapter 445, is being honored for his “dedication and drive” to preserve and promote Hellenism in the Delaware County, PA area.  In 1978, he and his brother-in-law, Spiros Poulimenos, founded Astra Foods out of Upper Darby to meet the needs of the restaurant business. Because of his roots in Philadelphia and Upper Darby, Vasiliou began marketing the cheesesteak nationally. Today, Astra Foods is one of the top cheesesteak suppliers in the country.  This family business has grown to employ about 200 people and has been recognized for its commitment to food quality and safety.

Dr. Spiros Spireas is the founder, owner, chairman and CEO of Sigmapharm Laboratories in Bensalem, which develops, manufactures and markets unique pharmaceutical products. Dr. Spiros is the inventor and author of more than 80 international and domestic patents and 200 scientific papers, books, and other publications in the fields of industrial pharmacy, pharmaceutical technology, biopharmaceutics, pharmacokinetics and analytical chemistry.  Spireas, who is chairman of the American Hellenic Institute, has supported and promoted every Hellenic endeavor in the region. He is being recognized for his support of AHEPA and other Greek American organizations. He is a member of AHEPA Chapter 72.

Dr. Spireas and his wife, Dr. Emily Spireas, co-chaired the Nov. 12, 2017 gala dinner and awards reception celebrating the 30th anniversary of the Hellenic News of America. Also that month, the couple donated a state-of-the-art organic chemistry suite to the College of New Jersey as part of a new $76 million STEM building, Chemistry addition and Forum. In April 2017, Dr. Spireas served as a Grand Marshal at the New York City Greek Independence Day Parade.

This is the first year AHEPA has planned its annual convention in Atlantic City, scheduled to take place July 22 to 27 at the Harrah’s Hotel & Convention Center.  In addition to conducting the business of AHEPA during the five-day convention, this year’s event includes a golf outing at the Ron Jaworski’s Blue Heron Pines Golf Club, the AHEPA National Basketball Tournament, East Coast Greek Night, a beach volleyball tournament, the AHEPA Grand Banquet, Jersey Shore Dance and Comedy Night, the AHEPA Hold ‘Em official poker tournament and the Koulouraki 5th Annual “Throw Down” contest.

The convention marks the one-year anniversary of Carl Hollister serving as Supreme President of AHEPA. He was sworn in July 29, 2017, during the last day of the 95th annual convention last year in Orlando, FL.

“My election to the office of Supreme President is a special honor and a privilege for me,” Hollister said.  “I thank all the delegates for the love and confidence that surrounded me and who gave me the reins of the largest and most dynamic organization of Hellenic Americans.”

Hollister is president and CCO of L.M. Kohn and Company, a brokerage and investment management company. The term of office of the Supreme President is one year and is set to expire at this year’s convention.

Prior to his election as Supreme President of AHEPA, Hollister, of Mason, Ohio, served as a committee member on AHEPA’s Cyprus and Hellenic Affairs Committees.

He was director for a senior housing project through AHEPA No. 113 in Southwest Ohio. He also directed the Cleisthenes Project, which recognizes individuals who have had a significant impact on democratic governance by creating a plaster bust of the individual which is displayed inside the Ohio State House.  The first bust honored Greek statesman Cleisthenes, the Father of Democracy.

Hollister has more than 20 years of experience in the Securities Industry and graduated in 1988 from Grove City College with a B.A. of Economics degree. In 1993, he graduated with an M.A. in Finance from Webster University, Webster Groves, MO.  He is a retired member of the U.S. Army Reserves with 21 years of total service.

AHEPA was founded on July 26, 1922 in response to the evils of bigotry and racism that emerged in early 20th century American society. It also helped Greek immigrants assimilate into society.

Today, AHEPA brings the ideals of ancient Greece, which includes philanthropy, education, civic responsibility, and family and individual excellence to the community.

Although a majority of the membership is composed of Greek Americans, application for membership is open to anyone who believes in the mission of the organization.

Previous articleGreece in the Presidency of the European Association of Operators of Toll Road Infrastructures
Next articleOn the Road in Greece: Stavros Niarchos Park