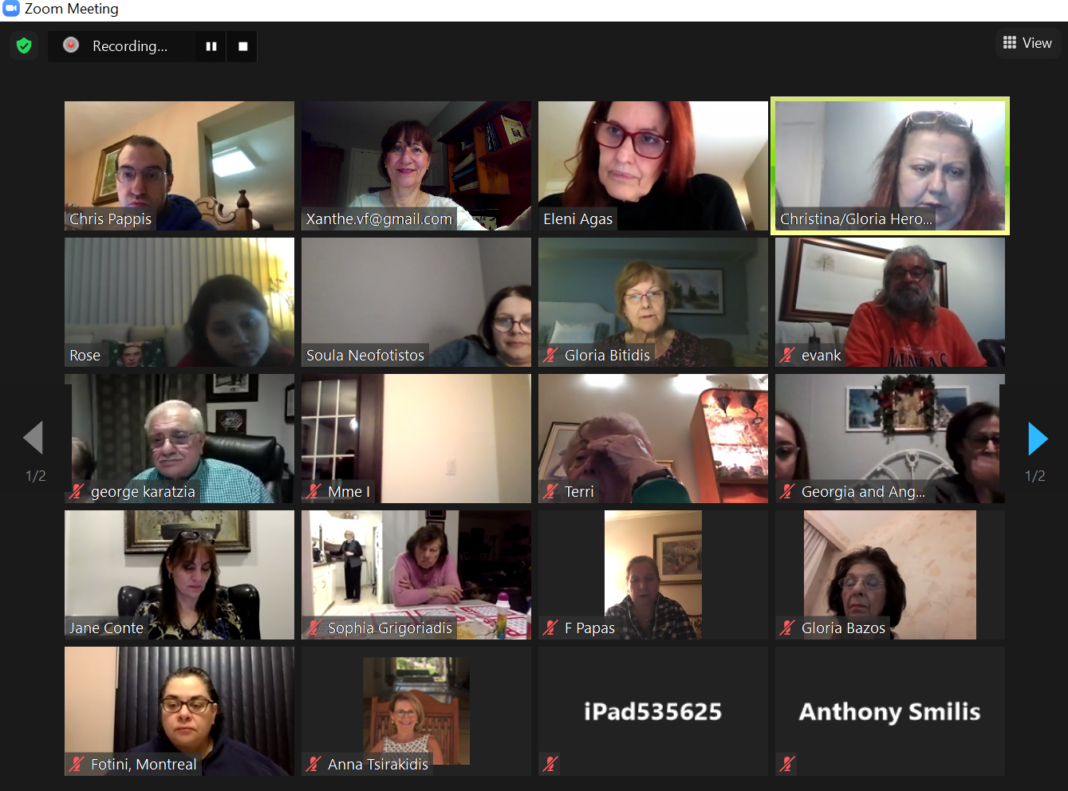 TORONTO – On February 6, 2021, the Toronto Daughters of Penelope (DOP) hosted our second Virtual Bingo Fundraiser over Zoom. With great success from our first event hosted in January, the chapter decided to host a ‘Pre Super Bowl’ bingo night, hosting players from Canada and the US.

Our amazing bingo caller from our first game, Gloria Heropoulos brought even more to the livelihood of the game, inviting a special guest caller Fillis Paraskevopoulos. Their banter back and forth throughout the night was funny and brought so much joy to everyone. The energy stayed unmatched and engaged everyone.

Like the first event, there were three (3) games played, all with different patterns. The first game played was the letter “L”, the second was in the shape of a “field goal”, keeping the football theme relevant, and the last game was a “coverall”. Winners of the games were eligible to win pre-paid visa cards valued at $50.00. With every number called and every box ticked, our players got closer to calling BINGO! Our first game ended in a tie between Maids of Athena (MOA) District 23 Marshall Christina Heropoulos and AHEPA District 6 Secretary Chris Pappis. To break the tie, both players played one single line in any direction, and the first to bingo, won. It felt like time had stopped as the game had gone head-to-head, however, MOA District 23 Marshall Christina was victorious and won a $50.00 pre-paid visa gift card but chose to donate it to her home Maids of Athena chapter in Toronto Venus Chapter #13. Our last game was won again by Christina and she chose to donate it back to the game to let another player have the chance to win. Our final winner was Eleni Agas from Toronto, who also chose to donate it back to her respective chapter, the Toronto Daughters of Penelope (DOP) Mycenae Chapter #220.

Proceeds from the event will benefit various charities that the chapter supports. We were honored to have DOP Past Canadian President Terri Efston, District 23 Governor Dr. Xanthe Vafopoulou, Treasurer and Past Canadian President Betty Drakontaidis, Past Canadian AHEPA President Tony Mavromaras, AHEPA Region 3 Past Supreme Governor George Karatzia, AHEPA District 6 Secretary Chris Pappis and MOA District 23 Marshall Christina Heropoulos. This year has been incredibly difficult in raising funds for our various chapter projects, but we are incredibly grateful to have the support from our members in the DOP and AHEPA. Without their continued support we would not have the virtual turnout that we do.