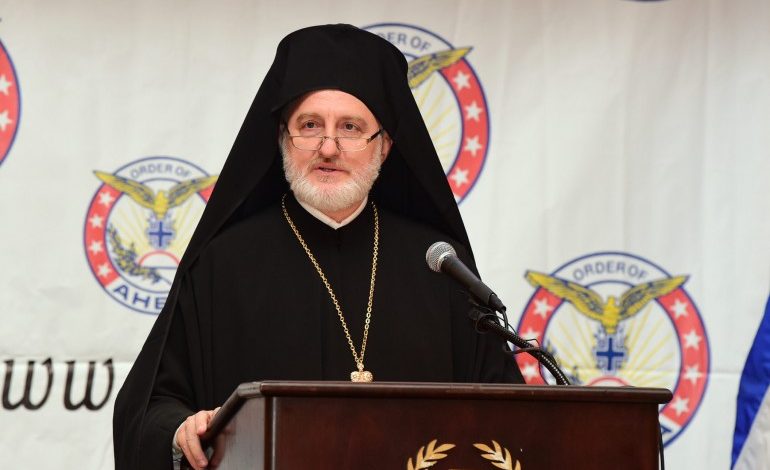 WASHINGTON, DC —  His Eminence Archbishop Elpidophoros of America has proclaimed May 16, 2021, as “AHEPA Sunday” in the Greek Orthodox Archdiocese of America.

The Encyclical, issued by Archbishop Elpidophoros, states, in part: “Next year, in 2022, both the Greek Orthodox Archdiocese of America and AHEPA will observe the centennial of their foundings. The fact that we share this anniversary reveals how connected and synergistic we truly are. I am proud that this landmark occasion will bring us even closer together, for the Archdiocese and AHEPA are partners at both the national and local levels. Every parish is enriched by the local AHEPA Chapter, and I pray that on this Sunday, particular expressions of fidelity, fraternity, and friendship will abound in all our communities.”

Archbishop Elpidophoros also thanked and saluted all Ahepans for their commitment to marking the milestone event of the Bicentennial of the Greek War of Independence.

“We are honored and deeply grateful for the kind words of Archbishop Elpidophoros, who eloquently described the synergy between AHEPA and the Greek Orthodox Archdiocese of America as next year we will commemorate the centennial anniversaries of our organizations’ founding,” Supreme President George G. Horiates said. “The AHEPA family values the close ties and shared history it has with the Greek Orthodox Archdiocese of America. We are also grateful for the blessings Archbishop Elpidophoros has bestowed upon the AHEPA family and our members.”