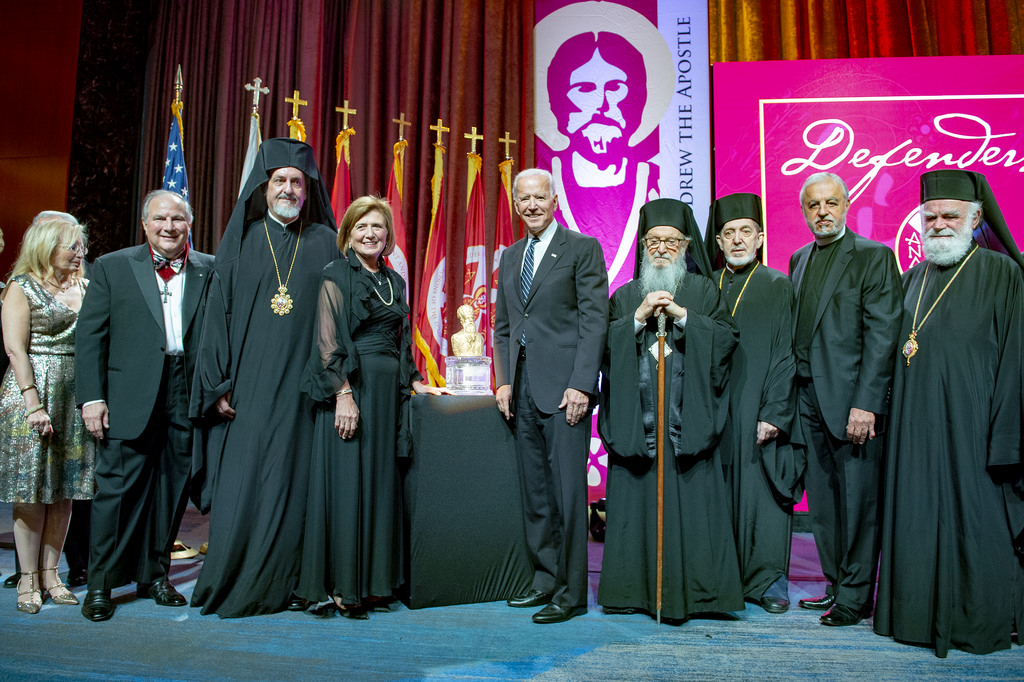 The Award, established in 1986, is presented annually to a person or organization that has consistently exemplified concern for the basic rights and religious freedom of all people. It is named in memory of Ecumenical Patriarch Athenagoras.

Fr. Alex served as the Executive Director of Leadership 100, (1986 to 1992 and 1999 to 2004). He and Xanthi are both members. He was appointed by Archbishop Iakovos as the first vicar of public affairs of the Greek Orthodox Archdiocese of America in 1985, holding that position simultaneously until 1992 when he was appointed special assistant to His All-Holiness Ecumenical Patriarch Bartholomew at the Ecumenical Patriarchate of Constantinople. Currently, he is the spiritual adviser to the Order of Saint Andrew and to Faith: An Endowment for Orthodoxy and Hellenism. He serves as special assistant to the Archbishop working as public affairs liaison. He is also the Orthodox chaplain for the Port Authority of New York and New Jersey. Together with his son-in-law, Father Constantine Lazarakis, he pastors the Dormition of the Virgin Mary Greek Orthodox Church of the Hamptons.

Presbytera Xanthi Karavellas Karloutsos, who has more than 46 years in community service, presently serves the Greek Orthodox Archdiocese as Executive Assistant and Coordinator of the Offices of Public Affairs and Faith Endowment, and as Office Manager for the Order of Saint Andrew the Apostle. She also serves on the boards of the Beau Biden Foundation and Amani Global Works, which focuses on the health needs of children on the Island of Idgwi of the Democratic Republic of the Congo and on HOPE, a newly established ministry on Long Island’s East End which hopes to address the scourge of human trafficking.

Father Alex and Presbytera Xanthi are the parents of three children, Michael, Anastasia, and Olga and have nine grandchildren.