GreeceThe Balkans need stability. The name Macedonia won't do it: The Macedonian...
FeaturedGreece

The Balkans need stability. The name Macedonia won’t do it: The Macedonian League advises the EUR on Balkan national security matters. 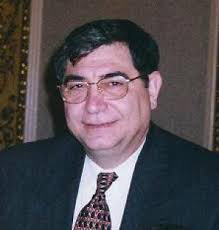 As U.S. citizens concerned about stability in the south Balkan Peninsula, we are opposed to the inclusion of the name “Macedonia” or “Macedonian” in the final name of “The Former Yugoslav Republic of Macedonia” (The FYROM). Although local solutions are significant as they contribute to the global stability one must consider the political and social reality in the specific region. The present political values in the FYROM do not support conditions needed to improve functional neighborly relations between the latter and Greece.
​
The Greek region of Macedonia, due to its natural resources and the geographical position has become a tempting prize to be won by conquest either through invasions with consequent devastation or through political posturing. In fact, politicians of neighboring countries set as an objective the establishment of a foundation of descent and birthright to eventually claim over the land which for 4,000 years has been by inheritance Greek. Indeed, in the last two centuries, the Greek region of Macedonia has confronted belligerent predisposition to include but not limited to demographic manipulations, historical forgeries, relentless disinformation, and even abduction along with indoctrination of Greek children to communism.

While it is paramount that the name dispute of the FYROM must be solved the soonest, it also imperative that such an agreement must be devoid of unfair and misleading terms that appear durable and overtly bestow hope for stability, while in fact, they uncover to be awash of instability. Such a solution is imperative so that both sides should benefit from it without endangering the national security and territorial integrity of Greece any time the FYROM changes governments. It is essential that designations such as nationality, ethnicity, heritage, culture, identity and any other description presently linked to the name “Macedonia” and its derivatives follow the final name of the FYROM as international law and norms prescribe.

Since previous governments of the FYROM had created a national amnesia that causes them to forget who and what they are through malfeasance, the responsibility to educate their citizens regarding their Slavic heritage lingers on the present administration. We are urging all powers involved to offer their good offices for a just solution considering the reasons behind our objection. The path that the forefathers of the Slav inhabitants of the FYROM had carved remains unaltered at present with the excuse that the name for their ethnicity is “Macedonian” which is the only one they know since their birth. The reality is that they have changed their ethnic designation a few times during the 20th century.

We are opposed to the name “Macedonia” even if it follows a geographic designation that would allow the FYROM explicitly or implicitly the derivative “Macedonian.” Such demands provide an indirect but particular path to the inherent right to claim the land of their imaginary ancient ancestors.

—
About the Macedonian League
We are an international professional Hellenic advocacy group. Our primary purpose is to advance our interests to informed and responsive governments on issues concerning Greece’s national security and territorial integrity. The Macedonian League’s main focus is on the “Macedonian name dispute”, as this dispute is a serious national security issue that threatens the territorial integrity of Greece. The Macedonian League also focuses on exposing and combating anti-Hellenism and analyzing political developments in the Former Yugoslav Republic of Macedonia.
Share
Facebook
Twitter
Pinterest
WhatsApp
Linkedin
Email
Viber