Bringing Hellenism to the office of Jersey City mayor 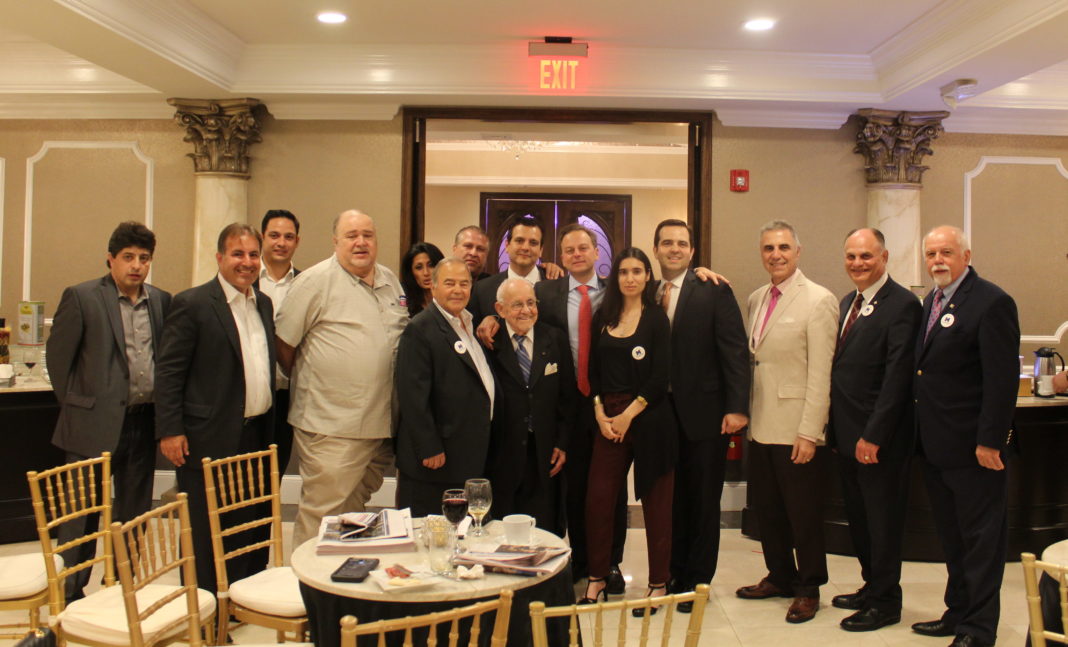 It’s time to take the Hellenic values that every Greek knows, and bring them into public office.

That’s what Jersey City mayoral candidate Bill Matsikoudis is hoping to do, and he is asking the Greek Americans in his community to help make it a reality by supporting his campaign.

“I think as Greeks we have an obligation to do whatever we can for the common good. It’s part of our ethos,” he said in an interview with Hellenic News of America during a June 13 fundraising event at the Grand Marquis in Old Bridge, New Jersey. The fundraiser targeted the Greek American community with the hope of rallying them to support his campaign with donations, enthusiasm and with votes.

Waitresses offered hors d’oeuvres and drinks as guests sampled olives and other Greek delicacies. Supporters and Greek business people chatted amicably with each other as the candidate traveled the room, stopping to speak with individuals and to share a memory or discuss an issue.

“To a great place, to a great people and a great candidate, Bill Matsikoudis,” Hellenic News publisher Paul Kotrotsios said in his opening remarks.  He and Matsikoudis share a common heritage, Thessaloniki, where Kotrotsios graduated university and where Matsikoudis’ family originates.

“I’ve known Bill for a number of years. We work together. We went to Thessaloniki together years ago and we tried to convince them to come to the United States, meet the Greek American community and start doing business. And since then we became friends,” he said. In fact, Matsikoudis hosted the Thessaloniki mayor while visiting Jersey City, he said.

Matsikoudis, a Democrat, is taking on incumbent Jersey City mayor Steve Fulop in November 2017. He talks about a sense of honor, kleotimi, in Greek.  “It’s hard to translate but essential to the Hellenic ideal. For me, the right thing is I want to stand up and do something for my community.”

Matsikoudis described Hellenism as a spiritual thing for him, something he received from his father, who came to America at age 20. His father fought in the Greek army in World War II against Mussolini’s forces in Albania. He eventually got enough money in America to open his own store in Jersey City and live the American Dream.

That’s why, when Matsikoudis was city attorney, not only was there a flag raising for the Greeks every March 25, but Jersey City was the only city at that time in America that raised the Cypriot flag every July to commemorate the invasion and occupation of northern Cypress, “so whatever voice or soap box I get in life, I always advocate for Greece and I’ll always try to help out Greeks…”

“Hellenism offers America so many things,” he says, including Democracy, civic involvement, dedication to community, a respect for the morals of God, hard work and the honor of a people who have survived invasion and occupation. “That’s what we need in society, as citizen, we need to have honor and dignity and know that we have to do the right thing,” he says.

“Great friends, come and support one of our own,” Kotrotsios urged the group at the fundraiser. It would be the pride of Greek Americans to have many more Bill Matsikoudis’ in every U.S. community, he said.  It is important to promote Greek American candidates, support them economically and let them move to the next level, he said. “That’s why we’re here tonight, to send a message,” he said. “We need to stand behind him.”

We need a big event for him, Kotrotsios continued, not just to help his candidacy but also to inspire other Greek Americans who might want to run for office. “I’m talking about the youngsters,” he said.

Supporter John Nikkos recalled a comment his sister had made, wondering why Hudson County (where Jersey City is located) had such talented people, yet no one would run for office.

“Now all of a sudden, along came Billie, and she would have been thrilled.”

He described Bill Matsikoudis as an inspiration. “Whenever I meet him, whenever we talk together, whenever we travel together, he really inspires me because he is a vibrant individual. I’m sure when Billie becomes mayor (and he will become mayor) he will be as vibrant as he is in life,” Nikkos said. 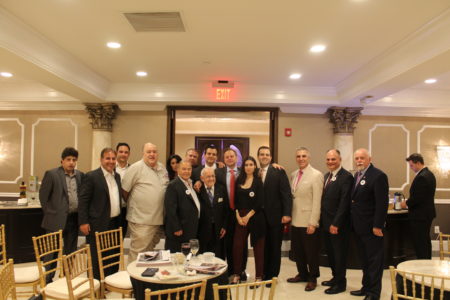 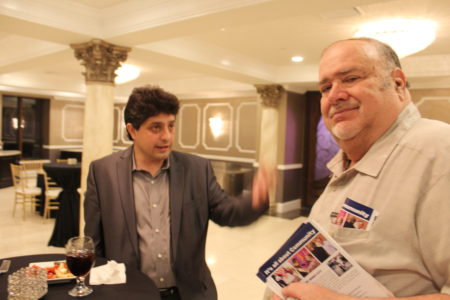 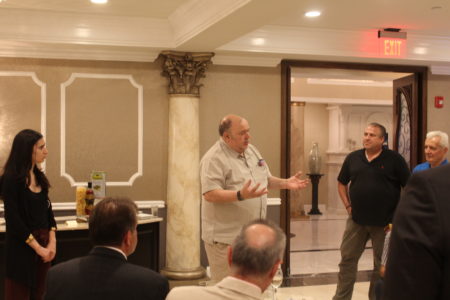 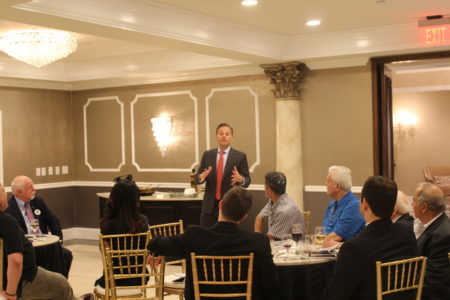 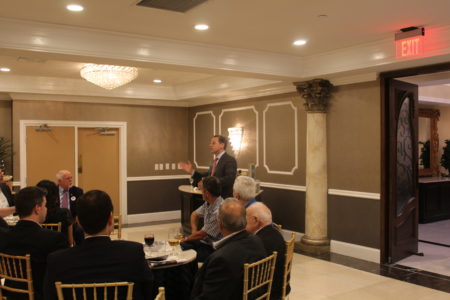 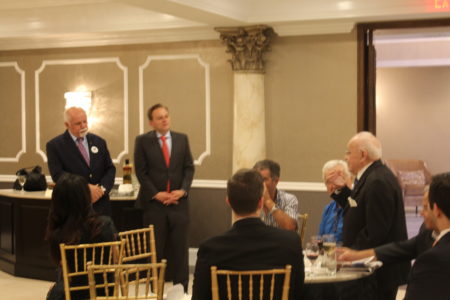 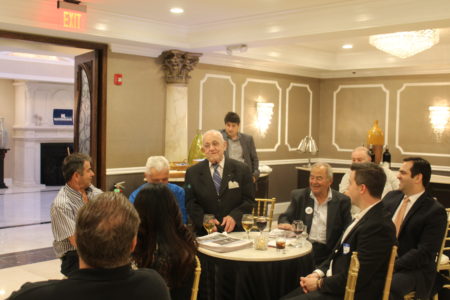 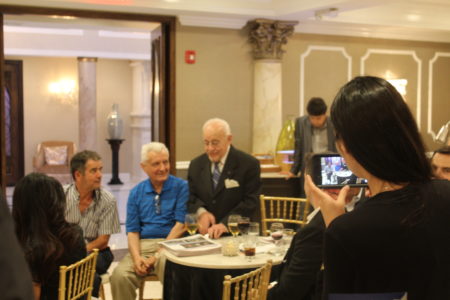 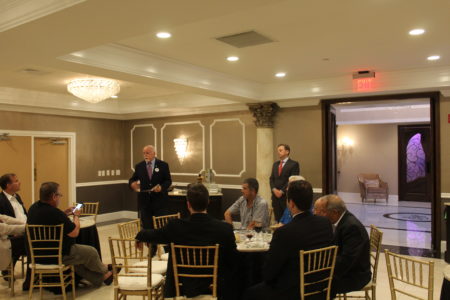 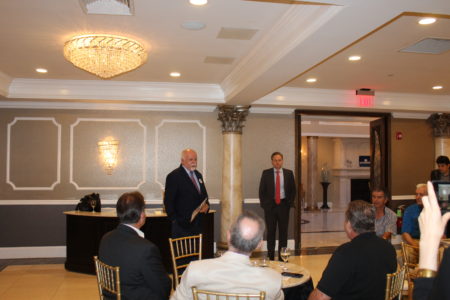 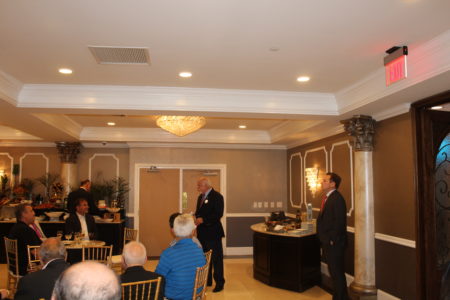 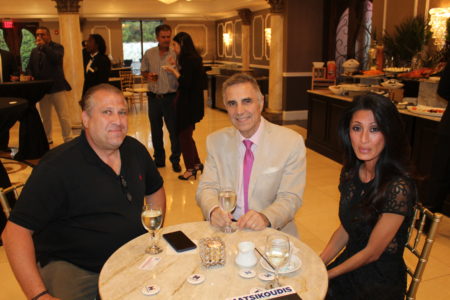 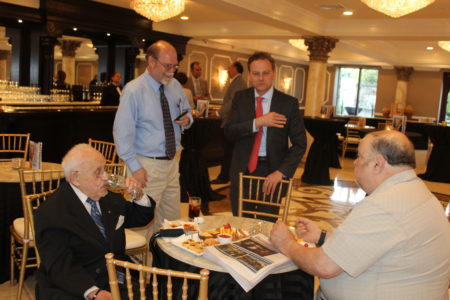 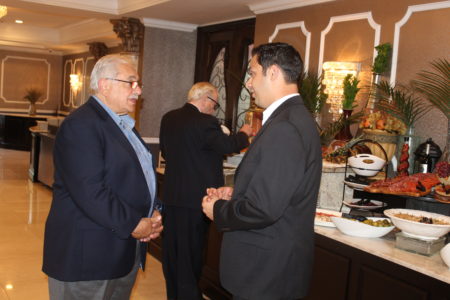 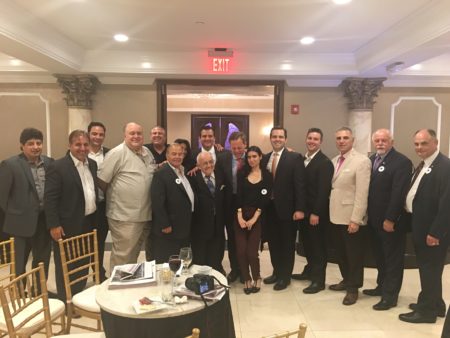 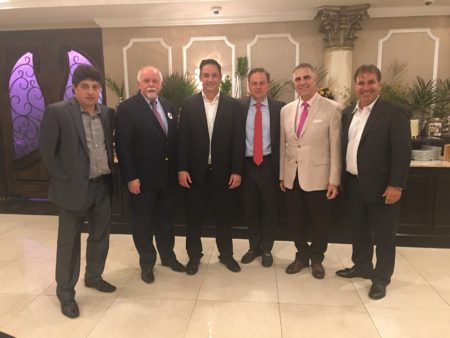 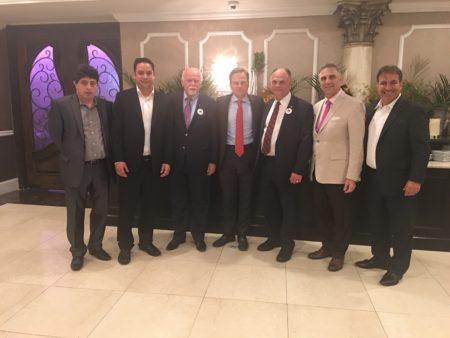