Chaos in Libya: The Rising ISIS Threat to Europe 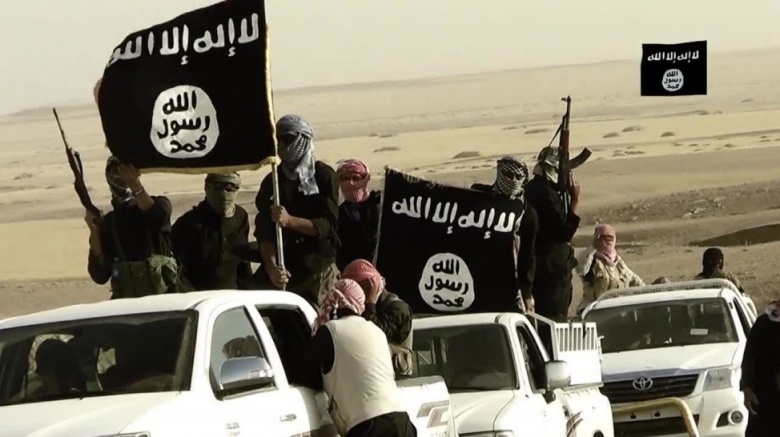 The Islamic State, also known as ISIS, poses a threat to European security as demonstrated by the terrorist attacks in Paris and Brussels. In the past year, the terrorist group has increased its presence in Libya with 5,000 to 6,500 fighters there and controls almost 200 miles of coastline. President Obama needs to decide on military action to prevent ISIS from attacking Europe again – not to mention stopping the terrorist group from spreading to other parts of Africa.

Libya is in chaos due to the power vacuum left behind by the 2011 air campaign that removed former Dictator Muammar Gaddafi – cities are in ruins and more than 4,000 people have been killed. Gadhafi’s weapon arsenal has fed the Syrian civil war, and ISIS has thrived in Libya by exploiting the unsettled political and military situation.

Libyan presence serves as a safe haven for ISIS from bombs being dropped in Iraq and Syria, and allows the terrorist group to be in closer proximity to Europe. This may also make it easier for ISIS to expand into neighboring African countries. Just 18 months ago ISIS had fewer than 1,000 followers in Libya – today that total has increased by five or six times.

The terrorist group’s immediate goal is to create a new caliphate in Libya, and it is trying to establish state-like institutions by taxing residents and setting up an administrative apparatus as it did in Syria and Iraq. According to intelligence officials, the main source of revenue for ISIS in Tripoli is taxation and extortion of fees from residents and businesses.

Obama Administration officials have admitted there has been a delay in military action in Libya because they are waiting for Tripoli to create a unified government. Diplomatic efforts are challenging without a stable government, as are military responses.

Secretary of State John Kerry announced that Libya will increase in priority because it serves as the center of new ISIS activity.  Reconnaissance assets, mainly drones, are being utilized to gain a better understanding of unfolding patterns in the area.

In the meantime, ISIS has been creeping westward towards Tunisia – its government believes about 3,000 Tunisian nationals have joined ISIS in Syria, Iraq, and Libya. The road between Tripoli and Tunis has been blocked for months due to fighting among local militants. In response to the increasing conflict, the Tunisian government built a 125-mile wall and trench along its border with Libya and will use surveillance equipment to detect breaches.

ISIS is also linked to nuclear material, which concerns counterterrorism experts. Police discovered a film belonging to a man associated with ISIS targeting a researcher at a Belgian nuclear center that produces large amounts of radio isotopes.

Iraq announced that nuclear material has been seized by insurgents with potentially deadly intentions.  Radiation poisoning and billions of dollars in financial losses would result if radio isotopes were used as a “dirty bomb” and detonated in a major city – a terrorist’s dream.

The Pentagon provided the White House with a detailed report on military options in Libya. Now the president must make some decisions. While American intervention may fuel more violence, it is dangerous for the U.S. and NATO to stand by and do nothing.

Deploying forces to Souda Bay on the Greek island of Crete with a permanently-based aircraft carrier, destroyers and amphibious ships should be considered to deter terrorist attacks and provide a quicker response capability. Intelligence drones at Souda Bay could also boost real-time intelligence in theater, and forces on the island could increase alliance cohesiveness by training at the various facilities on the island.

The U.S. should increase the number of airstrikes in Libya and work closely with the Libyan protection force trying to guard oil facilities. America needs to listen to navy officials and increase presence in the Mediterranean by permanently deploying an aircraft carrier and amphibious ships.

ISIS is much stronger and closer to the European continent today. The West cannot guarantee peace if ISIS were to be removed from Libya, but the U.S. and NATO could deter terror attacks and protect European citizens by boosting capabilities on Europe’s southern flank.