How To Charge Your Electric Vehicle (And Other Devices) When The Grid...
Featured

Ursula von der Leyen at Athens Democracy Forum: ‘It is our generation’s duty to stand by Ukraine as it struggles to determine its future’

Dendias: Since Turkey is talking about ‘legal means’, it should respect International Law 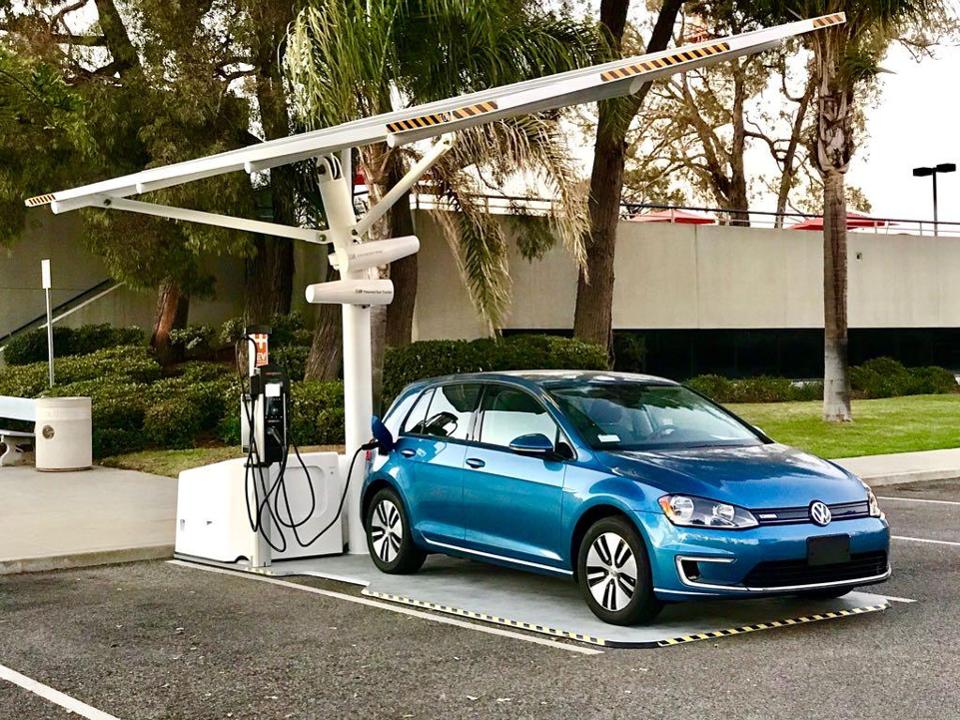 The aftermath of Hurricane Maria in Puerto Rico has shown the devastating potential consequences of not having electricity for an extended period of time. As electric cars become more popular, how would a driver charge his or her vehicle when such a power outage occurs? States and localities need to plan for backup charging infrastructure so that electric vehicles are able to operate when power is unavailable.

When the main grid is not operating, microgrids could provide power, boosting resiliency and reliability. According to the Department of Energy, a microgrid is “a group of interconnected loads and distributed energy resources…that connects and disconnects from [the] grid…”

Microgrids can be placed near a building, such as a hospital, to provide power during an outage or in a neighborhood to serve local electricity needs with solar and other technologies. Additional critical facilities where microgrids are useful include military bases, universities and commercial data centers.

Just as microgrids can provide local power to such critical facilities, they could help ensure that drivers are able to charge their electric vehicles during a blackout. Furthermore, microgrids are useful in helping meet electricity supply and demand in neighborhoods that have several electric car owners. Utilities and regulators need to deploy more microgrids to ensure electric vehicles can be charged and other electricity needs are met when power is unavailable.

Many Northeastern states in the U.S. began pursuing microgrids after the hurricane because they cost less than traditional upgrades and provide an extra layer of reliability. For instance, Connecticut allocated two rounds of funding for several microgrid pilot programs to support electricity reliability and resiliency in the state.

Last year, the city of Berkley began designing a microgrid with solar and energy storage to power buildings and electric vehicle chargers. The California Energy Commission is funding this project with a $1.5 million grant.

While the ability to “island” or disconnect a microgrid from the macrogrid seems beneficial, it is actually controversial.  The capability to island challenges the traditional model of the utility as a “high reliability” provider, and utilities are concerned about safety issues related to keeping areas of the grid powered.

While microgrids add a layer of reliability, they can provide many other benefits too. These include voltage support for distributed generation and consumption of excess energy by charging batteries. Microgrids could also save money where electricity is expensive, such as in remote locations or in areas with high electricity prices.

Furthermore, microgrids have the potential to keep financial resources within a community. When an electric bill is paid, utilities must typically compensate shareholders and corporations. Microgrids that use local resources owned by community members allow dollars to stay in town. Depending on regulations, microgrids could make it easier for everyone to produce energy, not just utilities.

EV ARCs operate with solar power and energy storage. They weigh about 10,000 pounds each and sit above ground. Thus, no costly and timely digging, installation and permitting is necessary. In fact, one EV ARC takes about nine minutes to set up and they can easily be moved from one location to another with the ARC MOBILITY trailer, making them excellent temporary or permanent solutions.

An emergency power panel is also included in each EV ARC which provides first responders and other critical personnel with an emergency generator during disasters and grid outages. The arcs do not need to be stored, fueled or maintained, saving taxpayer dollars.

During a hurricane, the solar panels on the arcs fold down and continue to generate, store and deliver electricity. Such flexibility prevents the interruption of electric vehicle charging caused by emergency events, such as hurricanes, unlike chargers connected to the grid.

Because EV ARCs are decentralized, it is harder for one weather event or terrorist attack to destroy them. Utility costs for electricity are also avoided since drivers are able to drive free on sunshine. Here is an informative video presentation of the product’s capabilities given by its CEO Desmond Wheatley.

While EV ARCs are intended to operate off the grid, utilities could connect them to the main power system and help meet electricity demand. Louisiana Gas and Electric is one example of a utility that uses EV ARCs to prevent blackouts and brownouts caused by load spikes. The main grid can also charge EV ARC batteries when solar may be lacking.

Microgrids and EV ARCs are examples of two deployable solutions to provide electric vehicle drivers with power when the main grid is down. As more customers opt for electric vehicles, such backup charging sources will become vital to electricity supply and demand. More states should implement efforts for backup power to charge electric vehicles and meet other needs.