CommunityCharles Theokas: A prominent Greek-American with a lifetime of achievements in...
CommunityFeaturedPeoplePublisher Picks

Charles Theokas, a prominent Greek-American with a lifetime of achievements in the sports industry, was inducted into the Lowell (Massachusetts) High School Hall of Fame on Thursday, November 17, 2022.  Charlie was honored by the Lowell community for having been a standout football and basketball player at Lowell High School six (6) decades ago, including leading Lowell to a Massachusetts State Championship.

Charlie went onto prominence in the Sport’s Industry, after a brief stint as a Professional National Football League player with three NFL teams.  He served for over four (4) decades in administrative, management and leadership roles across the sports spectrum, including as General Manager of the American Basketball Association Championship team New Jersey Nets, and the National Basketball Association New Jersey Nets, as Vice-President of the New Jersey Generals of the United States Football League, as Commissioner of the Atlanta 10 Conference and as Athletic Director at Temple University under President Peter Liacouris. 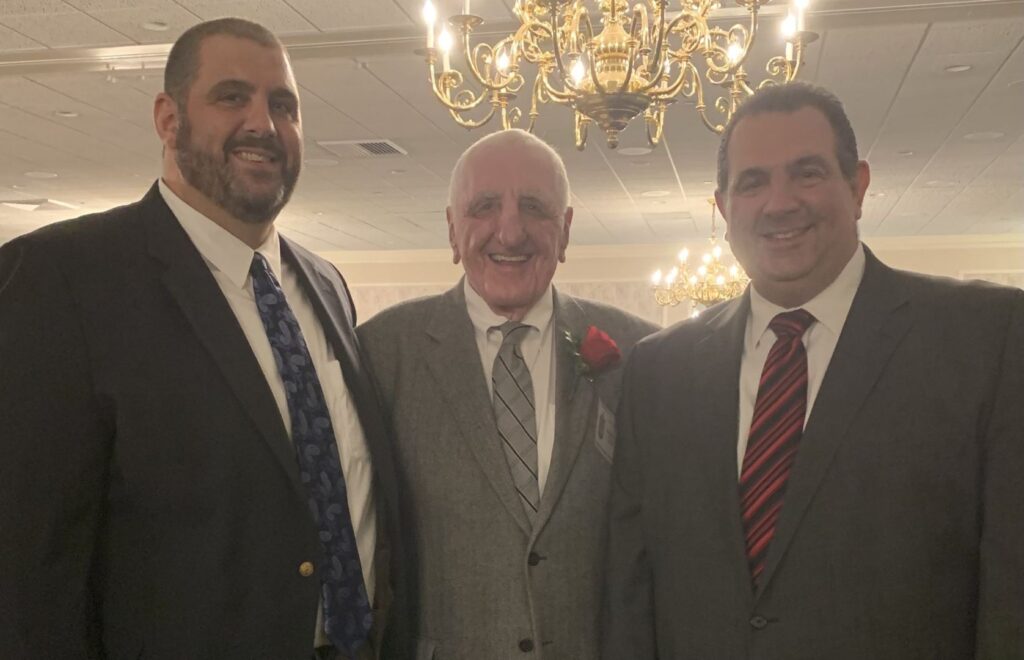 Charles’ family, his wife, Virginia and his sons, Michael and Andrew, and their spouses and children attended the sold-out event in Lowell, along with his lifelong Greek friends from his Lowell youth, including George Behrakis.  While Charles’ remarks touched upon his pride in being from Lowell, he also focused on his pride in his Hellenic heritage, his Greek Orthodox faith, and his involvement in the Order of AHEPA, both in Lowell and in New Jersey.