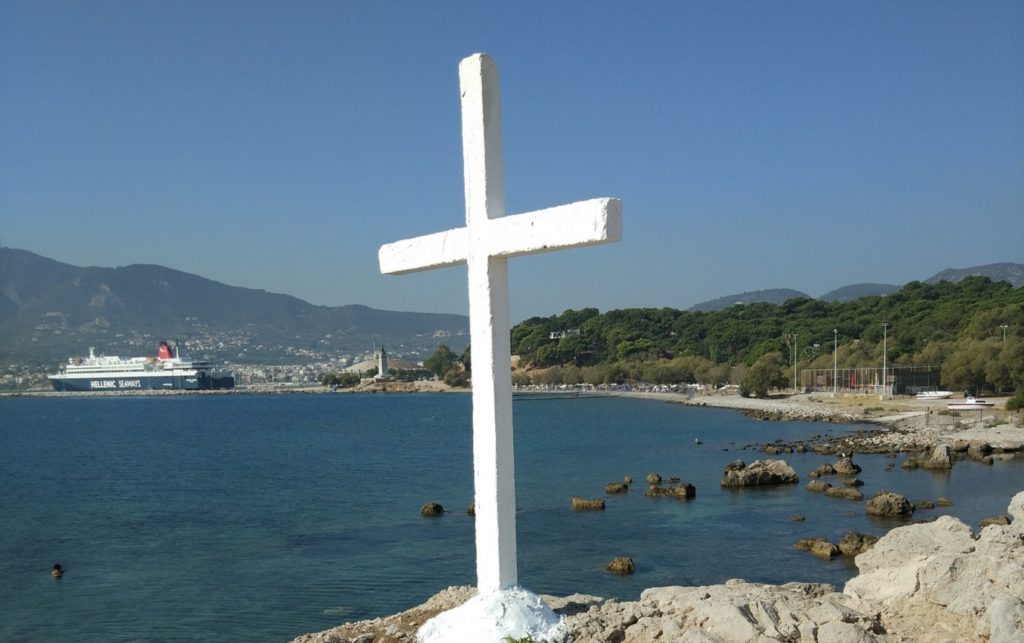 A cement Christian Cross removed in Lesvos has been raised again by citizens outraged that it was taken down.

The large cement Cross, installed in September on the rocky shore of Apelli, under the castle of Mytilene in Lesvos, was placed there by a religious group in September in honor of the people that have died swimming there, according to a Greek City Times article. It was taken down after “co-existence groups” claimed it was offensive to non-Christian refugees.

A few days after it was erected, a non-government organization sent a letter to the Portmaster of Mytilene and the Mayor of Lesvos claiming the Cross was placed by strangers in order to prevent “other people” from coming there to swim, according to the Lesvos News.  It pointed out the “inappropriateness” of a religious symbol at a swimming site.

The majority of residents on the island are Greek Orthodox but Lesvos has been receiving a massive influx of Muslim migrants with hundreds of asylum seekers arriving every week from the war-torn Middle East. Currently, asylum seekers on five Aegean Sea islands — Lesvos, Chios, Samos, Leros, and Kos — are banned from traveling on to the Greek mainland as part of the European Union’s “containment policy.”

“This act is illegitimate, unsightly…, but above all, insulting to the symbol of Christianity, a symbol of love and sacrifice, not racism and intolerance,” the letter stated.

One month after the letter was sent; unknown vandals broke the Cross and took it down, according to the Lesvos News.

Locals were outraged the Cross symbolizing Christian faith was pulled down and said it’s unacceptable behavior since the majority of people on Lesvos are Greek Orthodox.  They raised the Cross again, holding it in place with rocks and pebbles. Plans are in place to raise money and have the Cross reinstalled properly, according to the Greek City Times article.