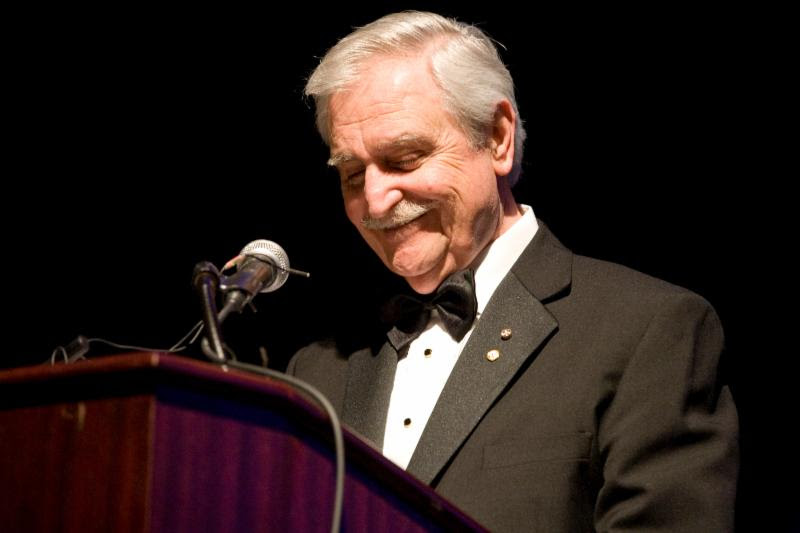 The PanHellenic Scholarship Foundation is commemorating 5-years without their beloved Founder, Chris P. Tomaras.  Throughout his life, Mr. Tomaras devoted much of his time, ideas, and resources to several organizations and causes but especially to the PanHellenic Scholarship Foundation, his progeny. Chris believed that education, along with the guidance of Hellenic ideals, were the most important ingredients to a successful life.
A college education is what sparked Chris Tomaras’ voyage to the United States from Greece at the age of 20. As a young immigrant, he struggled to finance his studies at Columbia University, eventually succumbing to the financial burden. Never one to give up, he worked relentlessly through countless business ventures to make a name for himself and achieve success. Ultimately, Chris established Kronos Foods, which became the largest Greek food product manufacturer in America.
Chris Tomaras’ drive to succeed also awakened his drive to give back, with the creation of what is now known as the PanHellenic Scholarship Foundation over 20 years ago. To date, the PanHellenic has awarded $3.5+ million in scholarships to 550+ undergraduate students from over 200 colleges and universities across America.
The PanHellenic has proudly continued Chris’ vision and mission through scholarships, and expanded his legacy to include mentorship and internship initiatives for Greek American youth. The annual Awards Ceremony and Gala has now become a full weekend in Chicago for Scholars and their families to enjoy. We have partnered with individuals, companies, and other Hellenic organizations to create opportunities that go Beyond a Scholarship—benefits that are enjoyed by hundreds of past and present scholarship recipients as they are welcomed into the extended PanHellenic family. With the spirit of Mr. Tomaras in our hearts, we even came together during a global pandemic to deliver a virtual Alumni Weekend for the first time this year—with over 20,000 tuning-in since June to celebrate and meet our Scholars.
All of these achievements have been made possible by a community of people dedicated to preserving the dream of Chris P. Tomaras, and promoting that dream in perpetuity for generations to come.
May his memory be eternal
Αιωνία του η μνήμη
Share
Facebook
Twitter
Pinterest
WhatsApp
Linkedin
Email
Viber