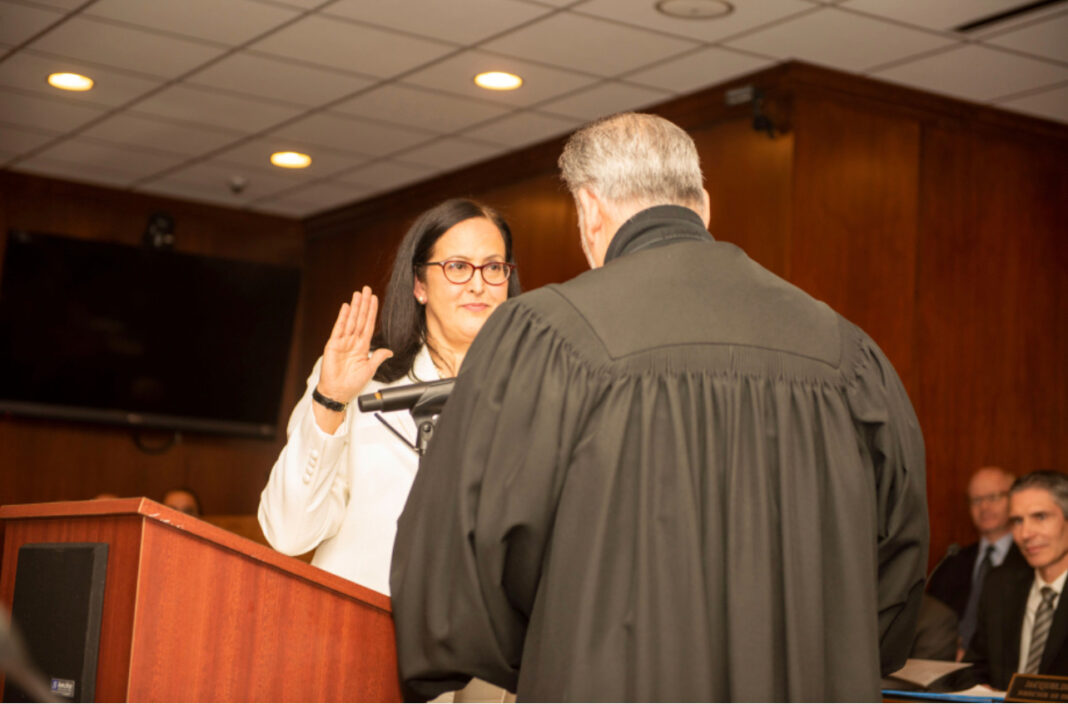 By Leslie Krowchenko, Special to the Hellenic News of America

Most people only think about the source of their drinking water when they turn the tap and nothing flows from it.

Mariyana Spyropoulos thinks about it all the time.

“People take water for granted, except in an emergency,” she said. “Then, it becomes the most important thing on their minds.”

An attorney and environmentalist, Spyropoulos traces her left-brain, right-brain personality to her parents. Her father, the late Theodore Spyropoulos, served in numerous leadership roles in Greek-American organizations and founded “Plant Your Roots in Greece,” an effort to reforest the nation’s communities. Her mother, Erika, is an avid gardener. Both considered the importance of water preservation and decreased dependence on plastics long before the catch phrase “reduce, reuse, recycle.”

Her early interest in civics drew her to the law. She earned her Juris Doctorate from the University of Illinois Chicago School of Law and an MBA from Loyola University Chicago.

Her pursuits mesh through MWRD, which protects the water environment for the five million residents of the city and its 121 surrounding communities. The area is adjacent to the Great Lakes, the world’s largest freshwater system; HOMES (Huron, Ontario, Michigan, Erie and Superior) contain approximately 20 percent of the world’s surface freshwater. 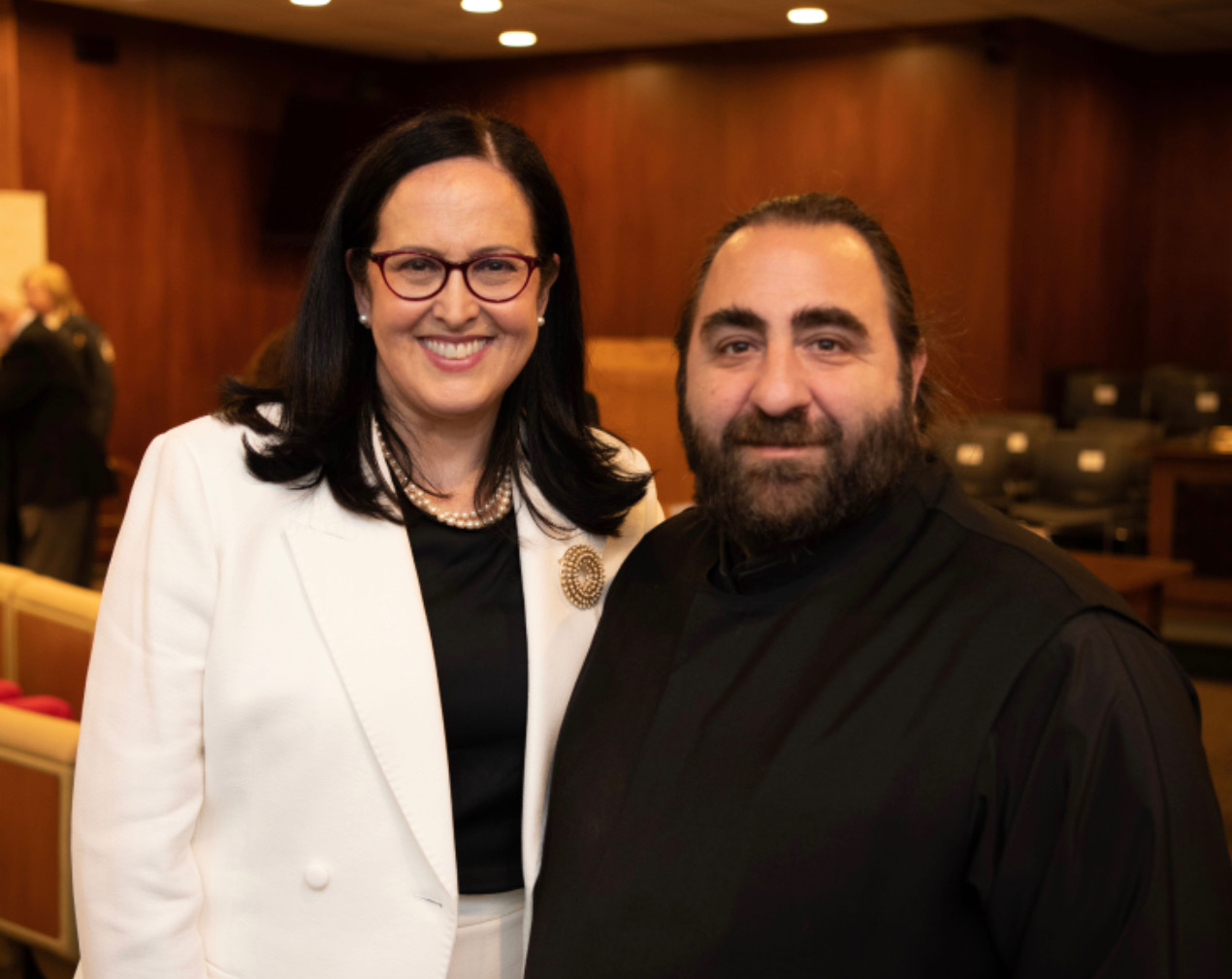 “We must protect this important resource,” said Spyropoulos. “It is a three-part eco-system – we are responsible for stormwater and wastewater, which have an effect on drinking water.”

Appointed in 2009 to fill a vacancy on the board, Spyropoulos was elected to her first six-year term the following year and is beginning her third stint. She served as Chair of Finance from 2013-2015 and Board President from 2015-2019. Commissioners are elected at large for six-year terms and operate on a salaried, part-time basis.

MWRD, with a budget of $1.4 billion, has a staff of more than 2,000 to maintain day-to-day operations. Departments include engineering, administration, maintenance, finance, law, human relations and information and technology.

MWRD’s job is a big one, both literally and figuratively. The district collects wastewater from municipalities in its service area, conveys it to wastewater reclamation plants, provides full secondary treatment and discharges clean water to local waterways. The agency is also responsible for stormwater management for all of Cook County. 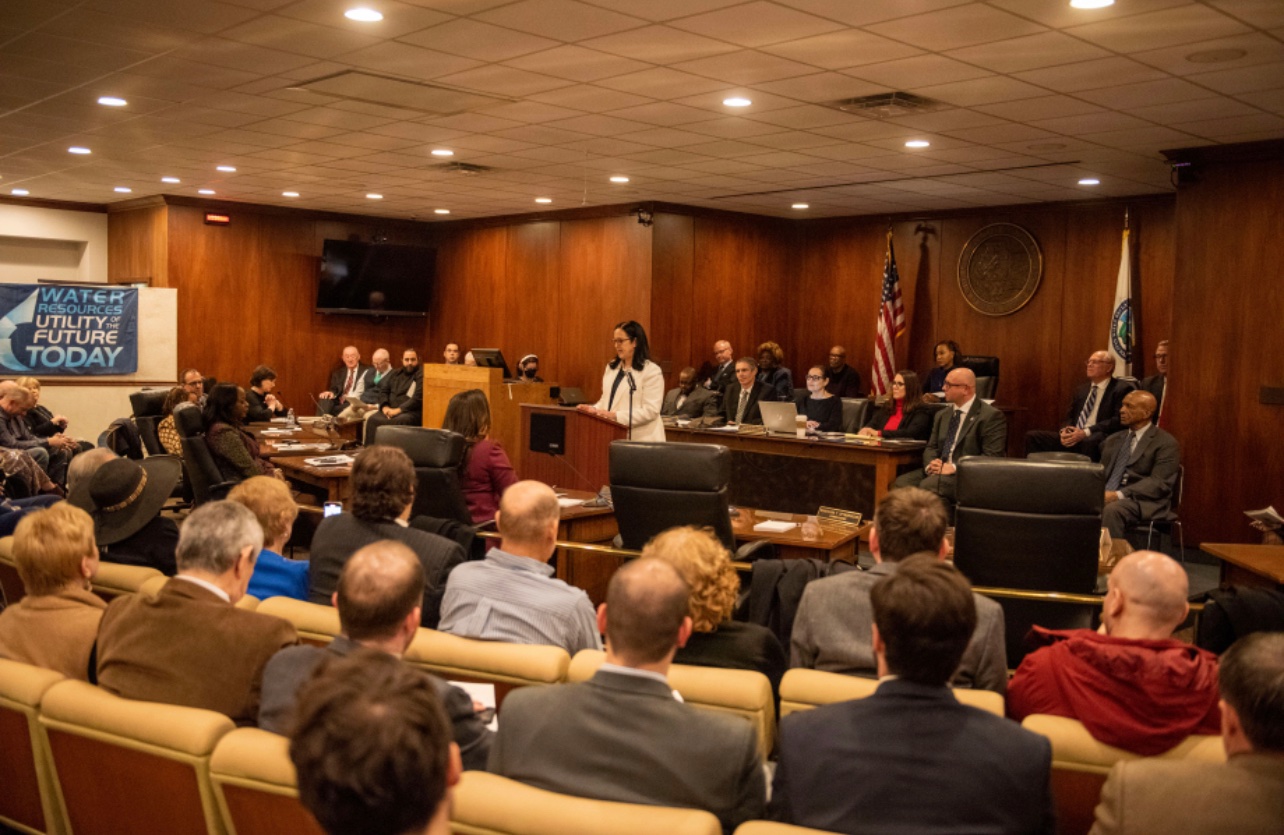 The agency treats an average of 1.3 billion gallons of wastewater each day through its seven plants. The Tunnel and Reservoir Plan (TARP), known as the Deep Tunnel, is a 109-mile-long trench designed to protect rivers and Lake Michigan from sewer overflows and provide an outlet for floodwaters to reduce street and basement backup flooding.

“Our treatment plant is the largest in the world,” said Spyropoulos. “Our system contains three reservoirs, one of which is the size of six football fields.”

Even the most devoted Bears fans may have difficulty comparing the facility to half a dozen Soldier Fields, so Spyropoulos makes the conversion a bit more manageable.

“I explain it as ‘every time you use the shower, toilet, sink, dishwasher or washing machine, the water goes into the local sewer system,’” she said. “All the rainwater is part of stormwater management.”

The cleansing process removes the organic matter, which is converted into biosolids, nutrient-rich material which can be used as fertilizer and soil amendment on athletic fields, golf courses and park districts. The water, known as effluent, is channeled into the Chicago Sanitary and Ship Canal, flowing down the Mississippi River to the Gulf of Mexico. Plans are underway to also reuse the water in cooling and construction projects.

The board is engaged in eco-friendly programs in an effort to divert stormwater from the system and react to the effects of climate change. Its evaporation projects include mini reservoirs, green roofs and converting blacktop playgrounds into green space. To date, MWRD has partnered with 30 Chicago Public Schools for Space to Grow, which transforms schoolyards into community spaces for physical activity, outdoor learning, environmental literacy and engagement with art, while addressing neighborhood flooding issues. 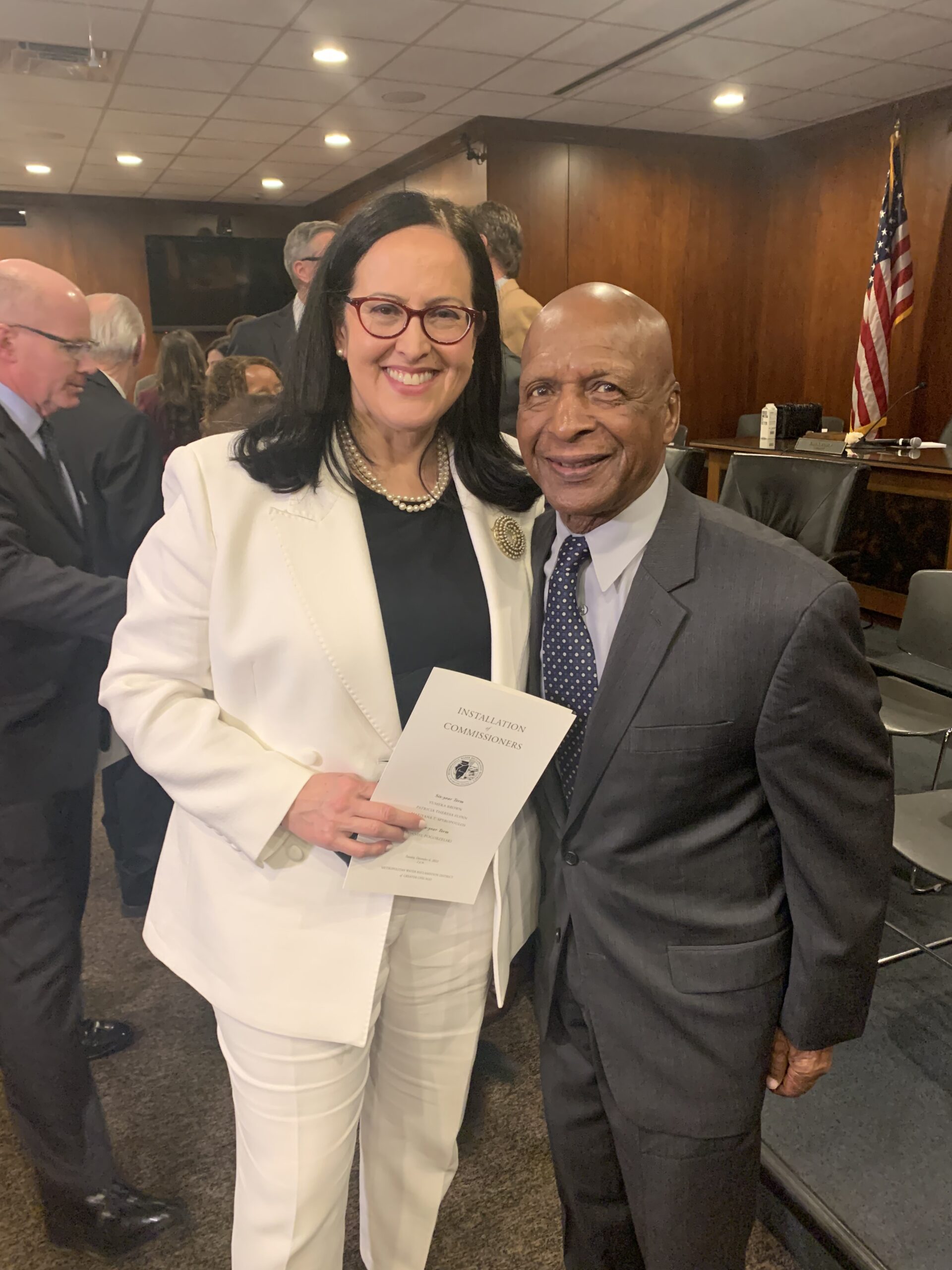 She has had numerous accomplishments in her first 12 years. Her initiatives have included designating an Inspector General to provide independent oversight, increasing transparency by recording and streaming board meetings, introducing an online app allowing residents to report water pollution and championing MWRD’s support for the Paris Climate Agreement and the push to reduce greenhouse gas emissions.

Spyropoulos has equally-ambitious goals for her next term. Leading the list is upgrading the infrastructure to ensure the system is consistent throughout the district.

“We see this all as one system,” she said. “We need to provide help in the poorer communities by investing there.”

She is focusing her environmental eye on per- and polyfluoroalkyl substances (PFAs), a class of more than 1,200 man-made chemicals found in everyday products like waterproof jackets and nonstick pans. The toxic chemicals, which can have harmful health impacts, have been detected in the drinking water of major metropolitan areas.

Some of Spyropoulos’ goals can be accomplished through cooperation between the city and local businesses. The Chicago Department of Public Health and Chicago Police Department have partnered to provide locations for the safe and proper disposal of unused or expired prescription and over-the-counter medications. She would like to see the collaboration expanded to include chain drug stores.

“People may not always feel comfortable walking into a police station,” she said. “Working with CVS and Walgreens could ease that issue.”

Other goals are equally practical, such as providing disposal sites for hazardous products such as paint, oil and other non-sewer-friendly substances.

“You change the oil in your car – what do you do with it,” she said. “Designating drop-off locations could be the answer.”

Spyropoulos is also an advocate for STEM (science, technology, engineering and mathematics) and STEAM (STEM plus arts) education and recruiting college students to intern with MWRD.

“Going to schools and talking with kids is so important – we want to energize the next generation,” she said. “Water is our most precious resource – without water there is no life.”