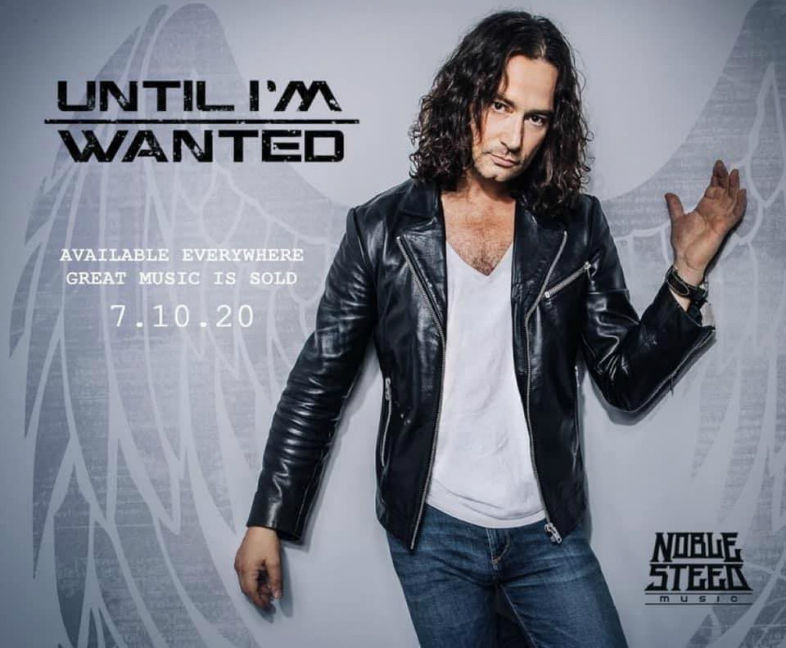 By: Markos Papadatos, Senior Editor
Constantine Maroulis will be releasing his forthcoming studio album “Until I’m Wanted” this summer. Hellenic News of America has the scoop.

Maroulis is an acclaimed Greek-American actor, producer, singer, and songwriter. He is known for his acting performance in the musical Rock of Ages on Broadway, for which he earned a Tony nomination for “Best Actor in a Musical” for playing Drew, as well as his run as a finalist on the fourth season of the reality singing competition American Idol. He returned to the hit Fox show American Idol as a mentor in its 15th season.

His upcoming original studio album, Until I’m Wanted, will be released on July 10, 2020. Maroulis is also developing a number of creative projects in television and film, which include Tony-nominated work as a producer of the Broadway revival of Spring Awakening. The Greek-American musician recently released the songs “All About You,” “Here I Come,” and “She’s Just Rock N Roll,” all of which are tracks from his forthcoming studio album.

Maroulis will be starring in the upcoming feature film Either Side of Midnight, which was written by Jonathan Spottiswoode and directed by Roger Spottiswoode. He graduated from the Boston Conservatory at Berklee College of Music.

Until I’m Wanted is available for pre-order on digital service providers by clicking here.

To learn more about Constantine Maroulis and his new album Until I’m Wanted, check out his official Facebook page and his homepage.