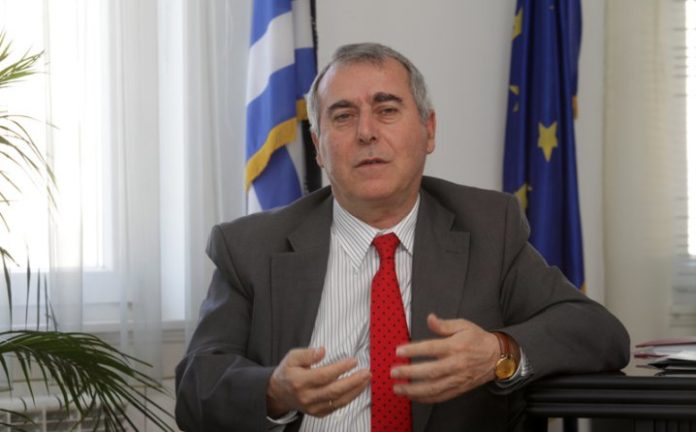 On 7th July, U.N. Secretary General Antonio Guterres, announced after long and difficult talks in Crans Montana, Switzerland, that “…the Conference on Cyprus was closed without an agreement being reached”.

It was amongst the rare cases when the Secretary General was determined to become personally involved, before talks final stage and level. His devotion and persistence to reach a solution merit all our respect.

In Diplomacy, a cardinal role for the interpretation of the results holds the sequence of the facts. Under this scope, let’s take into consideration, the following :

When Mustafa Akinci became leader of the Turkish Cypriot community, April 2015,  the international press welcomed him as “a leftist moderate, campaigning on a platform of peace, raising hopes of a breakthrough in stalled reunification talks”.

Some political analysts added that “This is quite clearly an election for a solution”.

In September 2016 Mustafa Akinci stated, inter alia, that “2016 is not 1960. It is clear that a solution in the current circumstances, will create a new structure and, therefore, the system of Security and Guarantees has to be adapted in this new situation”.

Later on, he added that “Alter the solution of Cyprus problem, nobody will be able to intervene on a unilateral basis”.

What happened and this moderate politician, campaigning for a solution on a platform of peace and open-minded interlocutor, stated, on 15.01.2017 that “the proposals of the Greek-Cypriot side are unacceptable, there will be no solution without continuation of the Turkish Guarantees and rotating Presidency”?

What happened and Mustafa Akinci changed his position, approach and management of the problem, to 180 degrees, in such a way, that the Greek-Cypriot Foreign Minister Ioannis Kassoulidis characterized, on 23.02.2017, as “unrecognizable”?

It is not difficult to guess and understand the content, strict guidance and conditions of discussion, during the meeting on the Cyprus issue, of Mustafa Akinci with Turkish President Erdogan, Ankara, 05.01.2017. Succinctly, failure of discussions in Mont Pelerin, Switzerland, followed.

If someone looks at the statements of Turkish and Turkish-Cypriot leadership, he will realize that the quasi totality of them focus on “the protection of the Turkish-Cypriots citizens and interests”. If he turns to the Greek-Cypriot side, he will discover that they focus on “a lasting, viable and just solution for Cyprus and all its citizens”. Thus, this is the paradox : Greek-Cypriot side, whose 38% of its territory is under illegal military occupation repeatedly condemned by the international community, who lives under a permanent Turkish threat and has all clear and justified reasons to set up as a priority “the protection of Greek-Cypriot citizens”, focuses on “the solution for all”. On the contrary, Turkish and Turkish-Cypriots always put the spell on “their protection”. Indeed, protection from whom?…

In the mid 90’s a general discussion took place within the European Parliament as to whether Rauf Denktash, Turkish-Cypriot leader at that time, should be transferred to the International Criminal Tribunal, in the Hague, for Crimes against Humanity. The Greek-Cypriot side was obliged to have as interlocutor this man.

I say “obliged”, because Cyprus problem has some specific and unique characteristics : It is the first time where, in order to find a solution, the victim has to negotiate with his perpetrator(!). Moreover, when the victim has pencils and papers while the perpetrator holds guns and ammunitions!

To which extent would it be possible to reach a solution under these circumstances?…

The international community has absolutely and repeatedly condemned, in legal and political terms, the Turkish military invasion and occupation, the mass violation of Human rights, the forcible eviction and displacement of nearly 200.000 Greek Cypriots (40% of the total number of Greek Cypriots in 1974) in form of ethnic cleasning, the expulsion of 20.000 enclaved Greek Cypriots in Karpasia peninsula, the systematic plundering of the Cypriot cultural heritage in the occupied territories (over 500 churches have been destroyed) despite UNESCO, European and International Organizations relevant resolutions, the colonization of the occupied territories with more than 100.000 settlers from Turkey :  They are condemned by the U.N. Security Council and Assembly, the EU Council, Commission and Parliament, the Council of Europe, the European Court of Human Rights, the catalogue is so long…

In particular, referring to the tragic fate of over than 1600 Greek Cypriots and Greeks missing persons, as a result of the 1974 Turkish military invasion to Cyprus, Mr. Rauf Denktash’ statement in the Turkish TV, 01.03.1996, that “…the missing Greeks and Greek Cypriots had in fact been killed in 1974 in cold blood by Turkish Cypriot irregulars” , does not allow any margin of hope, displaying at the same time his real portrait.

On January 28th 2017, “the Economist” published a thorough analysis with the eloquent title “Cyprus will be reunified, if Turkey’s president allows it”.

This title is not a schematization nor a symbolization. Some days ago, 13.01.2017, Recep Tayyip Erdogan stated that “Turkish troops will be in Cyprus forever”, leaving zero possibilities for further progress. Nevertheless, Greek and Greek Cypriots  continue the discussions with flexibility and good faith.

It is obvious that no “normal state” – according the U.N. Secretary General characterization – could have foreign army in its territory and accept “rights of intervention”, by a third country on its territory. On this point  all the parties and the international community coincide (U.N., E.U., U.S.A., Greece, Republic of Cyprus, United Kingdom) except Turkey.

Turkish Foreign Minister Melvut Cavusoglu statet, in cold blood, during the Crans Montana talks, that “Yes, we want the Turkish troops to stay in Cyprus, because it is likely to use them in the future, when need be. We want to have the right of intervention”.

No matter how much appalling this statement could sound, it is even more important to clarify that the abovementioned “right of intervention” covers, for the Turkish side, not only the occupied territories or the territory referring to the Turkish Cypriot community, but the whole island of Cyprus!…Indeed, the words are very poor.

If someone is shocked by the abovementioned Turkish Foreign Minister statement he has to take into consideration that the goal of “annexation” of the occupied territories to Turkey, is a permanent one :

On January 3rd 1997, Turkish Prime  Minister Erbacan and his Cypriot “counterpart” Eroglu signed an economic cooperation protocol in Ankara, which openly provides for the management of the Turkish Cypriot Economy directly by Turkey.

On January 20th 1997, also in Ankara, Turkish President Demirel and Mr Denktash issued a declaration stating that they were setting up a committee to study ways to further promote the annexation of the occupied territories to Turkey

On July 20th 1997, a new common declaration was issued between Mr. Ecevit, Vice-President of the Turkish government and Mr Denktash, announcing the creation of “special ties”in the fields of foreign and economic policy.

In January 1998, the Ministry of Foreign Affairs of Turkey signed an agreement with its Turkish Cypriot “counterpart” on cooperation in the field of  Diplomacy.

Cyprus delimited its Exclusive Economic Zone with Egypt in 2003, with Lebanon in 2007 and with  Israel in 2010, taking into account that Turkey had refrained from any even preliminary discussion with Cypriot authorities, since the former does not recognize them.

Therefore, the self-image that Turkey shapes in international law, is the one of a country which has divided by military invasion an island, or better a third country, Cyprus, occupies 38% of its territory, recognizes the occupied territories under the cover of a pseudo-state which nobody in the whole world recognizes it and the illegal occupatipon is condemned by the international community. In addition, Turkey does not recognize a U.N. and E.U. state, Cyprus Republic, which is recognized by all the international community!  A complete isolation from the point of view of international law, which they try to overbalance by launching continuous threats.

It is to be noted that although Turkey has not signed the new Convention on the Law of the Sea (UNCLOS), the country has taken advantage of its provisions and in 1986 established its Exclusive Economic Zone in Black Sea, based on the principle of median line, process which persistently refuses to apply in Mediterranean Sea, too.

In addition to the International Law on Cyprus capacity to delimitate its Exclusive Economic Zone and proceed with relevant activities to exploitation of natural resources, U.S.A. officially extended their political support by Assistant Secretary of State Jonathan Coen statement, 07.06.2017, which underscores that “the United States support Cyprus rights to exploit the natural resources within its EEZ” .

It is very important that, Cyprus rights on its EEZ are purely based on the International Law. Turkey’s “legal argument” was a threat in the form of a letter to the United Nations that “if the Energy program of Cyprus will not stop, then Turkey will proceed with the necessary measures”!

International Law from one side, threats as a reply, from the other.

Until when this (un)balance could go on?…

A certain picture of Turkish behavior has been drawn by Akinci himself, since last April, when he underlined that “If Greek Cypriots start drilling works, before reaching a solution on Cyprus’ problem, then there will be a great tension”. This statement, “translated” in simple words gives the message : “Not only is there an occupation, not only is there no solution to the problem, but until then, – and we are not in a hurry – you are immobilized, you don’t progress, you can do nothing”.

Discussions for a political solution on Cyprus’ problem and drilling works within Cyprus’ Exclusive Economic Zone are distinctly different procedures, autonomous and parallel, which they are not  crossed at any point.

The aftermath of Crans Montana talks.

In 1997, Turkish Prime Minister at that time Mesut Yilmaz underlined that “Turkey’s vital interests are not vested only in the Turkish Cypriot community but in Cyprus as a whole”.

Many other statements, with the same content and towards the same direction, by Turkish high officials – including former Prime Minister Ahmet Davutoglu – have enriched Turkey’s permanent rapacious intentions against Cyprus.

Cyprus remains the unique case, where a minor community of 18% wishes to impose – and in a great extend it has succeeded to do so – its will and “regime” to the majority and finally to the whole population.

That goes far beyond from what we call “political equality”, which is and must be valid and respected erga omnes. Indeed, the quantitative criterion of the population has not been evaluated and taken into account in its own dimensions until now.

Turkish Foreign Minister Melvut Cavusoglu has openly talked for a potential future solution “based out of U.N. parameters”, adding that “we will continue efforts for a settlement within different parametres”. In addition, President Erdogan said that Turkey has a Plan B or Plan C for Cyprus, out  of the U.N. framework, of course.

The irony of this great insult to the United Nations is that it has been produced in presence of the U.N. Secretary General  Antonio Guterres in Crans Montana!

The international community has to react promptly to this situation. If Crans Montana is “the last chance for Cyprus” according to Jean Claude Juncker, then what after?

The international media shown Turkey as responsible for the discussions collapse in Crans Montana. In this context, leader of major opposition party Kyriakos Mitsotakis statement that “Turkey has to decide, either to be a stable or uncertain ally” acquires an increased importance.

Now, more than ever, the dossier of Cyprus must remain in the hands of the international community. It cannot be “turkeyfied” or pulled by Turkish “initiatives out of U.N. framework”.  To this end, the words of U,N, Secretary General Antonio Guterres “Crans Montana outcome does not mean that other initiatives cannot be developed ”, constitute a priority to the right direction.

THI is Hosting Its First Ever Speaker Series in Washington, DC

NEW HOPE in THE HORIZON