GreeceCyprus : A new Round of Talks. How? by Karolos Gadis
FeaturedGreeceTravel

Cyprus : A new Round of Talks. How? by Karolos Gadis 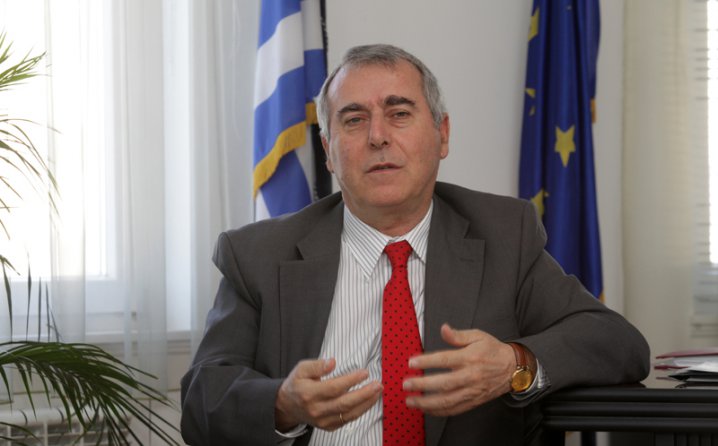 Cyprus : A new Round of Talks. How?

by Karolos Gadis, former Greek Ambassador to Bosnia and Herzegovina and Deputy-Ambassador in Ankara and Washington D.C.

Introduction.  In a theoretical level – and may be in fact – after the (re)election of Nicos Anastassiades as President of the Republic of Cyprus, the way is open forward for a new round of discussions aiming to reach a lasting and viable solution on Cyprus’ problem.

But which is this “Cyprus’ problem”, if not the “continuous Turkish illegal military occupation” of Cyprus’ 38% territory?

Which are the chances of a success of a “new round”, whenever it occurs?

Before any sign of optimism or pessimism, we are obliged to take into consideration some insurmountable parameters of Crans Montana talks.

The “transformation” of Mustafa Akinci  After his election as leader of the Turkish Cypriot community, April 2015, Mustafa Akinci was welcomed by international press as “a leftist moderate, campaigning on a platform of peace, raising hopes of a breakthrough in stalled reunification talks”, investing politically to his election as “an election for a solution”.

Until late of 2016, Akinci proceeded with promising statements for a solution, formulated his positions, many times “difficult” and opposed to Greek-Cypriot ones, but in a fruitful and friendly framework of cooperation, under the constellation of “working for a solution”.

What happened and this moderate politician, changed his position, approach and management of the problem, to 180 degrees, characterizing in January 2017 the proposals of the Greek-Cypriot side  as “unacceptable”, adding that “there will be no solution without continuation of the Turkish Guarantees”?

Some political analysts focus on the meeting Akinci had with Erdogan on 5 January 2017 in Ankara.  Many of them advance the scenario of a squeezing dilemma from Erdogan to Akinci: “Either with my policy or politically you are deleted”. Now, if you are wondering “which is finally Erdogan’ policy on the matter” this is formulated in an Erdogan’s statement in 2006 – and scrupulously kept till now – “If I have to choose between Turkey’s European perspective and my policy on Cyprus, I opt for the second one”.

Cyprus Republic: The great victim.  The international community has repeatedly and in absolute terms condemned, the Turkish military invasion and occupation, the mass violation of Human rights, the forcible eviction and displacement of nearly 200.000 Greek Cypriots (40% of the total number of Greek Cypriots in 1974) in form of ethnic cleansing.

In the mid 90’s a general discussion took place within the European Parliament as to whether Rauf Denktash, Turkish-Cypriot leader at that time, should be transferred to the International Criminal Tribunal, in the Hague, for Crimes against Humanity. The Greek-Cypriot side was obliged to have as interlocutor this man.

“Obliged”, because Cyprus problem has some specific and unique characteristics: It is the first time where, in order to find a solution, the victim has to negotiate with his perpetrator(!).

Moreover, when the victim has pencils and papers while the perpetrator holds guns and ammunitions!

In particular, referring to the tragic fate of over than 1600 Greek Cypriots and Greeks missing persons, as a result of the 1974 Turkish military invasion to Cyprus, Mr. Rauf Denktash’ statement in the Turkish TV, 01.03.1996, that “…the missing Greeks and Greek Cypriots had in fact been killed in 1974 in cold blood by Turkish Cypriot irregulars” , does not allow any margin of hope, displaying at the same time his real portrait.

A permanent Turkish policy on Cyprus On 28.01. 2017, “the Economist” published a thorough analysis with the eloquent title “Cyprus will be reunified, if Turkey’s president allows it”.

On 13.01.2017, Recep Tayyip Erdogan stated that “Turkish troops will be in Cyprus forever”, leaving zero possibilities for further discussion.

It is obvious that no “normal state” – according the U.N. Secretary General Antonio Guterres – could have foreign army in its territory and accept “rights of intervention”, by a third country on its territory. On this point  all the parties and the international community coincide (U.N., E.U., U.S.A., Greece, Republic of Cyprus, United Kingdom) except Turkey.

Turkish Foreign Minister Melvut Cavusoglu statet, in cold blood, during the Crans Montana talks, that “Yes, we want the Turkish troops to stay in Cyprus, because it is likely to use them in the future, when need be. We want to have the right of intervention”.

Nevertheless, the most appalling fact is that the goal of “annexation” of the occupied territories to Turkey, started decades ago, as many statements, regulations and texts from the Turkish side give a full confirmation on that respect.

Cyprus capacity to delimitate its Exclusive Economic Zone and proceed with relevant activities to exploitation of natural resources, is based to the UNCLOS and the International Law. U.S.A. officially extended their political support by Assistant Secretary of State Jonathan Coen statement, 07.06.2017, which underscores that “the United States support Cyprus rights to exploit the natural resources within its EEZ”.

Turkey’s “legal argument” was a threat in the form of a letter to the United Nations that “if the Energy program of Cyprus will not stop, then Turkey will proceed with the necessary measures”!

Discussions for a political solution on Cyprus’ problem and drilling works within Cyprus’ Exclusive Economic Zone are distinctly different procedures, autonomous and parallel, which they are not crossed at any point.

Crans Montana talks. In 1956, Turkish Cypriot leader Rauf Denktash stated that “Even if Turkish Cypriots did not exist, Turkey would have to invent them”.

In 1997, Turkish Prime Minister at that time Mesut Yilmaz underlined that “Turkey’s vital interests are not vested only in the Turkish Cypriot community but in Cyprus as a whole”.

After the end of Crans Montana talks, Turkish Foreign Minister Melvut Cavusoglu has openly talked for a potential future solution “based out of U.N. parameters”.

The irony of this great insult to the United Nations is that it has been produced in presence of the U.N. Secretary General  Antonio Guterres in Crans Montana!

The international media shown Turkey as responsible for the discussions collapse in Crans Montana.

Now, more than ever, the dossier of Cyprus must remain in the hands of the international community. It cannot be “turkeyfied” or pulled by Turkish “initiatives out of U.N. framework”.  To this end, the words of U,N, Secretary General Antonio Guterres “Crans Montana outcome does not mean that other initiatives cannot be developed ”, constitute a strong sign of hope.

A new round of talks: How?  In the light of the above, one – even a pro-Turkish observer – could wonder what kind of chances for a success, a new round talks initiative could have.

For more than forty years the United Nations and the international community try, in good faith and good will, to “negotiate” with the Turkish perpetrator.

It is the first time, in contemporary international politics, where the victim is “obliged” to negotiate with its perpetrator!

For forty years, Turkey understands international community’s good faith and will, as a “legalization of the perpetrator as interlocutor”.

Even the “right to take action”, foreseen in article IV of the Treaty of Guarantee, 1960,  a Treaty which is repeatedly invoked by the Turkish side, has a very limited duration “…with the sole aim of re-establishing the state of affairs….”.

The most contradictory, is the fact that the aim of the Guarantee Treaty is Cyprus’ territorial integrity, independence and promotion of cooperation, which is blatantly violated by the illegal Turkish military occupation of 38%  of Cyprus territory and repeatedly condemned by the international community.

Yes, Cyprus is a unique case.

All the international bodies, from U.N. to E.U. and other international organizations – even in some cases those who have not a particular friendship with Cyprus – coincide: The military occupation is illegal and must end.

Perhaps it is high time for the international community to play a catalyst role, promoting International Law and Peace, in a win-win approach, in place of an illegal military occupation and divisive policy.

How is it possible for Turkey to disdain for so many years, so many decisions and exhortations of the international community?

Does Turkey believe that she is standing above it?

Margaret Thatcher used to say “You cannot make an omelet without breaking some balls”!

Who has the balls and who can make an omelet in Cyprus’ case?