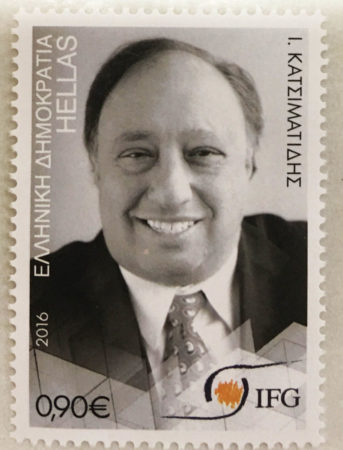 On September 1, 2016, John Catsimatidis, founder of the Red Apple group, received the prestigious entrepreneurship award of The International Foundation for Greece.  The event was held at the marvelous Acropolis Museum.  Alongside Mr. Catsimatidis, Dr. Peter H. Diamandis, Rita Wilson, Costa-Gravaras, and George Stephanopoulos were also honored.

The Greek Post Office (ELTA) has inducted these recipients into the “Distinguished Greek Personalities” series in which each recipient will be honored by their own special stamp.

The International Foundation for Greece Awards were created to honor Greeks outside of Greece, who uphold the Hellenic principles and ideals within their work.