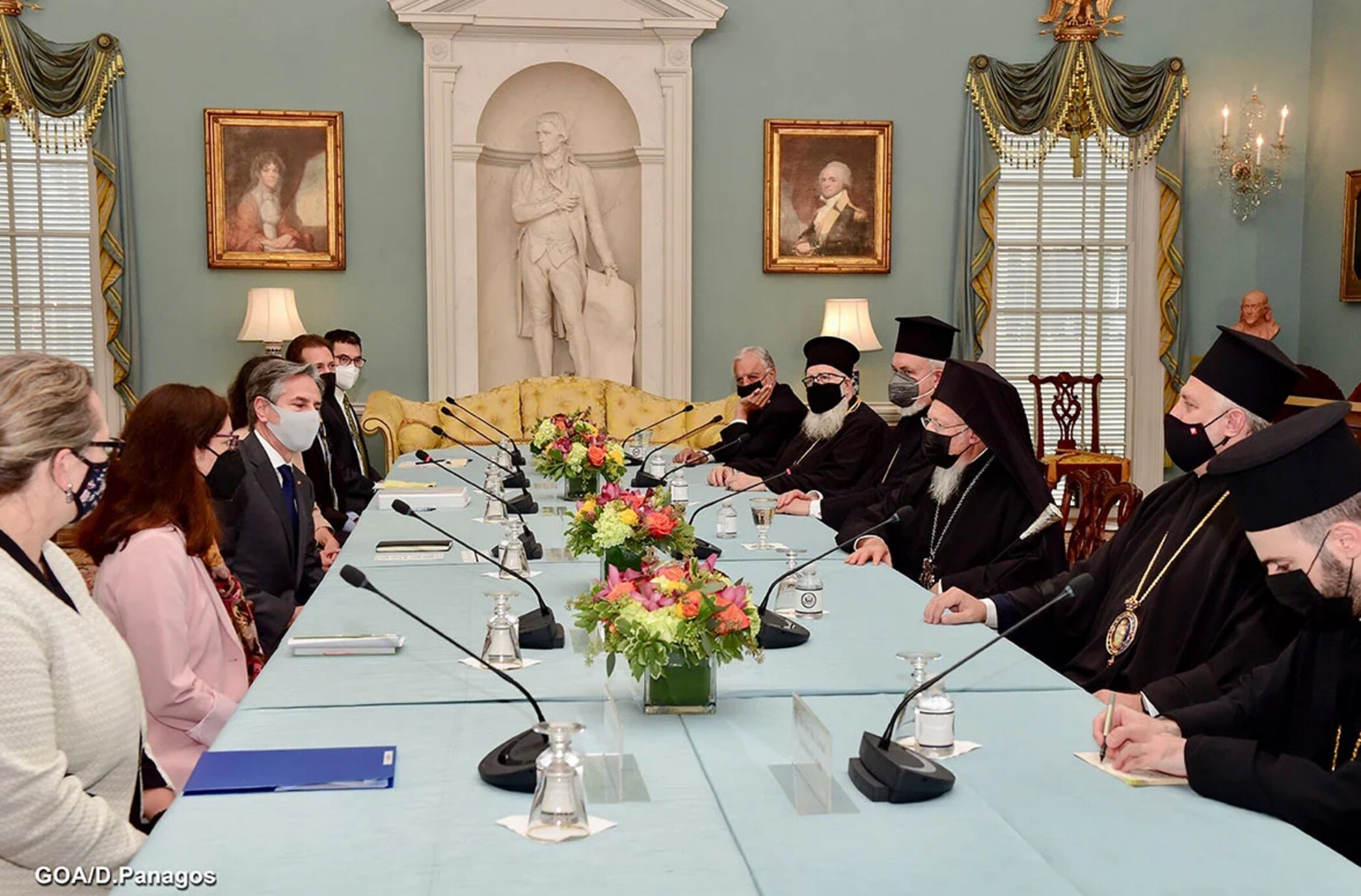 His All-Holiness informed Secretary Blinken about various issues of concern to Orthodox Christians in the United States and throughout the world as well as about the vision and ministry of the Ecumenical Patriarchate to promote inter-religious dialogue and environmental awareness. In particular, the Ecumenical Patriarch raised concerns about the plight of Christians in the Middle East and Northern Africa, expressing his hope for stability and religious freedom in the region. He also addressed the urgent need for immediate political action in response to the climate crisis, underlining the responsibility of all leaders to fulfil their promises to address climate change. Finally, he emphasized the vital importance of inter-religious cooperation among all faith leaders for the sake of mutual tolerance and peaceful coexistence around the globe.

In a statement, media spokesman Rev. Dr. John Chryssavgis noted: “The Ecumenical Patriarch and the Secretary of State held an extended and productive discussion on a number of issues.  His All-Holiness raised concerns about the plight of Christians in the Middle East and Northern Africa, addressed the urgent need for appropriate political action in response to the climate crisis, and emphasized the role of inter-religious dialogue for mutual tolerance and peaceful coexistence.”