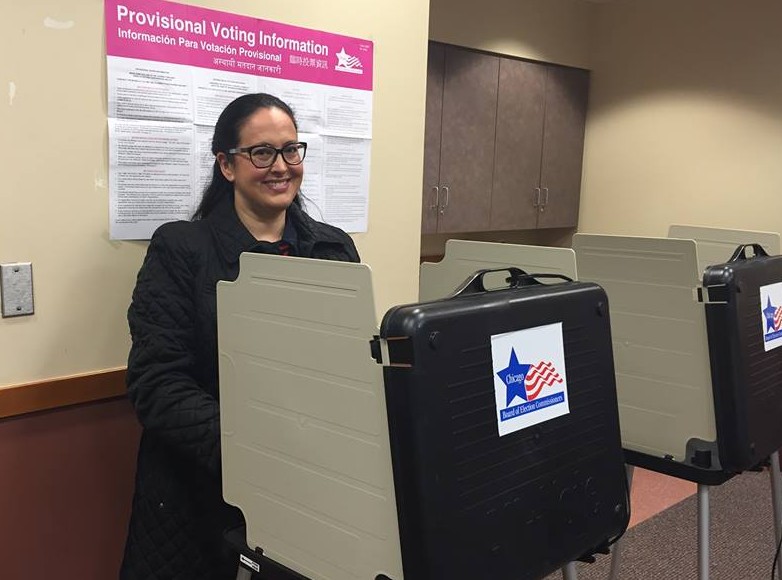 “It’s Election Day in Illinois! Please have you voice heard by voting. I’m asking for your vote. My Punch #133. Vote Mariyana Spyropoulos for Commissioner of the Metropolitan Water Reclamation District.”

Mariyana Spyropoulos is a current Commissioner at the Metropolitan Water Reclamation District of Greater Chicago. She is also an attorney with an MBA. As the only attorney on the Board, she brings a unique legal and business perspective combined with her concern for the environment.

On August 5, 2009, she was appointed by Governor Quinn to the Board of the Water Reclamation District. Since then she ran in the February 2010 primary and placed first out of nine candidates. The campaign was endorsed by the Daily Herald, Chicago Tribune, Chicago Sun-Times as well as Sierra Club, Governor Quinn, and Secretary of State Jesse White amongst other elected officials and organizations.