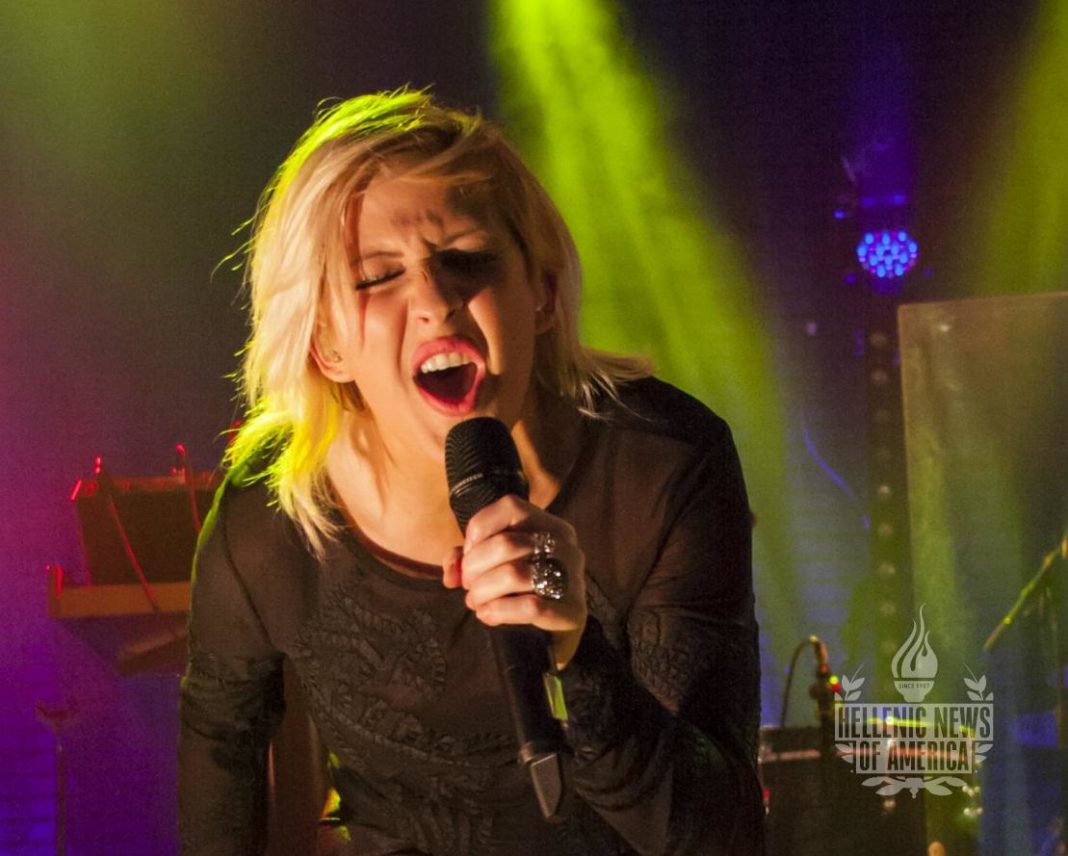 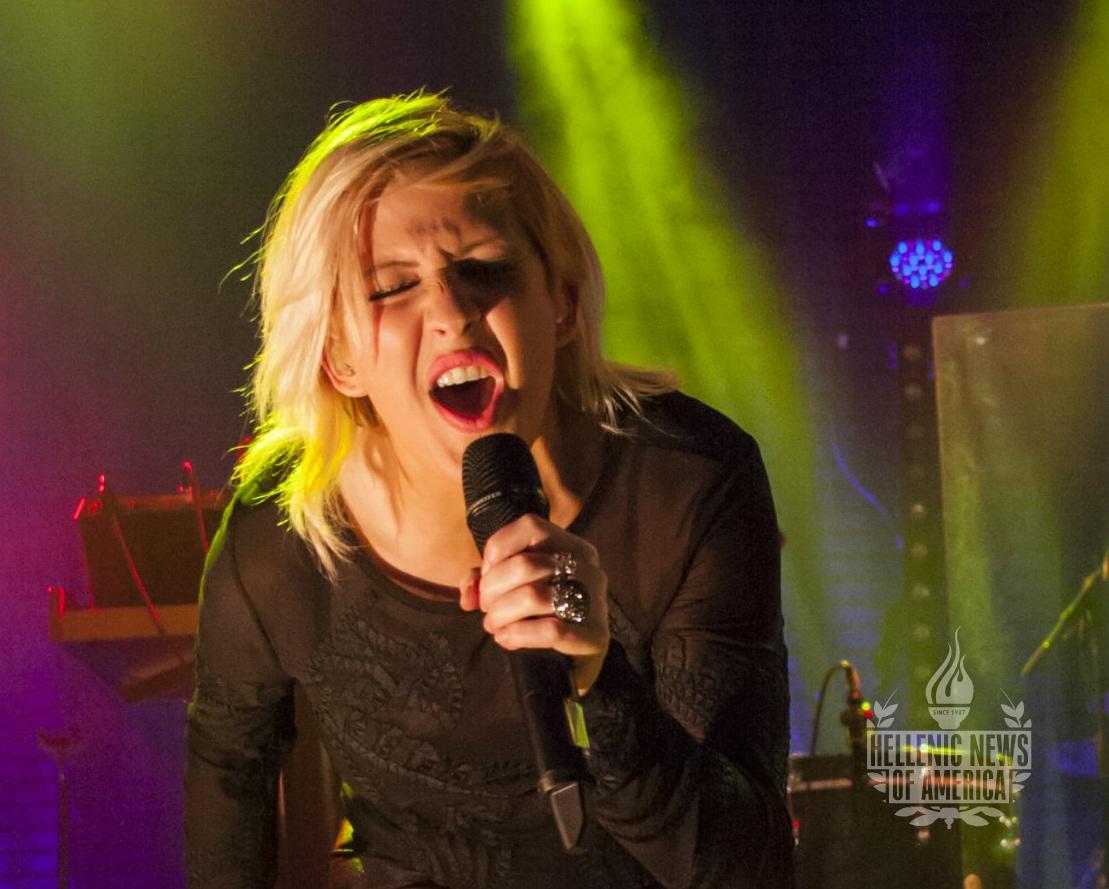 Ellie commenced her show with the upbeat “Don’t Say a Word” and she was greeted with a loud New York applause. She played the drums on this opening tune and her stage was graced in an orange backdrop as she performed “Figure 8.” The audience sang along with her on “Halcyon.”

She played “Guns and Horses,” while backing herself on acoustic guitar. Ellie showcased her vocal prowess on such tunes as the infectious “My Blood,” “Explosions,” “Only You,” “Starry Eyed” and “Without Your Love.”

The two fan-favorite songs of the evening included “Anything Could Happen,” as well as her signature song “Lights,” which concluded with a dubstep remix of the smash pop hit. Her rendition of Elton John’s “Your Song” was just as good and authentic as the original recording.

In summation, Ellie Goulding showed the New York crowd at Terminal 5 what she was made of: charisma, loads of energy and unbelievable natural and raw talent. Her live show garners an A rating. Her vocals were sultry and captivating and she possessed great stage presence. She also looked stunning and she proved that she is one of the most underrated songstresses that contemporary pop music has to offer. One of the biggest snubs in this year’s Grammy awards was the omission of a “Best New Artist” nomination for Ellie Goulding. If the Grammy voters had any doubts, they ought to have seen her live performance at Terminal 5.

Previous articleMWRD Board elects Spyropoulos Chair of Finance
Next articleJanuary 30: The Three Hierarchs