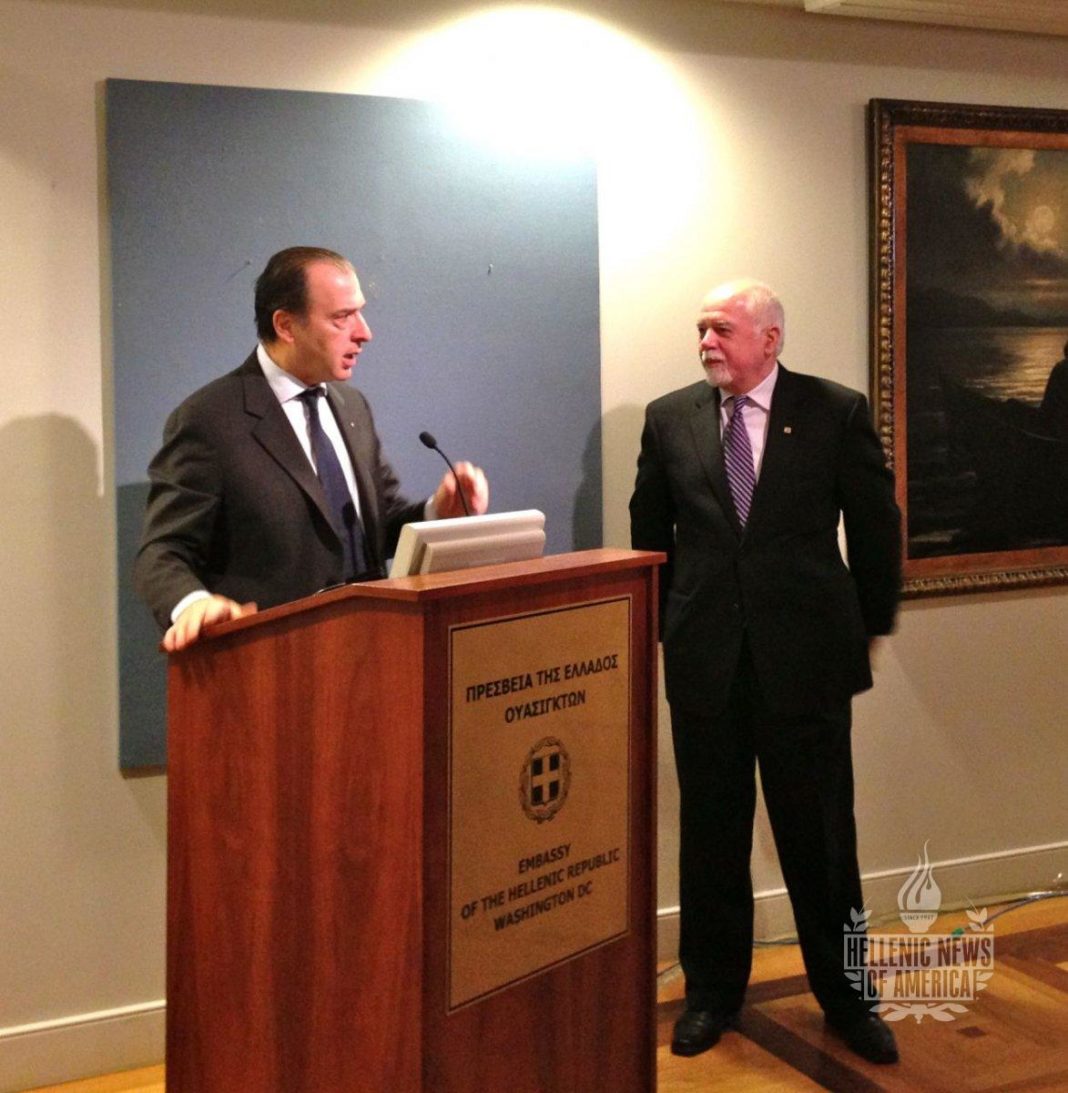 It is an honor and a pleasure to be invited to the Hermes Expo`s milestone 25th Anniversary to celebrate the 25 years of the Greek-American cultural, trade and academic relations that the Hermes Expo International has nurtured by promoting commerce, professional activities and culture since 1992. This institution set the goal to and succeeded in bringing together thousands of business owners and attendees from both sides of the Atlantic, aiming at expanding their business networks and establishing new economic connections.

In this light, I would also like to pay tribute to this year’s honorees, very successful each one in their field and leaders in working towards progress and economic growth, at a time when the objectives and priorities of the international community and the business world are more aligned than ever before. By honoring them we set the example for other entrepreneurs to lead and improve through their work the communities and add to their growth.

On the other hand, by awarding young students Eleftheria Scholarships gives the opportunity to the next generation of Greek-American students to shine academically while gaining a deeper understanding of Greek history and culture.

New generation of Greek and Greek-Americans are working hard on building an environment that welcomes new enterprise and responds to new market forces and a more competitive global environment. Businesses around the world acknowledge more and more first-class export products—goods and services made in Greece, which are viewed favorably in the US market for their quality and innovation. In fact, last year Greek exports to USA increased by 29.2%, consisted of agricultural, as well industrial products, from olives and olive oil to gas pipelines, aluminum and parts of aircrafts.

In 2016 Greece is preparing for a market return, even though the Greek economy is further affected by the unprecedented, since World War II, refugee crisis and the debt-restructuring deal with our creditors is not yet reached. The Greek Government is committed to fulfil its obligations in an extensive effort to become more business friendly and restore investor confidence. To this end, over 100 essential, wide-ranging reform actions have already been implemented.

Greece is working towards creating a more resilient, a more competitive and innovating country, full of opportunities and open to business. In this perspective, I look forward to a most productive Hermes Expo Forum, and hope I can contribute to its success.

Ambassador of Greece to the United States