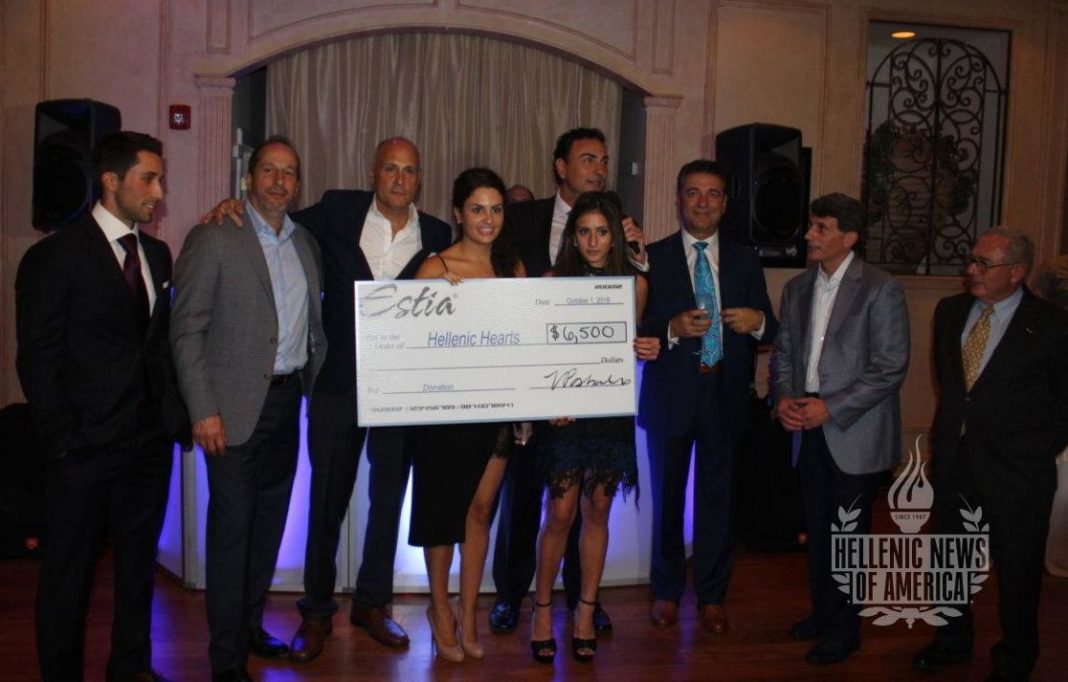 Hellenic Hearts is a new non-profit in the Greater Philadelphia area working hard to provide quick help for Hellenes in need. It offers a needs-based safety net, providing funds for services ranging from financial aid for education to temporary housing, to food assistance. “We have put together an incredible board that is going to work very, very hard to make sure that people that need, and have hardship, will get [help] in an expedited manner,” said John Aivazoglou, Esq., president and co-founder of Hellenic Hearts. 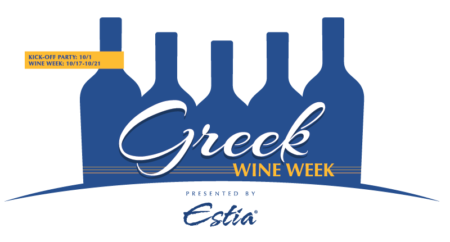 Estia Greek Wine Week was born after Neil Ross, Beverage Director of Estia, visited Greece this past summer and realized that there were several talented wine makers from all over the country.

“The perception of Greek Wine is changing and we want Estia to be a platform for Greek Wine makers to showcase their hard work. Greece has hundreds of indigenous varietals.  Sure, they are growing international varietals such Cabernet, Syrah, Chardonnay, but the true beauty of Greek Wine lies in the fruit of names such as Assyrtiko, Xinomavro, and Agiorgitiko.  Australians are starting to make Assyrtiko, but other than that, these wines are unique to only Greece.  It’s something Greece should embrace and be proud of,” said Mr. Ross.

Estia has made it a concerted effort to introduce the Philadelphia market to the beauty of Greek wine making. According to Mr. Ross, the perception of Greek wine is changing and Estia will serve as a platform for Greek wine makers to showcase their distinctive flavors. Aside from introducing Greek Wines, they will also be partnering with local charities to give back to the surrounding community during their Greek Wine Week festivities.

“Essentially we introduced two new concepts with our inaugural event on October 1st, the quality of Greek Wines and the newly founded charity, Hellenic Hearts. Teaming up with the Aivazoglou family and board members from Hellenic Hearts was an awesome experience and a relationship we look to continue to build upon,” said Mr. Ross.

The Pashalis family, owners of the wonderful establishment, couldn’t be happier with the wonderful turnout of the inaugural event. Their revelry will turn into a Greek Wine Week celebration starting on October 17th till October 21st. Wine lovers get ready, as you will be able to taste wines from several regions of magical Greece. 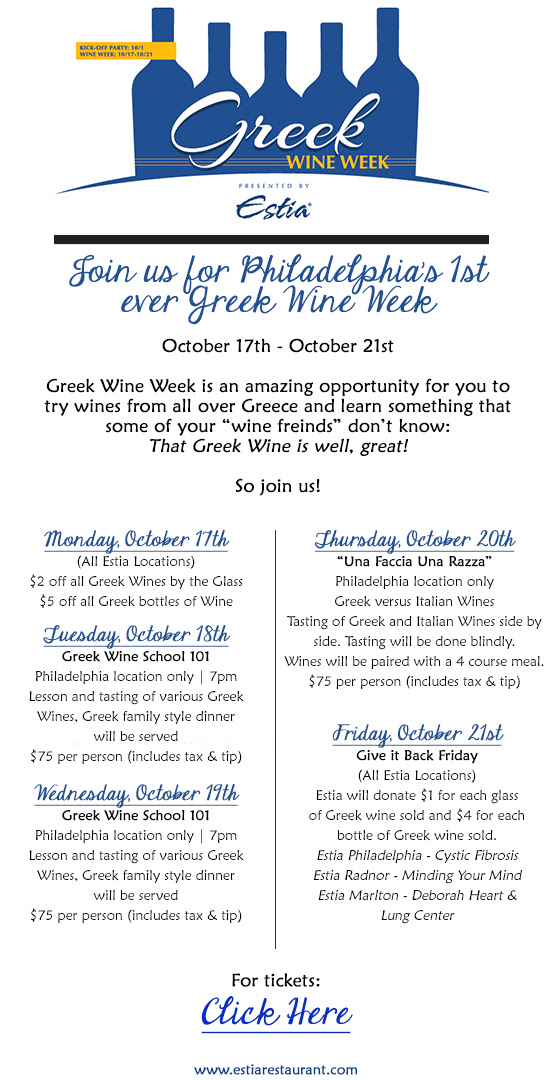