Everyone plays “Bingo” with the Ft. Lauderdale Daughters 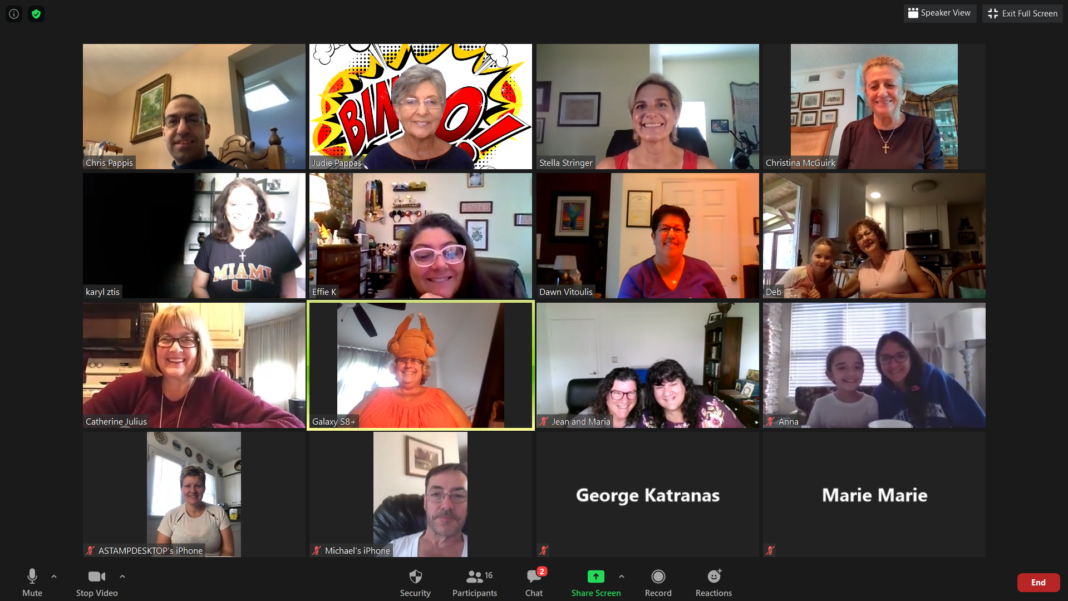 Live from Ft. Lauderdale, FL Daughters of Penelope Narcissus Chapter 289 hosted their second virtual bingo on November 14, 2020 via Zoom! There were 23 players. The chapter was established on December 8, 1957. They will be celebrating their 65th anniversary in 2022 which is the same year as the 100th anniversary of the Order of AHEPA.

We played 10 games which included Regular Bingo, Double Postage Stamp, B & O Railroad, letter “T”, Large picture frame, and Coverall. Gift cards were won from Panera Bread, Dunkin Donuts, Starbucks, and other locations. We are so pleased our 2nd bingo was a success!! Everyone had a great time and there were lots of laughs especially with Mona and her Turkey hat!

We had players not only from Ft. Lauderdale but also from Albany, Johnstown, East Greenbush, NY and from Athens, Greece! So nice to make new friendships!! We are excited to announce we will have a special Virtual Christmas Bingo on Friday, December 11 at 7:30 pm! Please join us!! Lots of surprises!! All proceeds are donated to St. Demetrios Greek Orthodox Church.

Previous articleAHEPA Chapter #64 donates $2,000 to local charities for thanksgiving in the name of Brother John Sempeles
Next articleMaloney & Bilirakis Lead Colleagues in Urging State Dept. to Defend the Sovereignty of the Republic of Cyprus, Hold Turkey Accountable for Illegal Actions in Varosha