Ford Foundation president Darren Walker, recently named one of Time magazine’s 100 Most Influentia Queens College’s 92nd commencement ceremony on Thursday, June 2, at 9 am l People in the World, will deliver the commencement address 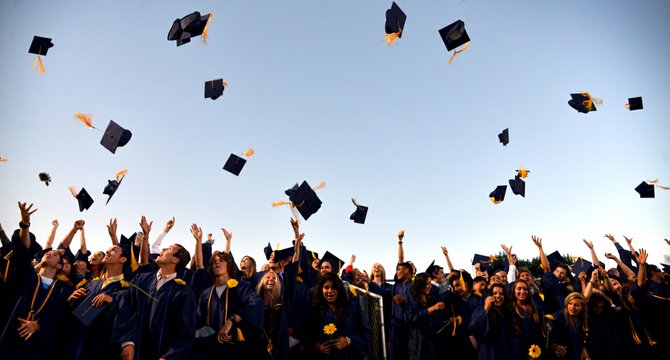 You are invited to cover Queens College’s 92nd commencement ceremony on Thursday, June 2, at 9 am on the campus quadrangle, rain or shine. Ford Foundation president Darren Walker, recently named one of Time magazine’s 100 Most Influential People in the World, will deliver the commencement address and receive an honorary doctorate of humane letters. Noted social scientist Ira Katznelson, who once taught at QC, will also receive an honorary doctorate. The student speaker is Willnide Lindor, who is graduating summa cum laude. A Haitian American who is fluent in both Creole and French, Lindor is the recipient of the Paul Klapper Scholarship, the Paul Zweig Award in Comparative Literature, and the Silverstein-Peiser Award in nonfiction from the English Department.

Among our other outstanding graduates are three Fulbright recipients and two Salk Scholars. Linda Mathew will head to Thailand for a year through Fulbright’s English Teaching Assistant program. Yvette Deane’s destination is Israel, where she will conduct research at Hebrew University. Shani Small will use her Fulbright grant to study global justice at the University of Sheffield in England. Read more about all three Fulbright recipients here.

Salk awardee Danielle Cohen’s research examined how emotional states interact with the ability to function cognitively; she is headed for Hofstra Northwell School of Medicine. Christos Mouzakitis, the son of Greek immigrants, will study to become a cardiovascular surgeon, having been deeply influenced by his experience with his father’s stroke and open-heart surgery and his mother’s coronary artery disease. Read more about our Salk scholars here.

Media parking will be available; please bring press ID and enter at Gate 2/Melbourne Avenue and 150th Street no later than 8 am. Press kits and programs will be available at the media sign-in table next to the stage.

Images of honorees and outstanding students are available upon request.