CommunityFreddie’s California Caramels and the Greek Influence
CommunityFood and Travel 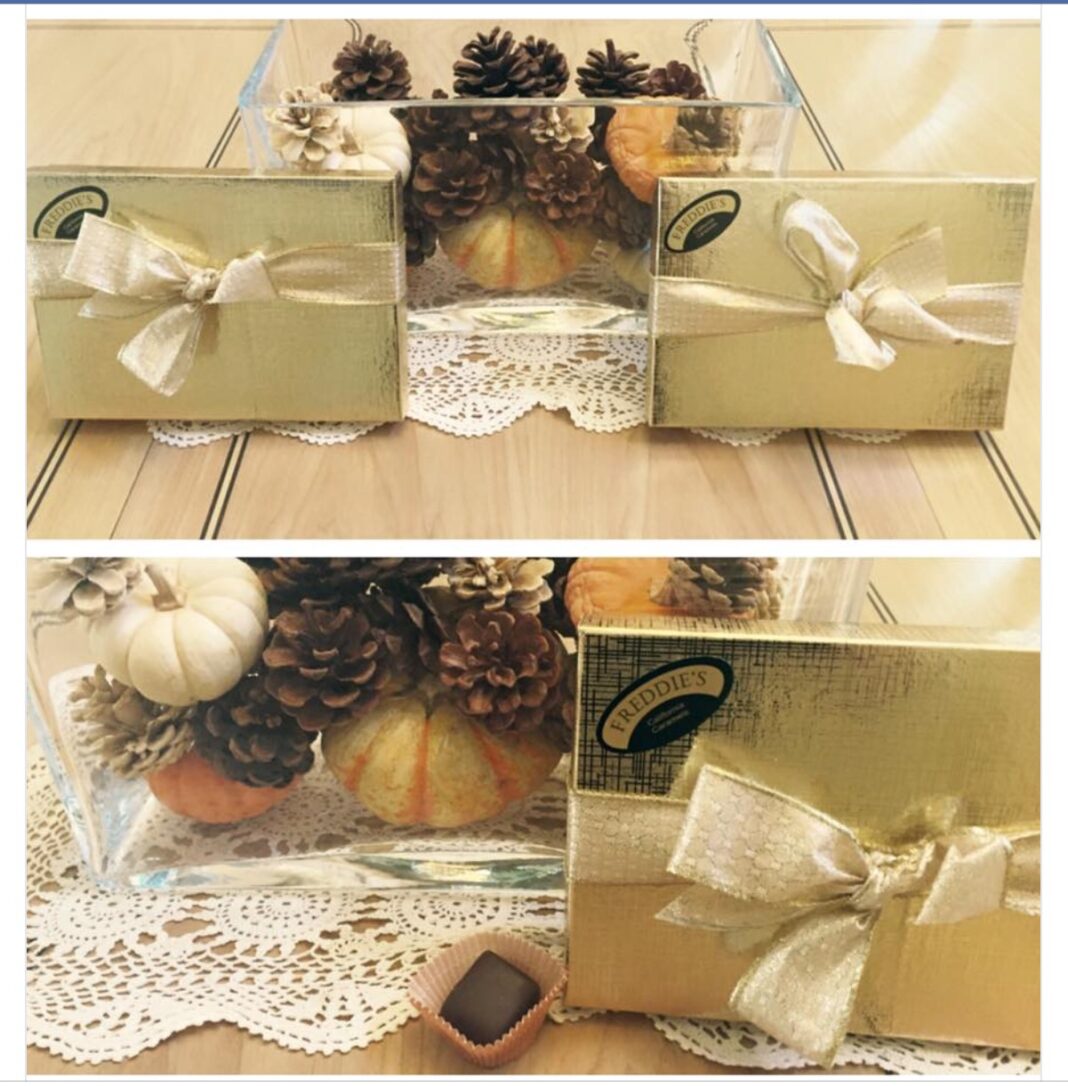 What does caramel candy made in California have to do with Greece? Plenty!  When Fred Georggin started his caramel making business in San Diego, Greek roots played a big part.

Fred’s father grew up in Kapsia Village in the Peloponnesian mountains and eventually moved to Southern California.  His mother’s side of the family were already in Los Angeles and happened to be from the same village.  During his youth, Fred grew up on his mother’s and aunts cooking and was especially fond of their Kourambiethes, loukoumades and baklava to name a few.

When he retired from being a high school counselor, his wife Angie gave him a cookbook which began the process of making caramels. He told me the candies did not always come out exactly right, so he perfected his own recipe.  Fred listened to his inner self (eudaimonia) and came up with a batch of caramels he was proud to share with others.  Encouragement from others poured in and suggested he sell his confection. The next chapter of his life was cooked up in his kitchen.

Patience and diligence were his strengths as he pursued business licenses and the best packaging to make the caramels in his home.  His first holiday season seven years ago was epic as he made the caramels using a watchful eye over pots of simmering caramel mixtures.  His wife Angie individually wrapped and boxed nearly 400 pounds of caramels, including hand-tied bows.  Growing up, Angie helped her family assemble food at Greek festivals, so putting together hundreds of boxes of caramels was an organized success.

The vanilla caramels, yes, chocolate dipped too, are known for being soft and not too overly sweet. Being individually wrapped, I found them easy to sneak into my pockets for a day of running errands.

And I am not the only one carrying them on the road, Freddie’s caramels have been taken as gifts to many destinations. In fact, Fred and Angie take a suitcase full of caramels for family trips to Greece because they must!

Fred and Angie are on the board of directors of the San Diego Hellenic Cultural Society whose mission is to provide Hellenic education.  You can bet caramels are brought to the board meetings and donated for charity events.

What might appear to be an unusual combination, Fred makes his Greek heritage and love of caramels into something special.

Previous articleΔιερευνητικές, Γύρος Νο 61
Next articleA special event from a School like no other