GreeceCyprusGENNIMATA: "The division of Cyprus that Turkey seeks must not pass"
GreeceCyprus

Cyprus President Anastasiades: Turkey will also gain from a just solution to the Cyprus issue 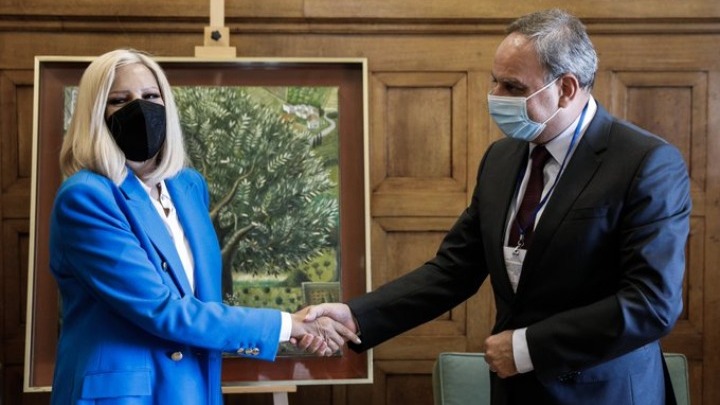 AKEL Secretary General Stefanos Stefanou and a delegation of the party were met by the president of the “KINIMA ALLAGIS”, Fofi Gennimata. In statements after the meeting, Mrs. Gennimata expressed the concern about the course of the Cyprus issue.

He said that Turkey is trying to create a complete, contrary to the UN decisions and stressed that its pursuit of division of the island should not pass.

“It is a goal that is contrary to the decisions of the international community so far. The discussions must start again from where they left off, within the framework of the strategy of the bi-zonal-bi-communal federation. This demands the interest of Cyprus “, stressed the president of the “KINIMA ALLAGIS”.