Gerasimos “Gerry” Giannatos of Wilmington, DE, passed away on December 4, 2017. 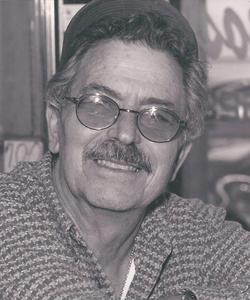 Gerry was the son of Panagi and Lambeto Giannatos of Cephalonia, Greece.

He was well known in Wilmington as owner and manager of Spiros Prime Meats, 707 King Street where he spent 50 years catering to the public of Wilmington. He later closed shop and spent the next 10 years at Janssen’s Market in Greenville in the meat department.

Gerry served his country by joining the U.S. Army- 101st Airborne Division during the Korean War from 1950-1953.

He has the honor and privilege of being one of the first foreign-born national to have enacted a private law, 607 in the 83 Congress Chapter 671- 2nd Session, S. 120.

This law made Gerry and American Citizen through an act of Congress. He was sponsored by the late Senators, J. Allen Frear of Delaware and the Margaret Mitchell of Massachusetts. This law became effective August 13, 1954 and passed both Houses of Congress and can be found in the Library of Congress.

Gerry served as President of the 1980 Parish Council and also coordinated the Greek Festival for many years. He also was a member of the Order of Ahepa, the Masonic Oriental Lodge # 27 and Nur Temple, serving as Commander of the Legion of Honor in 1962.Gerry is survived by his wife of 56 years, Anna (Pappas) Giannatos, his sons, Stavros Giannatos (Theresa), and Christian Giannatos and, his sisters, Aglaia Efthymiou, Anna Orfanides.

During Gerry’s final days he was at Christiana Care, Wilmington Division and St. Francis Compassionate Care Hospice where he received excellent care. The family wishes to thank the ER team of Doctors and Nurses who cared for him.