Gods and Marginal Atheists in the Greco-Roman World 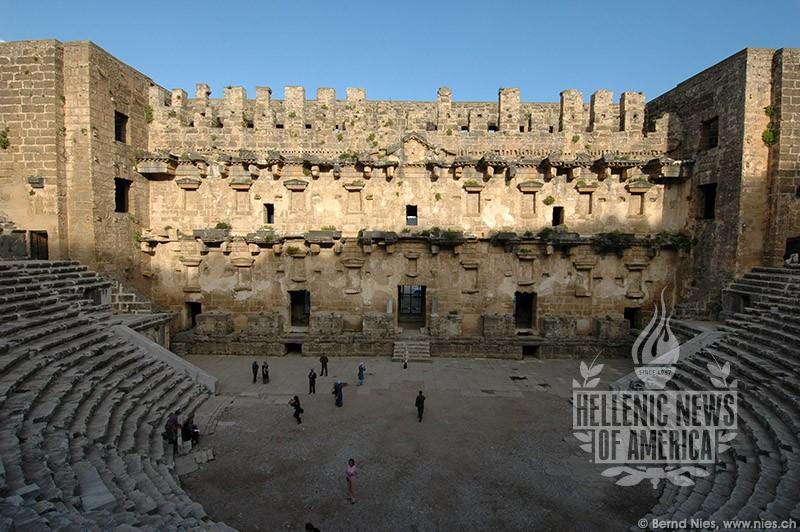 Reading Homer’s Trojan War epics, the Iliad and the Odyssey, is an eye-opening introduction to Greek civilization. The stories are full of heroism, sacrifice, and patriotism. Odysseus turned down goddess Calypso’s immortality. He preferred returning home to Ithaca to his wife Penelope and son Telemachos.

The Iliad and the Odyssey paint a picture of how Greeks lived their lives, fought their wars, and venerated their ancestral gods.

Indeed, those gods may have caused the Trojan War. Aphrodite promised the world’s most beautiful woman to the Trojan prince Paris who kidnapped the Spartan queen Helen, thus triggering the war. Once the Greeks surrounded Troy, Apollo sides with the Trojans and Athena and Hera with the Greeks. Sea nymph Thetis, mother of the Greek superhero, Achilles, asks Hephaistos for new weapons for her son. Achilles enters the battle and kills Hector, the superhero of the Trojans.

Poseidon disliked Odysseus because Odysseus blinded his son Cyclops Polyphemos. The soldiers of Odysseus ate the sacred cattle of the Sun god Helios. This made Helios and Zeus furious. Zeus killed the crew of Odysseus. Odysseus would not have reached Ithaca without the guidance and protection of Athena.

Aristotle taught the Homeric epics to Alexander the Great. Alexander carried the Iliad with him.

The Greeks were polytheists. They expressed their piety to their gods with sacrifices, celebrations, and athletic competitions.

However, the Greeks did not have sacred texts or clergy. This led them to invent democracy, natural philosophy, and science.

The anthropomorphic gods remained symbols of immortality. The Earth and the stars were immortal gods. Mythology relates stories of gods having children with Greek women.

The fifth century BCE historian Herodotos said in his “Histories” that the early Greeks worshipped the gods because the gods set everything in order. Homer and another great epic poet, Hesiodos, gave gods their names.

The fact that the Greeks included the star-gods in their cosmology prompted them to study nature and the cosmos. They became pioneers on how the world works. As a result, Greek astronomy, mathematics, physics and engineering flourished for centuries.

Meanwhile, Greeks adorned their homes and polis with altars. They constructed thousands of temples dedicated to the gods. The temples embodied the Greeks’ highest virtues of piety, science, architecture and beauty. The Parthenon, the pinnacle of Greek civilization, was dedicated to Athena.

The Olympics and the other Pan-Hellenic athletic competitions were also dedicated to the gods. The games brought all the Greeks together. They were indispensable to Greek identity and unity.

No polis would start a war, embark on colonization of foreign land, or launch other major policies without consulting the oracle of Apollo at Delphi.

Asclepios, son of the Greek woman Koronis and Apollo, was the god of scientific medicine.

Despite the overwhelming presence of the gods in Greek life, not all Greeks felt at home with them. A few philosophers questioned the behavior of the Olympians. Indeed, some Greeks rejected the gods.

Tim Whitmarsh, professor of Greek culture at Cambridge University, is certain that Greece had its own atheists. His book, “Battling the Gods: Atheism in the Ancient World” (Alfred A. Knopf, 2015), is a fascinating and timely examination of atheism in antiquity.

Whitmarsh starts in archaic Greece and ends with the Christianization of the Roman Empire. He covers more than a millennium of Greek history.

Most of the Greek thinkers respected the gods and devoted themselves to natural philosophy. For example, Thales of the seventh century BCE predicted a solar eclipse and posited water as the maker of all. He thought the world was full of gods.

Reason and the gods triumphed in Plato. But the poison of the Peloponnesian War in late fifth century BCE made Athenian democracy dangerous. It put Socrates to death.

When Alexander the Great died in 323 BCE, Aristotle left Athens so Athens would not repeat its crime against philosophy. Aristotle invented science. In his will, however, he left money for sculpturing statues honoring Zeus and Athena.

Whitmarsh expands Sextus’ Skeptical vision of atheism with his modern speculation of what makes people atheists. He sees technology and conflicts between science and religion as catalysts for atheism. Nevertheless, he admits ancient atheists were marginal. Greek atheists, in fact, looked like “scattered dots” because “Greeks never envisaged the future as technologically different from the present.”

On the contrary, the Greeks treasured innovation and dreamed of a technological future. They built the Antikythera Mechanism, the world’s first geared astronomical computer in the second century BCE. This modern-like machine predicted the will of the gods. It accurately forecasted solar and lunar eclipses. It also helped the priests plan their sacrifices when the gods expected them.

Whitmarsh is real insightful, however, in bringing out the contrast between polytheism and monotheism. The greatest difference relates to war. Polytheism avoids war for spreading its ideas. Monotheism does not.

Whitmarsh ends his insightful book with the Christianization of the Roman Empire in the fourth century. Atheists, he says, did pretty well under Roman rule. But the Christians did not want atheists among them. In 380, Emperor Theodosius I ordered the non-Christian subjects of his vast realm to become Christians. He threatened polytheists and atheists with severe punishment and death. He branded them “heretics” and “demented lunatics.”

Whitmarsh says Christianization merged the omnipotent Christian god and the emperor into one mighty tyrant. The religious and political authority of the emperors and the clergy reached deep down into the “hearts and minds” of Greek and Roman polytheists and atheists.

Evaggelos Vallianatos, Ph.D., is a historian and author of several books, including “Poison Spring.”